Its walls will teach you the meaning of big

Are you in or on your way to Shikoku? Consider stopping off at Marugame Castle in Kagawa Prefecture’s Marugame City. The castle tower may be small, just three stories, but don’t let that stop you, the castle tower is one of the 12 remaining original castles in Japan. The present structure dates from 1644! And while the castle tower is small, the ishigaki (stone foundations) more than make up for it. A more imposing wall of stone you will not find anywhere else in Japan (and perhaps the world).

Having completed Takamatsu Castle in 1597, Chikamasa Ikoma, the ruler of Sanuki Province (Kagawa Prefecture’s old name), turned an existing fortification in Marugame over to his son Kazumasa. Kazumasa Chikoma began a complete renovation of what would become Marugame Castle, including the construction of the massive ishigaki. Much of Kazaumasa’s castle was dismantled in 1615 following a decree by the Tokugawa Shogunate that each province would only be allowed one castle. This decree was passed to make a rebellion against the central government more difficult.

In 1641, Ieharu Yamazaki was granted a fiefdom in what is now western Kagawa Prefecture for his efforts in putting down a 1638 rebellion. He constructed and renovated what would become the present day castle on the ruins of Kazumasa Chikoma’s castle. Marugame castle was completed in 1644 and changed hands only one time, in 1658 before the the Meiji Government seized control of all castles across Japan in 1868. A fire in 1869 and a government ordered dismantling in 1870 destroyed most of Kagawa Castle’s buildings. Only the castle tower, the Ote Ichi no Mon Gate, and the Ote Ni no Mon Gate still stand. All three structures are, however, original 17th century constructions, and all three have been designated as important historical and cultural assets.

I was on my way to Matsuyama when I first saw the white and black tower of Marugame Castle sticking up above the many buildings of Marugame City. That one view called to me and being a fan of castles, I came.

My first unobstructed view of the castle stopped me cold. Before me a mountain of stone rose well over a hundred feet above the surrounding area, eclipsing the modern buildings by a massive amount. I was astonished to learn that this 50 meter tall mountain of rock and earth is entirely manmade. Crossing one street, and then passing through the Ote Ichi no Mon Gate is all one has to do to leave 21st century Japan behind. Almost. Marugame Castle has been converted to a nice park with lots of trails, benches and picnic areas.

There are plenty of trees to provide shade and many vantage points from which to overlook the city and the Seto Inland Sea (and imagine yourself to be a samurai guarding the castle against attack), and of course there is the castle and its walls. Marugame Castle Tower is small at just three stories but being an original 17th century building, it does provide that feeling of old Japan. It’s a great place to spend an hour or two. Happy travels!

Find out more about Marugame Castle. 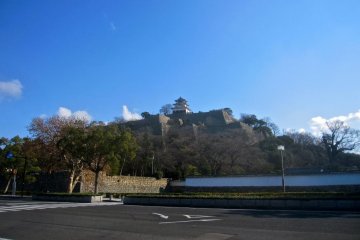 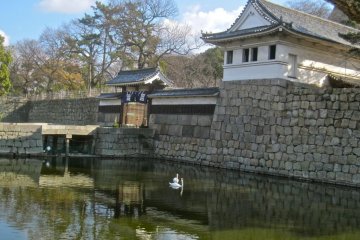 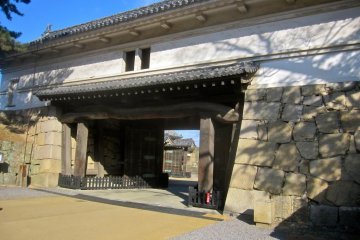 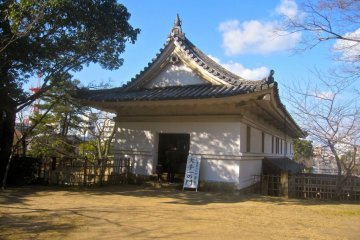 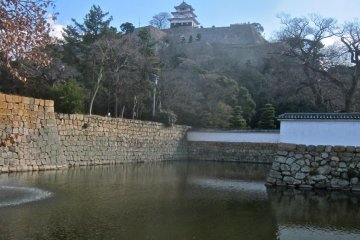 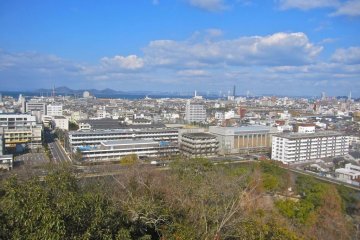 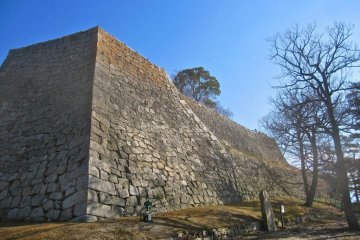 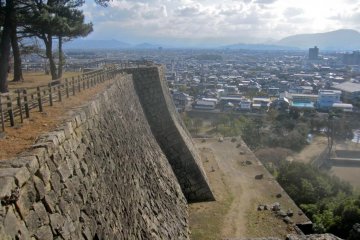 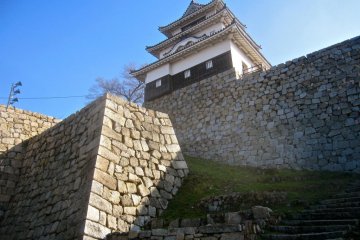 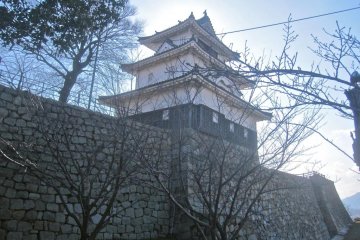 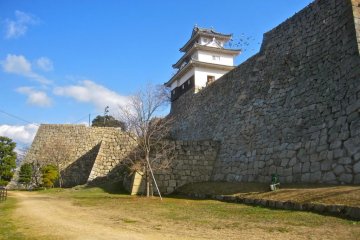 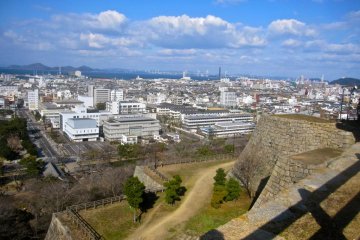