Would you believe me if I told you I'd found a place to stay that was really cheap, but provided breakfast, a bath, jacuzzi and sauna, also with massage chairs, a manga library, and reclining chairs with built-in TVs? Such bargains can be found, and First Inn Takamatsu is one.

You might be asking yourself what the catch is; well, First Inn is a capsule hotel, of the kind popular with salarymen who have one drink too many at the yakiniku bar and end up missing their last train. You don't get a room as such, you sleep rather in a box, roughly one meter square by two meters deep, with a mattress, blanket, pillow, screen door for privacy and, if you pay a little more, a small built-in TV. They do have private rooms, single or semi-double, but I decided to sample the different experience of the capsule.

However, I only used the box for sleeping; what I enjoyed about First Inn was the other facilities. The large communal bathroom has a handful of different baths, including a massage jacuzzi and, if you're feeling hardy, a cold bath in which to cool off between spells in the satisfyingly hot and steamy sauna. (The capsule floors and facilities I describe are only for men; women need to use the private rooms, and have a separate sauna floor, which I obviously didn't see.)

Upstairs from the sauna is the 'relaxation' floor. There's a small kitchen/cafe which serves light meals, and where breakfast is served; near that you have a lounge with comfy chairs and a big-screen TV at the front and, if you want to choose your own channel, another lounge with large reclining chairs with individual TV screens. (I found the channel selection system a little difficult to navigate here, but eventually got used to it.)

For those who don't want to watch TV there's a reading lounge with shelves and shelves of manga, a room with free massage chairs, a separate massage room, and a dedicated mah-jongg room. It is possible to pay to use just the sauna and relaxation floor and, if you're sufficiently drunk, tired or short of cash, to spend the night in one of the reclining chairs; more than one man did just that.

It`s not as if the prices are high, though: the cheapest capsules are a mere ¥2500, going up to ¥3000 for a floor-level capsule with built-in TV, while an en-suite single is still pretty cheap at ¥4500.

The location is very central and convenient, just three minutes' walk from Kotoden Kataharamachi station, from which you can get to Yashima and its attractions, including the Isamu Noguchi Garden Museum. It's also only a little further from JR Takamatsu station and the ferry terminal, and is also within walking distance of Takamatsu's covered shopping arcades, Tamamo Park, and Ritsurin-Koen, the traditional garden that's the city's main attraction.

Cheap, fun and a uniquely Japanese experience, everyone who goes to Takamatsu should stay a night or two at First Inn! 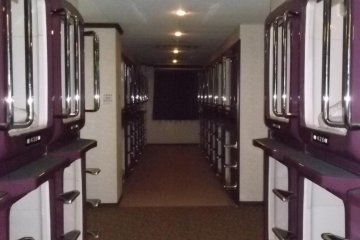 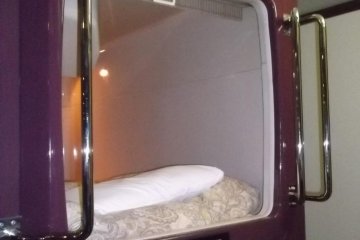 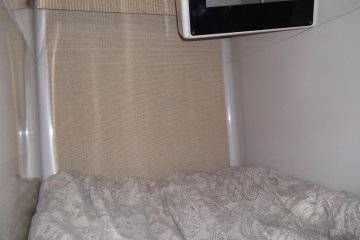 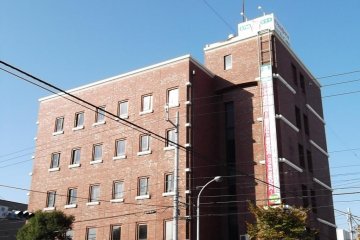 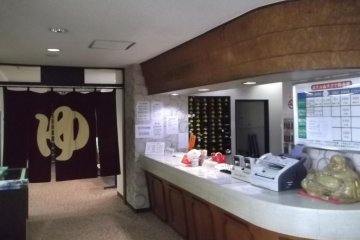 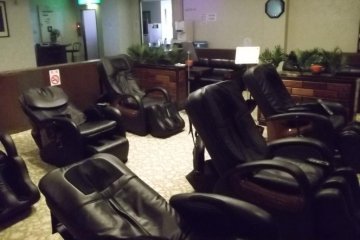 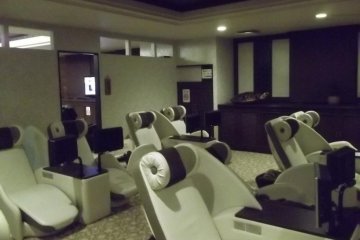 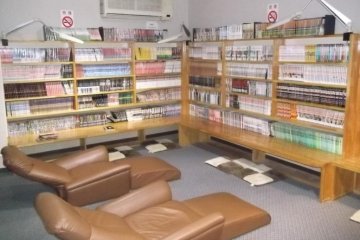 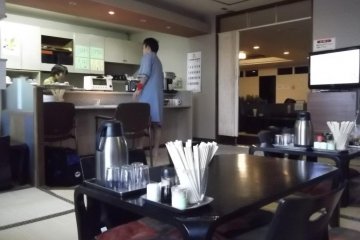