Cheap food and drinks in a lively atmosphere

Whichever city you visit in Japan, a good place to look for eating and drinking options is around the station, and Kagoshima is no exception. There are scores of restaurants, cafes and bars within a few minutes of Kagoshima Chuo station, as I found when I was looking for somewhere to have dinner one night. I eventually settled on Donto, which lured me in with its striking entrance, and I was glad I did, as I had a good feed without spending much.

It was a Friday night that I was there, so it was full of office workers starting their weekend, which made for a lively atmosphere, what with their cheery chatter, the upbeat music, and the chefs' calls from the open kitchen behind the counter. It's a shoes-off place, with customers sitting at low tables on the raised tatami floor, or at the short counter. The decor is just a big jumble of posters, lanterns, thundersticks and dozens of bottles, many of which are probably 'keep bottles' belonging to regular customers.

I ordered myself some tako-kimchi (octopus with spicy pickled cabbage) and some fish dumplings, only to be told they weren't available; I guess the menu depends on what they've found at the markets on the day, which at least assured me that everything was fresh. I went instead for some diced chicken steak, chosen by observing what my neighbors were eating, which arrived still sizzling on a hot metal plate; this was deliciously tender, and went well with the accompanying onion, fried so soft it was almost caramelized. On the side I had a block of smooth, firm tofu, and I washed it all down with a crisply refreshing apple chu-hai.

The menu has no English, but plenty of pictures to help you make your choice, so you can just summon the staff and point if you need to. I saw a lot of fried fish and meat dishes, and some sets of yakitori, bite-sized pieces of meat barbequed on wooden skewers. I could decipher some of the drink menu: beer is ¥550, soft drinks ¥250, chu-hai ¥450 (including lime and lemon flavors as well as my apple), Cutty Sark whisky ¥550, and there are also some strong, sweet Chinese liqueurs, in peach, plum and grape varieties.

It's not the fanciest place to eat, but if you want to see a typical cheap'n'cheerful Japanese izakaya dining bar, then Donto is a good choice. 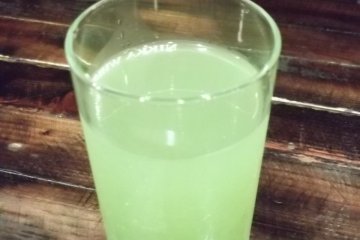 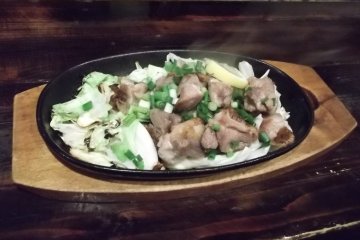 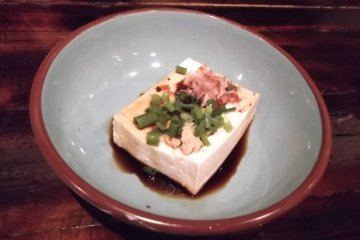 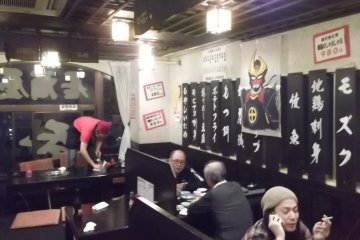 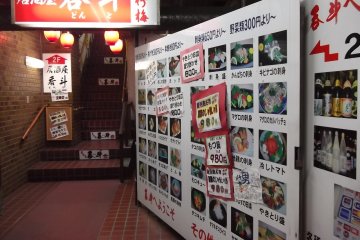