If you like hiking and trekking in wide-open space, then Kirishima National Park is for you.

The landscape here is volcanic and at times you might feel like you are on the moon. Established in 1934, this is Japan’s oldest National Park. There are no less than 23 volcanic peaks and 15 volcanic craters, most of which are now filled with water.

There are many hiking trails and most of them start from either Ebino-kogen or from Takachiho-gawara. From Ebino-kogen hiking base a trail leads up a steep slope to the top of Karakuni-dake which is with 1,700m the highest peak in the range.

From there the route continues southeast from one volcanic peak to the next, including Shishiko-dake (1,428m), Shinmoe-dake (1,421m) and Naka-dake (1,345m), and eventually the trail leads down-hill to Takachiho-gawara, the other hiking base at Kirishima National Park. From there you can hike up Takachiho-dake (1,574m).

From the top of Karakuni-dake there is an excellent 360-degree view over the surrounding area and you will also see Onami-no-ike, Japan’s largest crater-lake. In fact, there a great views from all the other peaks too.

I found hiking up Takachiho-dake quite tough but making it to the top is rewarding. There you will find an allegedly sacred rock with a large metal sword ramped into the soil. This is said to mark the place where a god descended from heaven.

According to legend, Sun Goddess Amaterasu sent her grandson Ninigi-no-Mikoto to earth and he descended here where, on top of Takachiho-dake, and the first thing he apparently did was raising the Japanese lands from the sea. Hence, he is now considered the legendary founder of Japan’s Imperial line. Legend also holds it that he brought with him the three celestial symbols that signify the Japanese Emperor-the sword, the mirror and the jewel.

Takachiho-dake’s bare rocky slopes which rise at 45 degrees and shine in multiple shades of red, brown and black are an unusual sight but wait until you have seen another crater lake nearby that is filled with a metal-greenish color. Nature’s play with colors is intense and quite different from our usual colorful sights.

Spring (March to mid May) and autumn (especially October) are the best seasons for hiking in Kirishima National Park as you will have a chance to admire the mountain flora, but summer is equally ok. Just bear in mind that there are no trees and hence not shade whatsoever on these volcanic peaks. 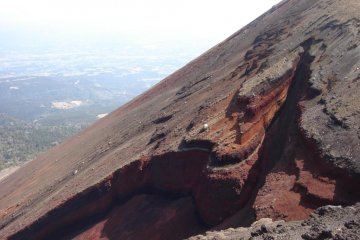 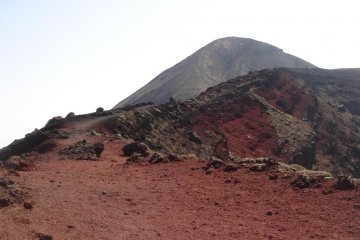 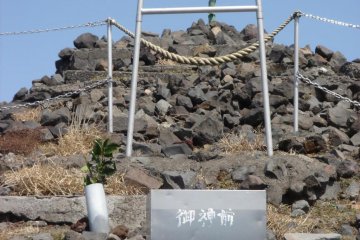 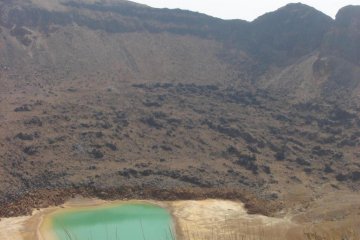 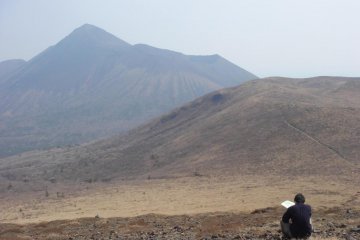 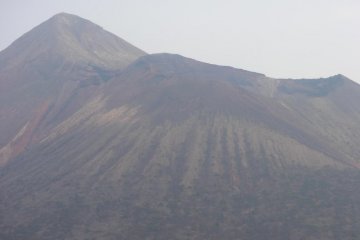 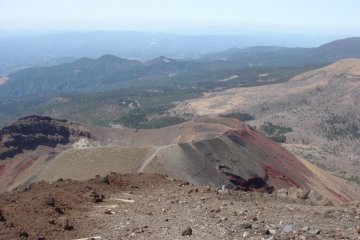 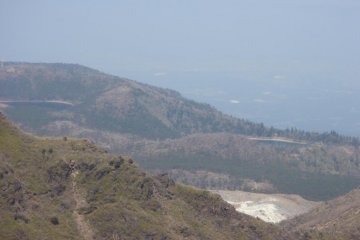 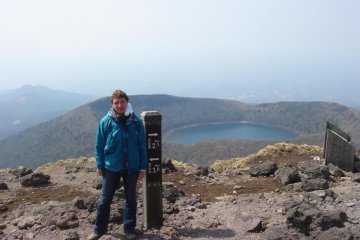 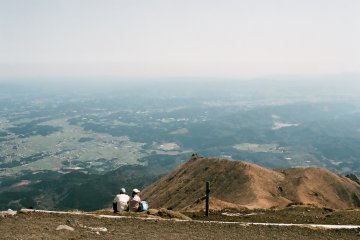