Long Walk to a Priceless View

Making the most of life on Onami-no-ike mountain

Kirishima, on the north-eastern part of Kagoshima prefecture is home to a well-known mountain range, geysers, and calming onsen. It also happens to be the home of the second largest crater in Japan which is open to the public to engage in pleasantly challenging hikes on. The Onami-no-ike Mountain is said to encircle a dead sea but according to research this sea is apparently one of the few craters which does bear life. I recommend that tourists from across the world who may happen to cross paths with Kirishima should make a stop here as this mountain has an enchanting and natural side of Japan. You get to view Japan from a different angle: one which is naturally fulfilling and at the same time brings a sense of liberation and curiosity to know how such beauty developed. The crater was formed years ago when this mountain was actually an active volcano and after an eruption the crater was the result. How such a beauty was created after what is regarded to as a natural disaster is still fascinating to me.

The Onami-no-ike Mountain’s crater is a part of the Kirishima-Yaku National Park. From the moment you park your car you see families and couples preparing for a hike with the view of he nature beauty being the main satisfactory reward. Many couples of various age groups do the hike together and I personally believe that it can help bring people together. As odd as this might sound, hiking is an activity that I have always thought to be for a specific type of people until the fifth of October. I could experience a sense of accomplishment and introspect! The area is known by many visitors who come here for different reasons but end up leaving with the same calm energy which results from the undisturbed nature and the tranquility of the land.

Hiking up the mountain was a challenge for me but I could do it with the support of my friends who are outdoor people and the Japanese hikers who were either coming down from the top or going up giving me cheers of persistence and hope, telling me to “gambate” which means “Fight!”. When I eventually got to the top it felt like I actually needed to do the hike. Standing at the top of what I would like to refer to as a naturally rich land was the best feeling ever, especially considering how many stops and deep breaths I had taken to finally get there. My hiking gear was a small bag packed with fruits, nuts, water (which will reward the body while rebooting the energy levels) and of course a good rest the night before is all you need to experience this priceless view.

I am a fearless, fun South African young lady who aspires to make a difference through her thoughts and through her intellectual content. I enjoy traveling as it opens up one's mind to new ways of life and it helps you to understand the world at large. 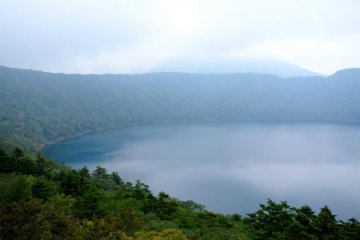 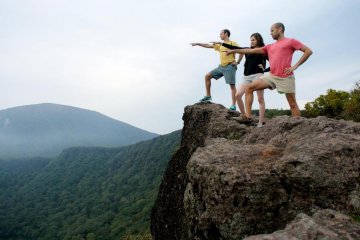 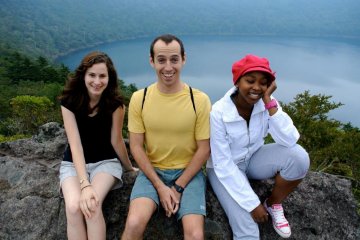