Lake Ikeda, about 40 kilometers south of Kagoshima, is the biggest volcanic lake in Kyushu, with a circumference of 15 kilometers and a surface area of 11 square km, and a depth of up to 233 meters. The almost round shaped lake is a caldera lake formed more than 6400 years ago because of volcanic activity in the area. Being a caldera lake, there are no rivers flowing in or out of the lake, and is entirely dependent on rainfall to maintain its water level.

From Lake Ikeda you can see Mt. Kaimondake, a mountain rising 924 meters above sea level. It is commonly known as the "Fuji of Satsuma", as it dominates the scenery on the southern tip of Satsuma Peninsula in southern Kagoshima Prefecture.

Lake Ikeda has been designated as a natural monument. Giant eels live within the lake. They can measure up to two meters long and 60 centimeters in diameter. Along the shore, rape plants (nanohana in Japanese) bloom in the winter from December to February, which makes for a lovely picturesque sight in full bloom.

Many countries round the world have legends and stories of monsters inhibiting lakes and Japan is no exception. A Japanese lake monster named Isshii, or Issie-kun, as preferred to be known as by the city, is believed to inhabit the lake. Its name was formed in analogy with the popular Nessie the Loch Ness Monster from Scotland. Legend has it that the monster was first seen in 1961. However, it was not really given much attention until September 3, 1978, after the sighting of the Japanese lake monster by more than twenty people that Isshii living in the lake was taken more seriously. The tourism department of nearby city Ibusuki had even offered a reward of 100,000 Yen to those who could produce a photo of Isshii, which in the end was incredibly awarded to Toshiaki Matsuhara, who was interested in folklore and legends. His photograph of Isshii was taken on December 16 that same year. There is now even a statue of Isshii at Lake Ikeda! More details on Isshii can be found here.

To get to the lake from JR Ibusuki Station, either take the city bus line to the Lake Ikeda bus stop or it is an easy twenty minute drive. As with all tourist spots, the usual ice cream and souvenirs are available as well. Being the largest producer of sweet potatoes in Japan, do try their specialty sweet potato ice cream! 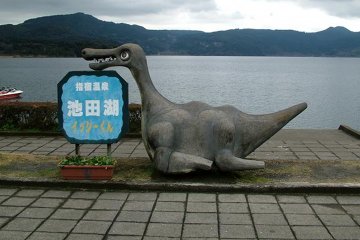 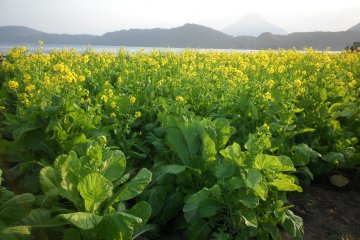 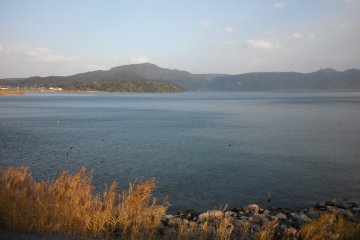 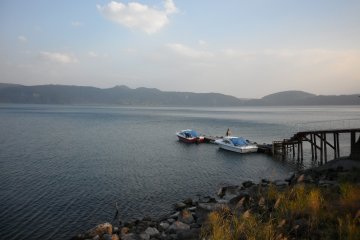 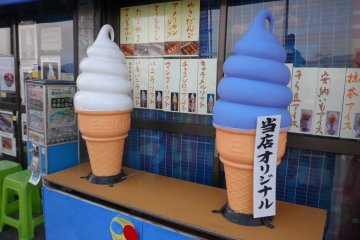 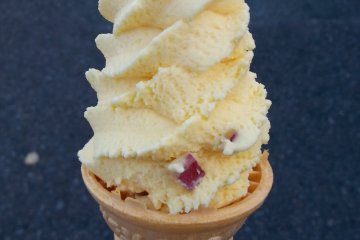