Yoronjima (Yoron Island) is so far south it's practically Okinawa. In fact, the tiny island offers stunning sunset views of several of Okinawa's northern isles, being just 22 km away. But it's lucky for Kagoshima that the line is drawn where it is, because it's certainly a jewel in the prefecture's crown.

Yoron's beaches, with their soft white sands, are genuinely stunning. This is a rare case of when a "Paradise Beach" lives up to its name. Should you get bored of soaking up some sun you can try searching for the island's famous star sand. Tiny pieces of coral from the reef which encircle the island turn up on the beach as tiny star-shaped wonders. I might be a grown-up, allegedly, but this still takes a while to get old. Yoron's sea is almost permanently a tropical turquoise due to crystal clear waters (you can see the seabed from the ferry) and shallow waters stretching out to the reef. I've been to Yoron in all types of weather and can promise that even in gloomy February it still has a glow - which to be honest is almost eerie. (The sea reflects the sky right?!)

Yurigahama, a truly beautiful spot, is an absolute must. A sand island off Yoron's east coast that emerges at low tide, it’s a popular draw. For about 3,000 yen per person you can go out on a boat and enjoy snorkeling both here and over deeper reefs. The boat doesn't have to be full; I went with one friend. I was clearly a snorkelling novice, but the boat owner was keen to point out the best spots and to offer a reassuring “daijoubu.” If you've not had much luck with your star sand search you can pay a visit to the elderly ladies whose stalls line the path down to the beach. Selling star sand souvenirs and pretty jewelry (thanks to their charms I’ve bought pink shark-tooth earrings) they will sometimes offer you tea and some of the island's black sugar sweets. If you do buy something, try breaking out some island dialect. Yoron has its own unique heritage, closely linked to Okinawa, and its language is still spoken. A "totuganashi" (thank you) is appreciated.

With a population of 5,000 people, Yoron's main town, Chabana, is more of a main street, but that certainly doesn't mean you can't party. The island has a drinking custom known as Yoron Kempo and any newcomers are unlikely to escape without an initiation from the friendly locals. A cup, or shell, of shochu on the rocks is passed around a circle of drinkers. Each must make a small speech before draining the drink. If you aren't much of a wordsmith, fear not; a self-introduction and a “pleased to meet you” will probably suffice. Kempo is such a part of Yoron life that its procedures are even written in its constitution. This is a custom that is taken very seriously. In the summer months there’s a beer garden on the main street and Bar Natural Reef is small but often entertains with a truly random music selection. I don’t expect I’ll hear the German version of 99 Red Balloons again for a while. And of course, there is karaoke!

The beaches are the island's main attraction but there is also a small heritage centre run by a friendly family. Here you can look around the traditional wooden huts and see a machine used for pressing sugar cane back when it was done by hand. Most of the island is rural and covered in the crop. One of the island’s latest business ventures is Yoron Buggy, which opened in April 2012. Thrill-seekers can drive buggies around a steep sand-dune track on a headland with wide ocean views.

There are more restaurant options than you might expect. Yoron Village, which is also a hotel, is highly recommended. Aman is a fantastic little Italian run by a retired Hokkaidan couple who lived in Italy for several years. Open only at lunchtime, so they can enjoy their semi-retirement, it serves pasta, pizza and risotto and has a real Mediterranean feel. For a ginger latte in a Greek-inspired venue try Umi Cafe. Tucked away but walkable from Chabana, it serves pita and pizza and a range of coffees. Its outdoor terrace offers sea views and there's a jewelry and souvenir store next door. Several izakayas offer top quality Japanese food and Seaside Avenue, close to Chabana's harbour, will serve you rice and miso soup with your hamburger and fulfill any milkshake needs.

Yoron is one of my favourite places, not just in Japan, but on earth. The islanders are welcoming, the ocean is sublime and the atmosphere is so laid back it's horizontal. It’s as if it exists in its own little bubble . It can, however, be accessed by air and ferry from Kagoshima and Okinawa (although it's 20 hours by sea from Kagoshima City). Honestly, though, I almost wish it could remain a wonderful little secret. 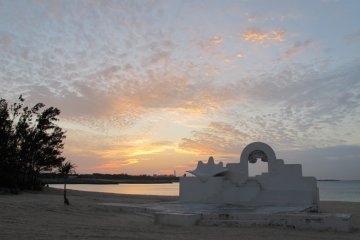 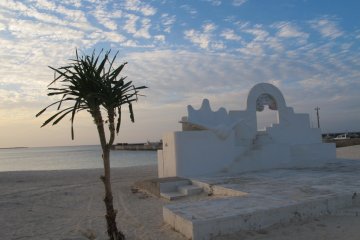 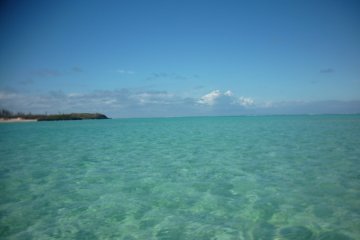 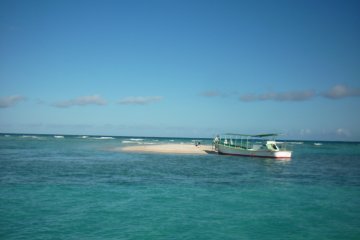 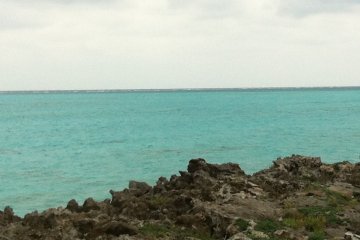