Enjoy a range of art in a grand setting

About an hour from Tokyo on the train, Hiratsuka lies firmly in commuter-belt territory, a medium-sized town with standard amenities present and correct. I was there one day to see a soccer game at local club Shonan Bellmare, and with some time to spare before kick-off, I decided to visit the nearby Hiratsuka Museum of Art.

About twenty minutes' walk from the station on the way to the soccer stadium, it really is the grandest suburban museum I've been to, much bigger than I'd have expected in a town of this size. From the outside the building itself is a bit dreary, but the size and the shape of the roof hint at what's inside; there's also a small but pleasant garden with a handful of sculptures, one of them a giant twist of metal that looks different from every angle, and steps lead up to a rooftop terrace where there are a couple more statues.

As I walked to the ticket counter I was greeted by a couple of large unicorns, then walked through the connecting passage to the main galleries. The atrium here is the grand part, with a high vaulted ceiling more like that of a Victorian railway station, and doors off to the side leading to a lecture hall and a viewing room, where there was a film playing on a big screen about the artist whose exhibition I was seeing. There's also a reading area and a few chairs to relax in with a view of the garden, and the floor was being used to display an odd construction of metal loops balanced on lemons; the long hall and high ceiling make for a hushed, peaceful atmosphere, like that of a library.

The two exhibition rooms are upstairs; my ticket included both, though I could have paid less to just see the one. The rooms were also spacious and well organized, and even though I was visiting on a national holiday, there weren't that many other visitors. The main exhibition was by prominent Japanese artist Tetsuya Ishida, with a good number of his paintings on display, suggesting that the museum can attract some relatively big names; the smaller exhibition was by a locally based sculptor, who'd filled the room with fun, brightly colored candy-striped objects. Then in the public gallery downstairs there was a display of works by a local art circle, who had produced a range of ceramic objects and paintings in different styles, including still lives, landscapes and semi-abstract pieces.

Once you've seen all the art you can pick up a catalog or souvenir postcard at the ticket counter, or enjoy a drink or meal at the attached cafe. If you're in the area and interested in art, it's definitely worth a visit to Hiratsuka Museum of Art. 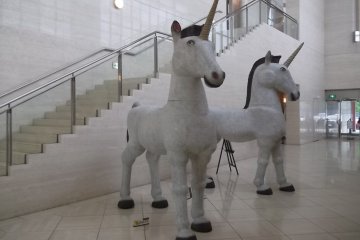 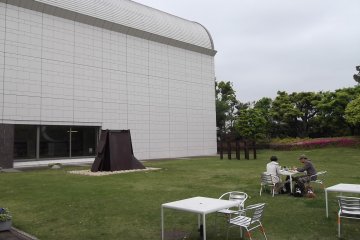 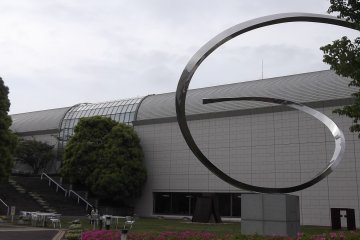 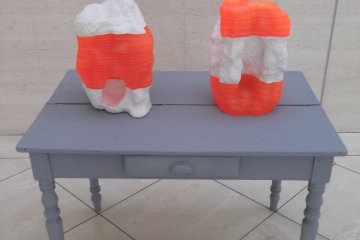 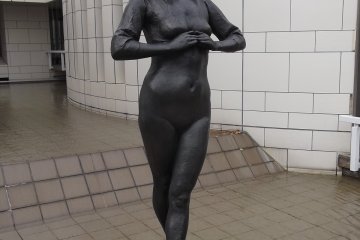 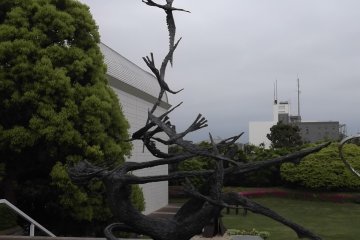 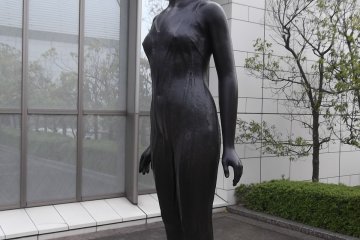 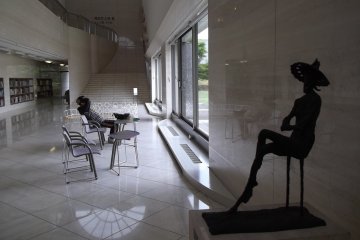 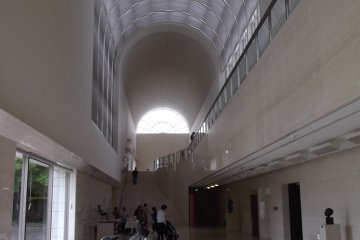 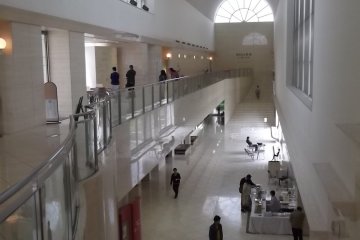