A trip to see the soccer in Hiratsuka

When I arrived in Japan, one of the first and most important things I had to do was decide which soccer team I'd support. Living in the Shonan area of Kanagawa made it easy, as there was a J-League team named after it, the green-and-blues of Shonan Bellmare. Since then I've gone to watch them play pretty regularly, as they've yo-yo'd up and down between the J-League's top two divisions.

They play in a pleasant, spacious park about half an hour's walk north of Hiratsuka station, where there's a large lawn where fans can enjoy a picnic or a kick-around before the games start. On matchdays the path leading to the stadium is lined with stands selling drinks and food, and there's also a ticket office and merchandise stand; I've always been able to get tickets at the stadium on the day, but on one occasion I had to stand with the away team's supporters (and pretend to be happy when their team scored) because all the Bellmare sections were sold out, so if a game's likely to be popular it's worth looking into advance tickets.

The compact stadium is mostly uncovered, and it's fun to sit near the Bellmare 'ultra' supporters or, if you're feeling brave, in among them. They create a fun, lively atmosphere by singing throughout the entire game, mostly fun, uncomplicated terrace chants accompanied by enthusiastic drumming, but with the occasional more lyrical song; despite their fervent support, they do also sometimes pause to allow the opposing fans the chance to sing their own songs. It's also a very unthreatening environment, with a lot of families and children in the other parts of the stadium, but no-one seems to mind your drinking beer in your seat as you watch the game; the food and drinks on sale in the stadium are a bit overpriced, but it seems to be perfectly OK to take your own drinks with you.

The quality of the football isn't up to that of the top European leagues, of course, but one thing about the J-League is that in general, it's very evenly matched, with no one or two teams dominating. Most of the games I've seen have been well balanced, with a good amount of action at both ends of the pitch, and even if you're not a fan, it's fun to be carried away with the responses of the crowd to a goal, a near miss, a dodgy decision by the referee, a fine save or a bad tackle.

Most games are at weekends, with some on national holidays and weekday evenings, which I enjoy a lot in the summer especially; the J-League has an English-language website where you can check the fixtures. I've watched soccer in a few different countries on my travels, and the differences between the games and the supporters always make for a fun experience. So get to the stadium, buy a ticket for gate 7 or the 'Home Supporter' section, and join in the chant... Come On Shonan! 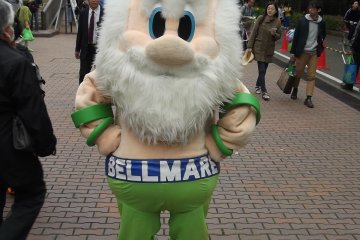 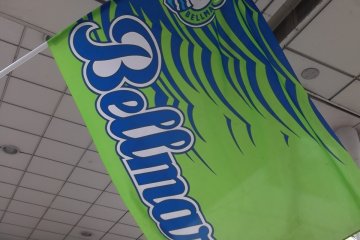 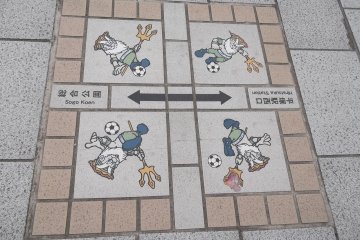 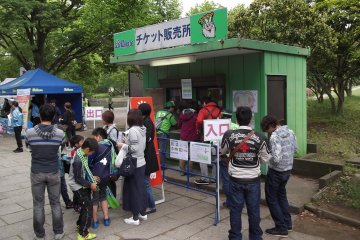 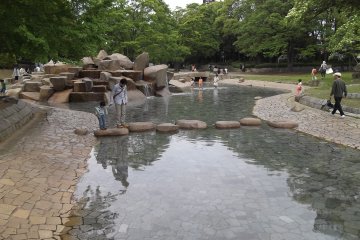 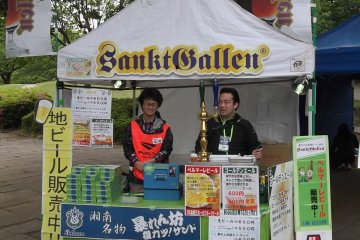 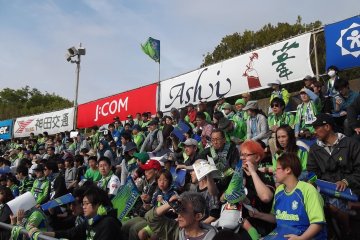 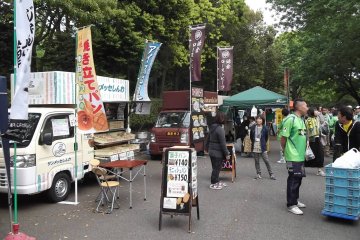 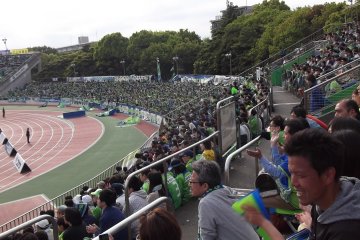 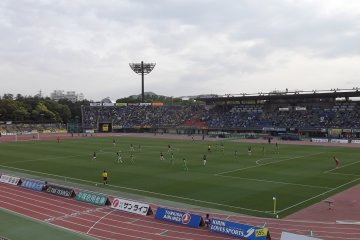 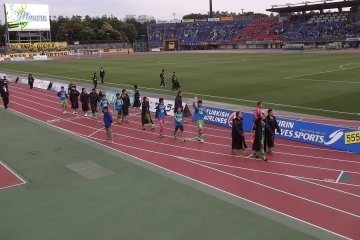 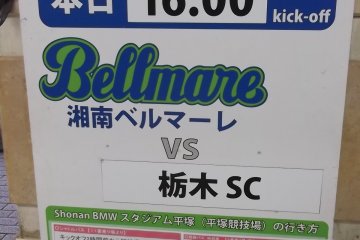