When people think about Kamakura, the first things that come to mind are probably the Great Buddha, its beaches, the Tsurugaoka Hachimangu and many other shrines and temples. History buffs may also recognize it for being the de facto capital of Japan from 1192 to 1333. Just over an hour away from Tokyo, Kamakura is a very popular tourist destination all year round.

What tends to get overlooked is that Kamakura played a very, very important role in the growth of modern Japanese literature.

You can discover Kamakura's and Japan's literary history at the Kamakura Museum of Literature, or Kamakura Bungakukan. After the opening of the Yokosuka Line in 1889, many literary figures moved to Kamakura in search for a better creative environment, given its nature and proximity from Tokyo; this gave rise to the term "Kamakura bunshi," which refers to the group of artists that moved to and lived in Kamakura. Notables include Natsume Soseki, Osamu Dazai, Ryunosuke Akutagawa, Yukio Mishima, Sanjugo Naoki, Masaoka Shiki, Akiko Yosano, and Nobel Prize winner Yasunari Kawabata. Basically, if you name any famous author in Japan active during the 20th century, chances are that they've lived in Kamakura at some point in their lives.

The museum's exhibits are spread out over two floors; the second floor houses original manuscripts and documents of the works of Kamakura's most prominent literary figures, including those of some of the legendary authors above and world renowned film director Yasujiro Ozu (also a Kamakura resident). A chronological timeline of Kamakura and Japanese literary history is on display as well. Also on the second floor is a small library, where visitors can grab a book and read it on the outdoor terrace, overlooking the sprawling, lush garden and Sagami Bay. The first floor contains the special featured exhibit, which is changed according to season.

The museum itself and its surrounding are also a sight to behold; the picturesque Western-style building was once the villa of military hero Marquis Toshinari Maeda. After his death during World War II, the house served as the residence of the Danish envoy to Japan, and later the summer residence of important prime minister Eisaku Sato. As alluded to above, the view from the museum's balcony is breathtaking — the green garden and botanical garden (a rose garden in the summer) in the foreground and the ocean in the background.

The Kamakura Bungakukan is a 7 minute walk from the Enoden's Yuigahama Station, or a 3 minute walk from the Kaigan Dori bus stop. The Great Buddha, the beach, and Hase-dera are all within walking distance from the museum as well. Admission varies according to the special exhibition on display at the time, but is usually in the 300–400 yen range. Visitors are asked to remove their shoes prior to entering the building, and photography is prohibited inside the museum. Although small, the Kamakura Bungakukan is a nice place to drop by and appreciate Japan's literature, surrounded by Kamakura's natural beauty. 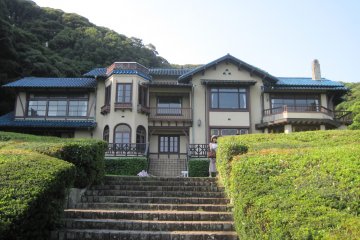 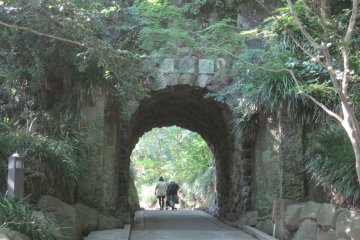 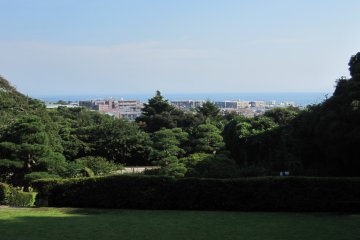 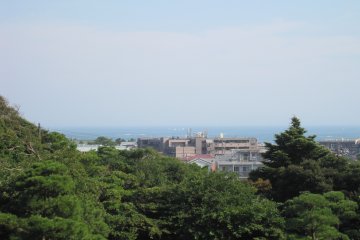 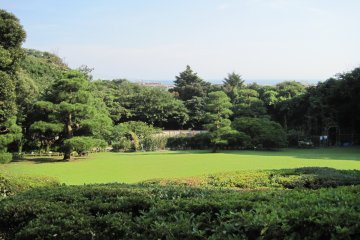