Torii near the road, leading to the shrine (Photo: Andre Moreira)

Morito Shrine: A Sacred Place by the Sea

You might be tempted to think that Shinto shrines belong to mossy forests or remote mountains, and many might agree with you. However, many famous Japanese shrines have a close relationship with the sea. Itsukushima Shrine on the ethereal island of Miyajima is a great example, but it’s not the only one.

Located in the town of Hayama, Kanagawa Prefecture, Morito Shrine stands as one of the most famous shrines in all of Hayama, if not the whole Shonan area. Built around 1180 by the first Kamakura shogun, Minamoto no Yoritomo, Morito Shrine grabs the attention of visitors for a number of reasons.

One is its location right along the Hayama coastline, in a small peninsula that separates Morito Beach and Manase Beach. A beach shrine is a curious sight but here, you simply cross Misogi Bridge over Morito River to reach this sacred place. Another reason is the beautiful scenery. On clear days, particularly in winter, both Enoshima Island and Mount Fuji are visible. A memorable sunset is the perfect gift when visiting at the end of the day. From Morito Shrine, you can see tiny Najima Island where a small red torii gate stands. The view is reminiscent of Miyajima's Itsukushima Shrine, and is definitely a sight not to miss.

Entering the shrine area through its torii, you’ll soon discover a few buildings on both sides of the pathway. On the western side, is the chozuya to purify your hands and mouth, followed by a rest area. Continuing along towards the shrine’s honden main building, you will face the shamusho shrine office where you can buy amulets or ask for the shrine’s official goshuin seal stamp and other goods. Just behind the shamusho, there is a rampway that can be used by wheelchair or stroller users.

Now facing the shrine’s honden, the building seen today was rebuilt from the original one in the 16-17th centuries and is designated as an Important Cultural Property of Hayama. Interestingly, the shrine doesn’t have its own mikoshi (portable shrine), so, instead, each Hayama district uses their own to celebrate the shrine’s annual festival on September 8, a day believed to be the shrine deity's birthday as well as the day when Yoritomo asked for permission from Shizuoka Prefecture's Mishima Taisha Shrine (to which he was deeply connected) to build Morito Shrine.

Good fortune for all

Morito Shrine is one of seven sacred sites where, in the Kamakura period, prayers to prevent disasters, promote good health and welcome good weather were held. Known as one of the nanasebarai seven purification spots, the other six places are Yuigahama, Shichirigahama, Katasegawa, Mutsuura, Itachigawa and Enoshima Ryuketsu.

Returning towards the entrance torii from the east side, you’ll notice a few more interesting buildings. Close to the honden lies the Oseki Inarisha, a small praying spot thought to help people suffering from coughs and sore throats. Next is Suitengu, a second praying spot said to help mothers safely give birth to their child. Right by it lies the Kodakara Ishi Nassho, a place where parents return stones that have their child's name written on it in the belief that their child will become as strong as a stone.

Closer to the entrance, you’ll see the Koshinto, where the deity Sarutahiko Okami is enshrined, followed by two more praying altars. Chikureisha, where people pray for the health of their livestock, and Soreisha, where prayers are offered to an ancestor. For those interested, even a wedding facility can be found outside of the torii on the west side.

At the rear of the shrine are a few more interesting spots to visit. One is a bronze sculpture of Yujiro Ishihara, a famous actor and singer of the post WWII Showa period. He spent his younger days in the area, loving it as much as its people loved him. His older brother Shintaro raised funds to build the small lighthouse that can be seen just behind it, near Najima Island. Many fans still gather here to pay tribute to him.

Walk on a little more and you'll come to an 800-year old pine tree called senganmatsu. It is said that, in the year of 1184, when Yoritomo was resting at the beach, he saw this pine tree on the rock and praised it as being “a very rare pine tree.” He was told that the tree, using the currency of the era, had a value of some 1000 gan and has been known as the senganmatsu one-thousand-gan-pine-tree ever since.

A great location, particularly during the summer and festival season, Morito Shrine is a destination that comes highly recommended.

Born in the Portuguese countryside in 1990, I've been living in Japan since 2012. Not long after coming to Japan, I started writing to Japan Travel in English, and later started managing its Portuguese page. I'm continuously looking for new Portuguese language helpers to help us make the page ev... 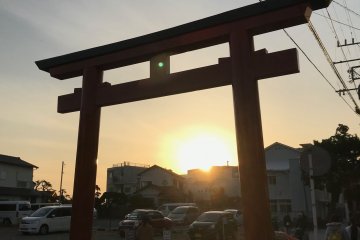 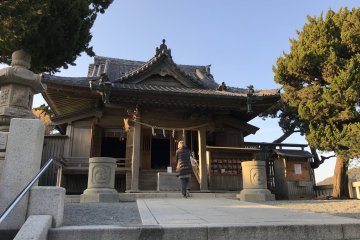 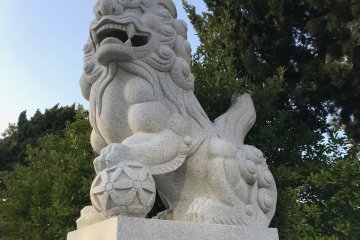 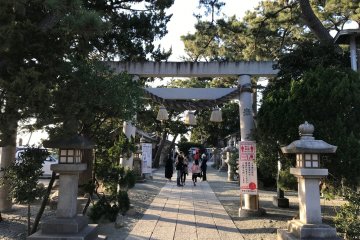 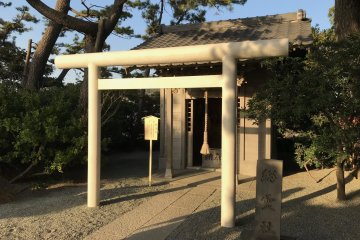 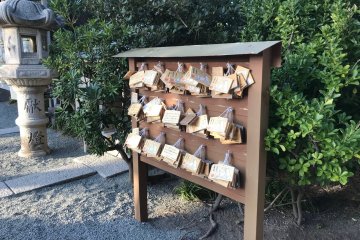 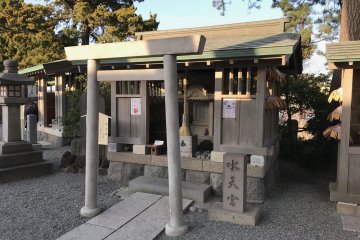 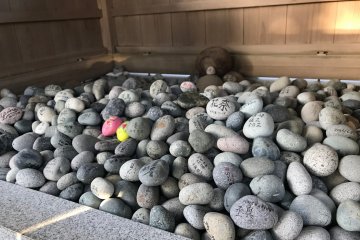 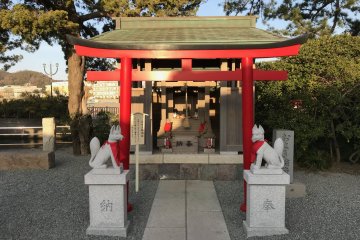 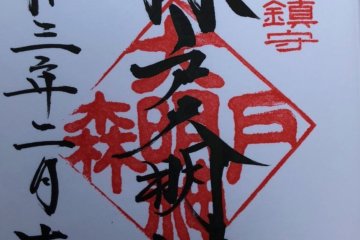 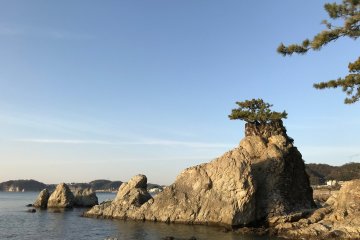 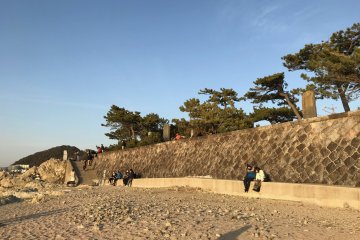 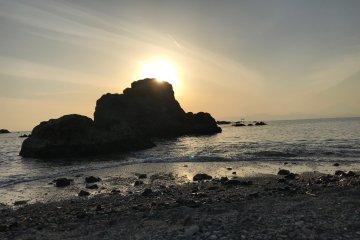 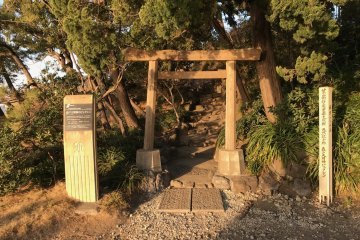 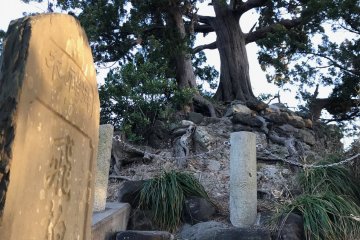 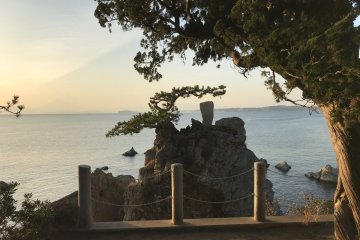 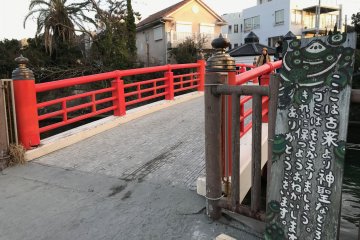 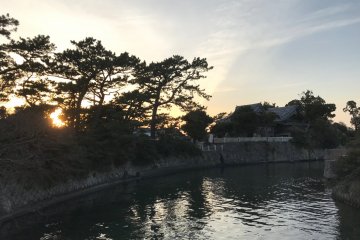 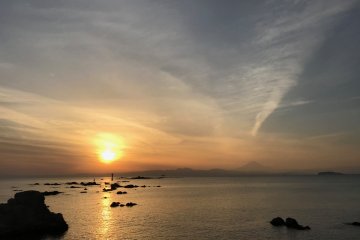