One of Japan's oldest & most revered shrines

The Tsubaki Taisha, as it is known to the locals, is located far from the city center. The shrine is surrounded by the enormous trees of a thick lush forest, high in the mountainous region, and like many of Japan’s Grand Shrines, there is something unearthly about the atmosphere. It’s as though you truly are under the gaze of the Shinto gods. There are six main shrines within the complex, and many hundreds of lesser shrines dotting the landscape.

Tsubaki Taisha is dedicated to the god of guidance, courage, strength and righteousness, Sarutahiko No Okami. Sarutahiko is said to be the greatest of just six earth born gods, and is often depicted as being a large powerful figure with a flowing beard and long nose, a most un-Japanese looking face!

Tsubaki Taisha is the Head Shrine for over 2,000 shrines across Japan dedicated to Sarutahiko. Other deities revered at the shrine include Ame no Uzume, the wife of Sarutahiko who was supposed to have performed a dance which brought Amaterasu the Sun Goddess out of hiding in a cave, and Ninigi no Mikoto, grandson of the Sun Goddess and the mythical first ruler of the nation.

There’s a bit of a walk up the gradual slope to the main hall, but it’s a pleasant one, and well worth enjoying. Behind the tranquil Honden main prayer hall is the grave mound of Sarutahiko, and the site where legend says that Sarutahiko welcomed the God Ninigi no Mikoto to earth from the heavens.

In spring, cherry blossoms line the river running alongside the shrine grounds. The wide precincts also house the Reishoan, a tea room opened to the public and donated by the founder of the Matsushita Panasonic Group, Matsushita Konosuke. A bowl of green tea and a small wagashi cake can be enjoyed for 800 Yen here. As Sarutahiko no Okami is revered as the Patron Saint of Aikido, there is a martial arts hall where Aikido is practiced, as well as an archery range for the practitioners of Kyudo, Japanese archery, with many competitions held in Spring and Autumn.The shrine also features a food court and souvenir store, perfect for relaxing in after the long walk around the grounds.

Its history, its legends, and its surrounds are most unearthly. It is known as a Power Spot, one of those few places on Earth where strange, special powers can be felt by humans, and it’s one of the few off the route destinations that will leave you feeling well rewarded for taking the extra time and effort to get there. 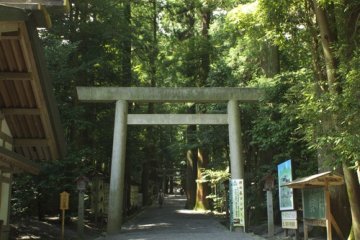 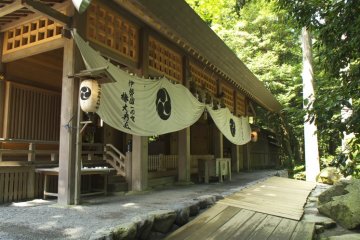 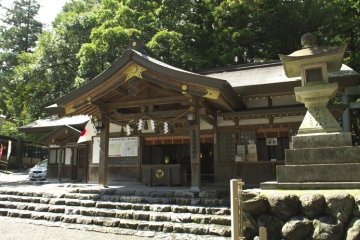 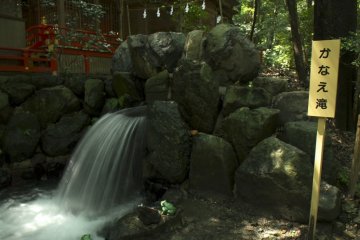 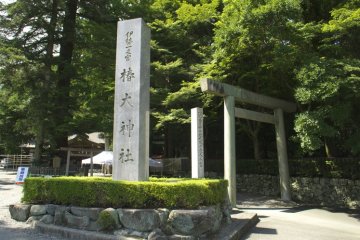