Standing 1,210 meters above Mie Prefecture is Mount Gozaisho, the highest peak in the Suzuka Mountain range. You can walk up along the mountain by following the hiking path in about two or three hours depending on your pace, or you can do it in 12 minutes on Japan’s longest ropeway, the 2.161 kilometer famed Gozaisho Ropeway.

The ropeway has remained a most popular attraction since it’s establishment in 1959. Operating at one departure per minute, the 38 ten-person capacity gondolas take passengers from the famed Yunoyama Onsen hot springs, 780 meters up the side of the mountain. Supported by six steel towers holding the carriages some 61 meters above the rising ground, the gondolas travel over the treetops and fascinating crags, cliffs and rock formations.

Below, parts of the walking trail require the use of bamboo ladders, ropes and chains to help you up and over sheer drops and jagged rocks, and although the view from the gondola is amazing, there is so much to be said for the view from the ground. You’re closer to nature and depending on the season, able to take in the natural scenery at your own leisure and see the wildflowers up close too.

At the top of the aerial ropeway is the Gozaisho Sanjo Park Station, and from there to the peak itself is another, simpler ski lift. The top of the mountain is home to the only ski ground in Mie Prefecture, and the closest to Nagoya City in neighboring Aichi Prefecture. It’s not a huge slope at 1,200 meters long, but better than nothing, and the view is excellent! The popular Mt. Gozaisho marks the border between Mie Prefecture and Shiga, and the center of the Suzuka Quasi National Park. From the very top you can catch a glimpse of Yokkaichi, Ise Bay and the Japan Alps, the huge Lake Biwa, or in the opposite direction, depending on weather conditions, even Mount Fuji nearly 300 kilometers away.

From the ropeway station it’s a short walk to the world’s only zoo dedicated to the Tibetan long-haired goat, the Serow. Six different species of serow, over 40 animals in total, are housed here, including the unique Japanese Serow, a registered Living National Treasure. The zoo also provides detailed information on the flora and fauna, birds and insects of the mountain, as well as geographical features.Just east of the station and perched atop a pile of rocks is the Fujimi-Iwa Observatory, so named as Mt Fuji can be seen from there on clear days. The restaurant Azalea is open year round with breathtaking views of the surrounding area while supplying a satisfying menu. Skis and sleighs are available for rent in the winter months from here too. The Gozaisho Nature School and Ontake shrine also grace the mountain top, along with a weather radar facility.

However it’s the ever changing scenery that brings people back time and again to Gozaisho. From the white and silver shining frost covered trees and snow laden ski grounds of winter, to the fresh cherry blossom and bright pink azaleas of spring, from the lush green of summer and an escape from the heat, to the stunning reds, yellows and gold of the autumn leaves. Gozaisho offers a different experience with every season.

Even if you hike up Mt. Gozaisho, you’ll be wanting to ride the ropeway down. It’s faster, and afterwards, waiting for you at the bottom is the welcoming hot springs, like Gozaisho Mountain itself, enjoyable in any season, all year round. 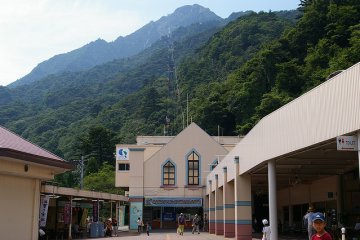 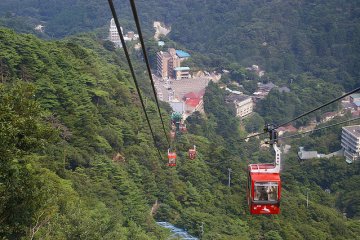 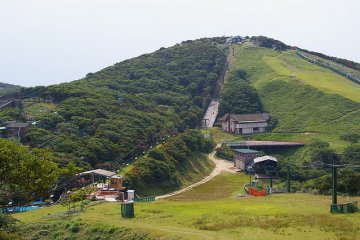 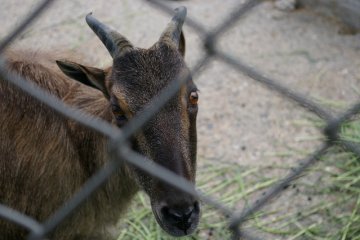