Japan is famed for its many fine ceramics and pottery. One form, little known outside of Japan is Banko Ware, a pottery art form with hundreds of years of history behind it, thriving in the port town of Yokkaichi, Mie Prefecture.

Banko ware was first created by Nunami Rozan a wealthy merchant who lived in the mid 18th Century. Like many wealthy people of the time, he developed a deep interest in the traditional Way of Tea. Rozan also dabbled in pottery, and the dark colored items he made for his own enjoyment soon caught the eye of other exponents of the Tea Ceremony, and so Banko ware was born. Rozan’s work was stamped with the words bakofueki, or “constant eternity”, in the hopes the pieces would be used and enjoyed well after his death. Interestingly enough, despite the popularity of Banko ware, it wasn’t until well after his death that the art form was revived and reached greater heights These days Banko ware teapots, tea cups, small sake ochoko cups and serving bottles, vases, plates and ornamental ware are in great demand from those with an eye for pottery, made all the rarer as there are just 22 government recognized Banko Master Craftsmen amongst the 1,300 potters working to preserve their art.

Banko ware implements have long been favored among Tea Ceremony practitioners for their refined simplicity and because the oil from people's hands and tannin from the tea leaves gives Banko ware a beautiful sheen the more it is used. For that reason, specialists caution against scrubbing or washing with detergent.

Another reason is due to its light weight. The body, spout, handle and lid are made as finely as possible, by means of thinly rolled clay being stretched over a wooden mold of several interlocking yet easily removable pieces. This unique process in Japanese pottery was developed during a resurgence in Banko ware popularity in the late Edo Period.

The characteristic dark, rusty color of Banko Ware is due to both the specially prepared iron-rich red clay and yellow clay blend, and due to the firing process. Low oxygen levels and incomplete combustion makes the kiln more akin an oven. The end result is color variation according to the kiln temperatures and amount of oxygen. Decorations are simple, and done while the clay is still wet. Often seen patterns include a pine bark like effect, a stamped floral effect and light carvings. Most are fired as is, but some pieces are partially glazed for a different feel and look.

These pieces and the different styles employed can all be seen at the Banko Pottery Center in Yokkaichi, which exhibits and sells quality Banko ware as a representative craft of Mie Prefecture. There is a small studio on the first floor of the center offering fascinating one-day Banko art classes. Reservations are required in advance.

To further your knowledge and appreciation, the Yokaichi City Commerce and Industry Division run “Banko Ware Factory Tour” is also recommended, taking in 13 factories and kilns where visitors can also try their hand at pottery making and painting at certain studios.

Every May, the Banko Pottery Center draws thousands to the two day Yokkaichi Pottery Fair, famous for it’s wide array of traditional and original Japanese pottery. It’s a great opportunity to meet the craftsmen, see the various styles available and get a bargain at the same time.

It’s an ideal trip for the art lover, tea ceremony practitioner or somebody with an interest in quality pottery to see a rare art form and be able to participate in it’s creation. Well worth the time and effort, you can Banko on it! 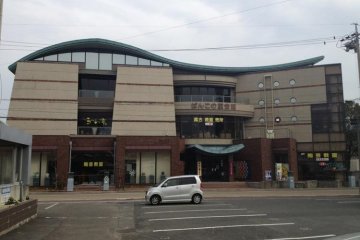 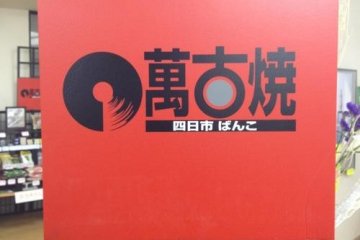 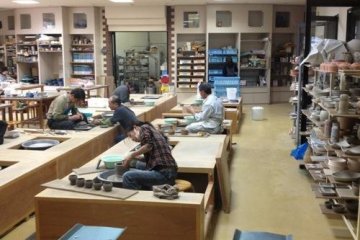 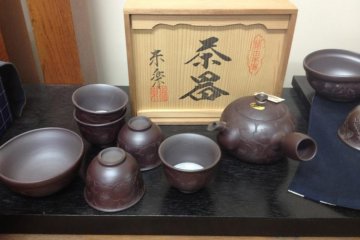 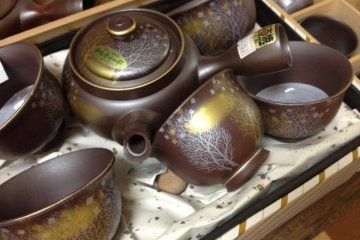 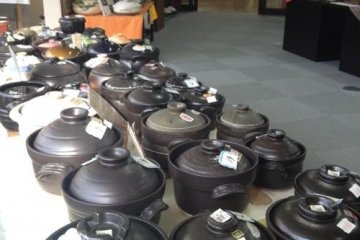 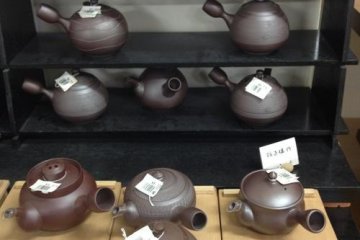 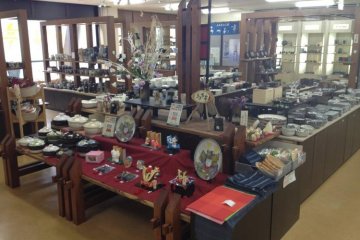 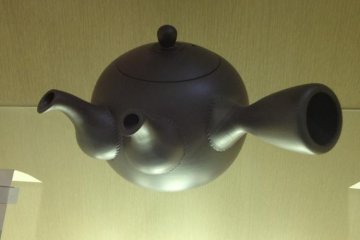