You can almost hear Sylvester the cartoon cat stuttering "Thufferin' Thuccotash, a great big,...Platyputh~th". Because that's what you'll find inside the Australian Memorial Hall on the waterfront at Yokkaichi, Mie Prefecture.

Osaka EXPO 1970 was the first international exposition to be staged in Japan under the theme of "Progress and Harmony for Mankind." In many instances the World’s Fair achieved just that, it showed the world that Japan was an upcoming economic powerhouse, it opened the eyes of the world to Japan’s technological advancements and through the many international friendships formed, it did indeed promote harmony for mankind.

One of the very strong friendships enhanced by the Expo, was between that of host nation Japan and strong trading partner, Australia. In particular, it enhanced the sister city relationship forged between the Japanese port town of Yokkaichi and Sydney port two years earlier in 1968. The EXPO 1970 Australian Pavilion was designed with references to Japanese culture in mind by multi award winning Australian architect James MacCormick MBE. From the side, the building looks remarkably like the famous Hokusai produced woodblock print of the giant wave towering over a distant Mt. Fuji. A large concrete wave, supporting a wire frame Fuji over a green domed roof of steel representing a lotus leaf, covering the circular pavilion.

It was recognized as one of the most striking pavilions at the Expo, amending Japanese images of Australia being uncultured and under-industrialized. Australia Post even issued a five cent commemorative stamp depicting the building to celebrate participation at the international event.

The pavilion was purchased and moved to Yokkaichi City in north east Mie Prefecture at the end of the World Fair, and even today is used as a cultural center and entertainment venue. Along with “Kamone”, as the giant platypus was named, the Memorial Hall also houses a museum of Aboriginal artifacts and relics of Australia’s participation at both EXPOs.

Probably more of interest to Australians, students of architecture and fans of World Fairs, the former Expo ‘70 Australian Pavilion, Australia Memorial Hall is a loved and treasured landmark in Yokkaichi City. 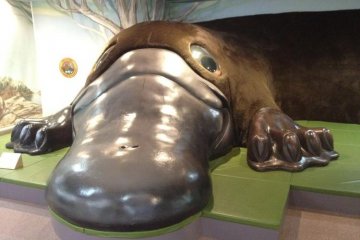 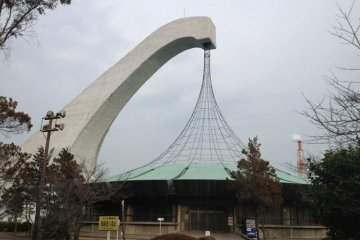 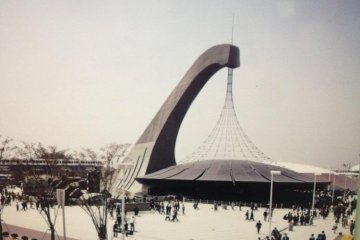 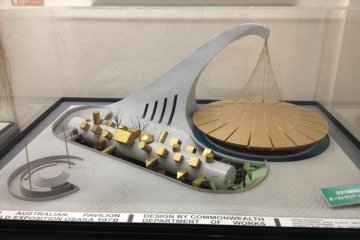 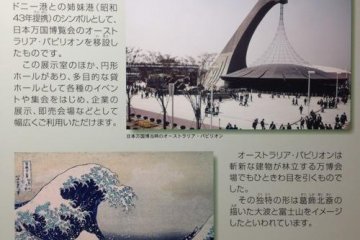 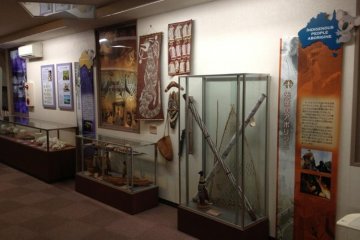 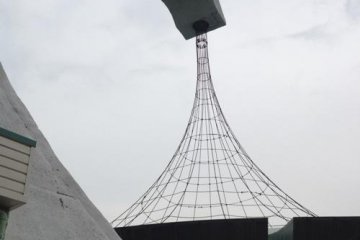 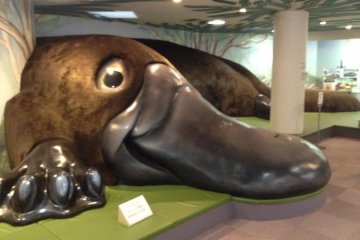