Are you interested in Samurai swords? Sankai-do (山海堂) is a sword shop that has been operating for more than 100 years in Kamakura. It is located right in front of Daibutsu—the Great Buddha Statue of Kamakura.

Anyone who longs to touch a Japanese katana should definitely visit this unique souvenir shop. They handle famous-name swords such as Kazusanosuke Kaneshige, the maker of the ones that were used by the great swordsman Miyamoto Musashi. Enthusiasts come from all over Japan to Sankai-do, and recently from all over the world as well!

“The blades themselves are imitation replicas, but the hilts, sword guards, and sheaths are all genuine,” the owner told with a smile on his lips. Since I have never seen or touched a true sword, I couldn’t tell the difference between an imitation blade and genuine blade. But I felt a kind of fear when the owner drew a weapon to show me. The edge of the sword glistened and sparkled. The hilt was thick and fit into my hand snugly. And when I moved it, it reflected the light in an unearthly, scary way. The owner also said, “I always lay in goods according to my inspiration. When I find a good sword based on my instinct, someone soon comes to us to buy it who has the same taste.” Actually, while we were chatting, one or two swords were sold immediately upon inspection.

The shop has a long history. The owner showed me some old photos. One was taken before the Great Kanto Earthquake, maybe early 1900. It showed a family in front of an old shop. At that time the shop was a curio shop inside the Daibutsu premises. They mainly dealt with pottery and carvings. But the shop was completely destroyed in the 1923 earthquake, and they had to move out from Daibutsu. The roof survived and they used it when they built a new shop in front of Daibutsu that had more space. That was two generations before the current owner.

Wooden Netsuke: Originally made from ivory, these are miniature wooden carvings that long ago were designed to be attached to the end of money pouches, tobacco pouches, pillboxes, and (nowadays) cell phones, etc. There are many animal designs such as dogs, sheep, monkeys, snakes, cows, crabs, frogs, and so on.

Wooden puzzleboxes: Mosaic work with parquetry-like patterns adorn these boxes. The box itself is a puzzle. Only when you slide the lateral side of the box in the correct way and correct number times will the box open. So they call it a “secret box”.

Hachimaki: These are bandanas. During the Kamakura era, Samurai put hachimaki under their hats to prevent them from slipping off. Now, people that wear hachimaki have a special purpose or devotion in mind. For example, a student who is preparing for a special examination might buy and wear hachimaki with “PASS THE EXAM!” (合格) or “ULTIMATE VICTORY!” (必勝) written on it.

Bookmarks: Bookmarks made from bamboo with colorful and traditional designs of pictures of cranes, geisha, Daibutsu, etc., are quite popular among all generations.

If you decide to visit the great Daibutsu, then please be sure to drop in at Sankai-do. It’s a really fun and interesting place! 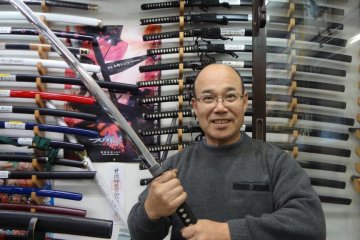 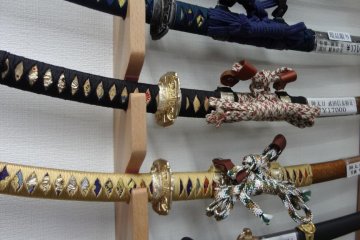 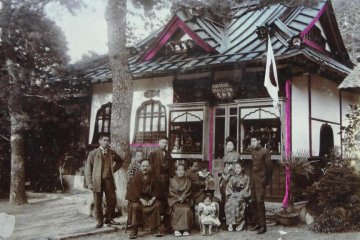 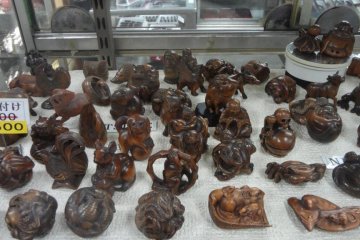 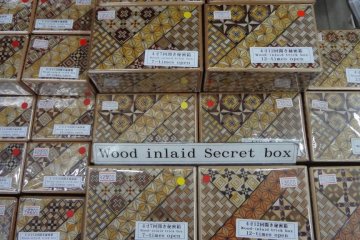 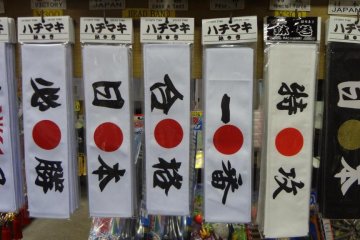 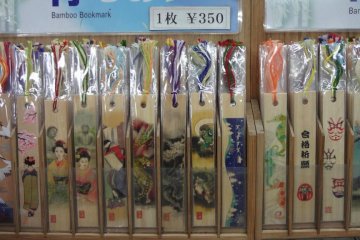 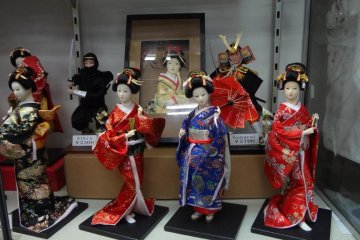