An urban escape into the world of Japanese folk stories

If you are searching for something authentic, the Japan Open Air Folk House Museum (Nihon Minkaen) could be what you are looking for.

This splendid museum is located in Ikuta Ryokuchi Park in Kawasaki city, just outside Metropolitan Tokyo. The Kawasaki municipal science museum, Taro Okamoto museum, Fujiko Fujio Museum, an observatory and even a golf course are also located in this huge park. But let me explain those places some other time.

I was surprised when I visited here for the first time. It is easily accessible from the city but you don’t see many tourists here. There is a special Japanese word "Anaba" that means great spot but it's not known by others. The best point of this museum is that you can experience the quaint atmosphere as if we are in the folk story.

In fact these houses are the same as those in the historic villages of Shirakawa-go and Gokayama, the well known world heritage-listed site​s.

The museum consists of four parts:

The houses were originally built from the Seventeenth to the early Nineteenth century from East Japan​ and they have been arranged in five areas according to their original location; being ‘Post Town’, ‘Village in Shin-etsu’, ‘Village in Kanto’, ‘Village in Kanagawa’ and ‘Village in Tohoku’ district.​ There are more than 20 houses in this area. Each of these houses are designated as an important cultural property of Japan or the local government​ area. I was surprised that the Gasshō or praying hands style house​ which is well known in Shirakawa-go can be seen in this quiet Tokyo suburb. What's more, you can see an original water mill, ferryman's hut as well as a Kabuki stage.

The Exhibition Hall has displays in English and Japanese showing how the folk houses were designed and built, as well as illustrating the life style of the people who lived in them.​

You can try traditional handicraft such as Indigo Dyeing. Called Ai-zome in Japanese, Ai-iro means Indigo blue, an ancient and beautiful color, which has a tone deeper than sky blue and lighter than navy blue. Shibori-zome on the other hand, refers to the Japanese verb shiboru. Cloth such as cotton is wrung or squeezed during the dying process to give various coloring patterns.

You can enjoy home made Soba noodles in the Gasshō Style house.

The houses are so tranquil and picturesque and I felt that I was stuck in a time warp when I stepped inside. What’s more, you can take photos here as well. If you want a change from the urban jungle, a visit to this museum is highly recommended. The garden changes with each season and there is nothing like seeing folk stories come alive.

Find out more about Nihon Minkaen. 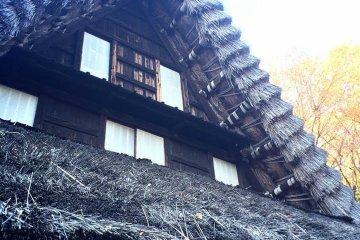 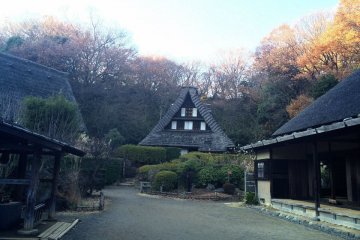 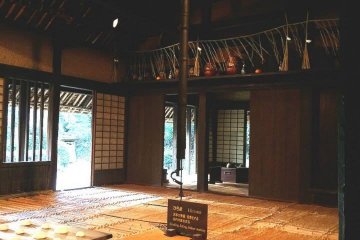 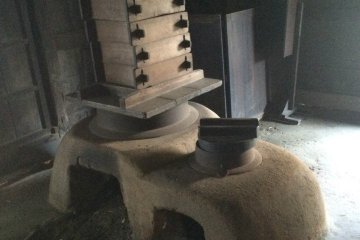 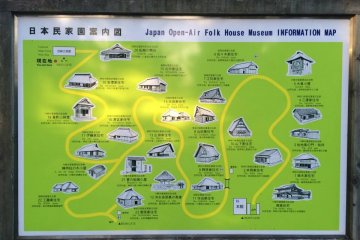