The second half of the eight-mile Hike Hakone Hachiri is from the edge of Shizuoka prefecture to Mishima. This part is not as well-known as Hakone and was full of pleasant surprises.

To start off with, instead of the stone kilometer markers found earlier along the Tokaido road the original ones were high dirt mounds with annuals planted on the top to indicate you had traveled 4 kilometers (2.5 miles).

Along the pathway we passed a rock called Contemplate Buddha and another rock called the Helmet of Samurai. Imagine during the Edo era travelers passing them and making sketches, rather then a quick click of a camera.

There are many interesting monuments, one in particular has a funny story. About 400 years ago there was a samurai in Kyoto who was a heavy sake drinker. One day he told his superior just what he thought of him and was immediately exiled to the wilds of east Japan that was Mishima. He converted, becoming a monk, but still continued to drink his sake. When he died the locals buried him and it is said that over the centuries his grave has been moving, as if he is still drunk in the afterlife. To this day the locals put sake on his tomb to keep him happy.

Along the trail we came upon Yamanake Fort/Castle Ruins, which also has some interesting stories. Since this is a mountain castle there was no water for a moat and, therefore, they had to build dry moats. They are designed like a waffle, specifically so that the warriors had to walk in single file and were easy prey from the arrows shot from above them. All was well until Osaka sent thousands of warriors to this area in 1590 and the castle was overrun as Tony stated “just before lunch.”

Around a mile from the ruins is the Mishima Skywalk, which is the longest pedestrian bridge in Japan at 400 meters (1,312 feet). On a clear day there are some breathtaking views of Mt. Fuji.

In Mishima you will find the beautiful Taisha Shrine, which was a place of pilgrimage along the Tokaido road during the Edo period.

Just a few minutes-walk from the shrine is the Genbe River, the shortest river in Japan at 1.5 kilometers (.9 miles). The source is from a spring water pond and maintains 15-degrees Celsius (59 F) year-round. Since it was rainy season the tiles that run in the river were covered. However, Tony being adventurous encouraged me to take the walk anyway. He stopped several times to point out the water sprouts coming up from the multiple layers of lava that had formed over several volcanic eruptions creating a small space between the plates.

Once out of the water we walked across the road to Rakujuen Park, a National Monument and Place of Scenic Beauty. This is where the spring ponds that feed the Genbe river originate. This municipal park has many other attractions to keep you occupied during your visit.

It is now time to catch a train back to the Tokyo area and Mishima Station is a very short walk from the park. You can take the Tokaido Line or the Shinkansen if you are in a hurry.

For more information on this and other Tokaido Road tours see https://hakonehachiri.com 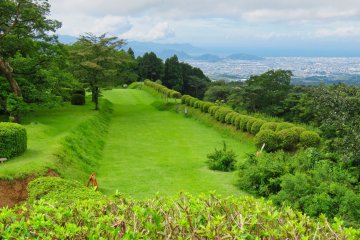 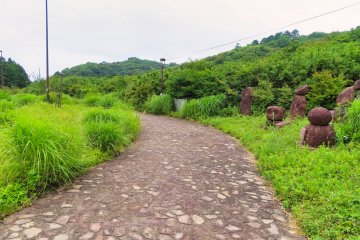 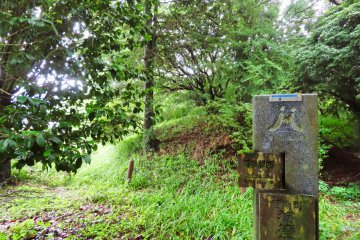 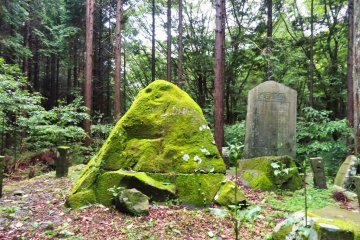 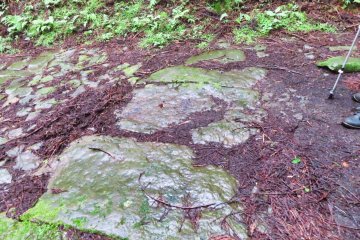 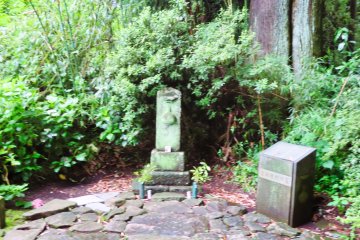 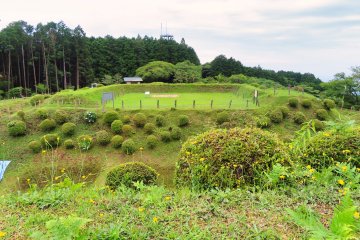 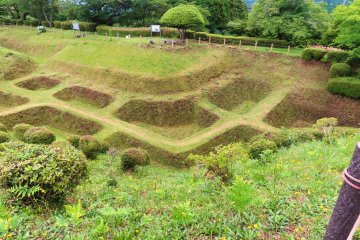 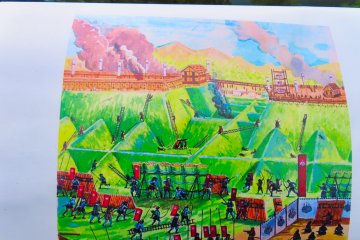 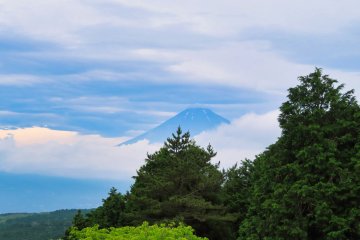 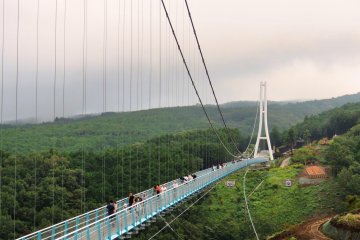 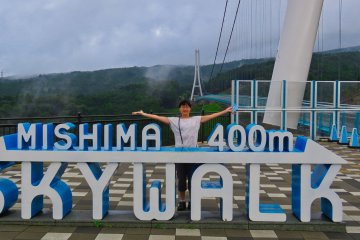 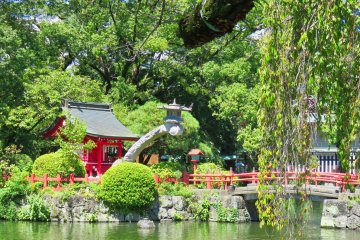 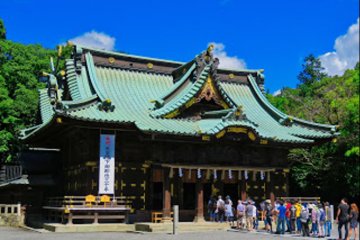 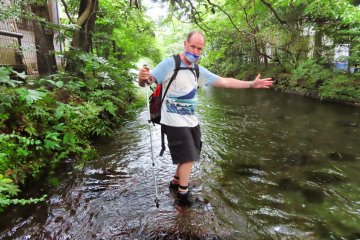 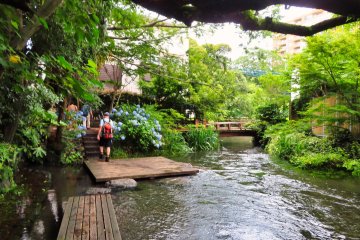 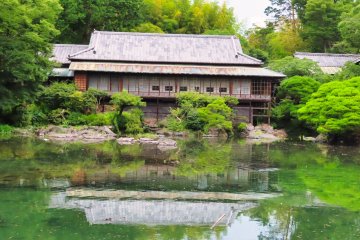 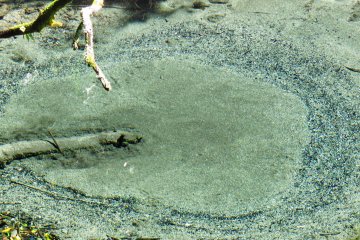 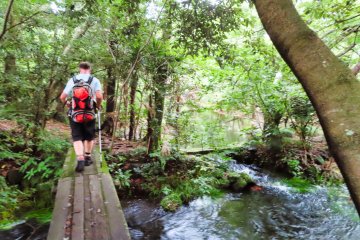