A riot of spring flowers in Yokohama

At the end of March I visited a particularly beautiful garden in Yokohama named Satoyama Garden. The garden is just up the road from Zoorasia, nestled into tree-covered rolling hills.

Even the road approaching to the park was beautiful, with lots of trees and azalea hedges just coming into bloom. Arriving at the garden we were greeted by a cute Garden Bear statue. Garden Bear is the symbol of the Yokahama Garden Necklace Project, of which this garden is a part. Maps of the garden are available, and there are trucks selling ice cream and snacks parked near the entrance. A shop selling garden themed souvenirs also stands nearby.

We approached the garden along a raised walkway through tall bamboo trees. The walkway offers enticing glimpses of colorful plantings, but the scene when you emerge from the bamboo is breathtaking. An entire hillside is covered with flowerbeds full of every imaginable spring flower. Lush green grass grows between the beds, and paths for visitors wind around the garden. And it smells heavenly!

The tulips were especially handsome. There were poppies, although they were only just starting to bloom. Pansies, forget-me-nots, daisies, nemophilia, and many other flowers made a beautiful display. It was a little early for the roses, which probably start blooming in May.

After wandering around photographing flowers we decide to explore some of the paths leading off onto the surrounding forest, and at the bottom of the hill discovered an area that looked as if it was being developed into a wet garden. Here we found the last blooms of some yellow rape blossom, and many carp streamers flying in the breeze.

Carp streamers are hung to celebrate Children's Day on May 5th, which is one of the string of holidays that make up Golden Week. I was surprised to see two unusual streamers that were not carp - a penguin, and a tanuki (raccoon dog)!

Returning to the flower plantings we found a grassed area below the main gardens where people were enjoying picnic lunches, which made us wish we had brought along our own picnic.

Satoyama Garden is open from 9:30 AM until 4:30 PM and is a beautiful place to spend a few hours, so please visit if you get a chance!

You can take a bus to Satoyama Garden from Nakayama Station on Yokohama Line, or from Mitsukyou Station on Sotetsu Line. 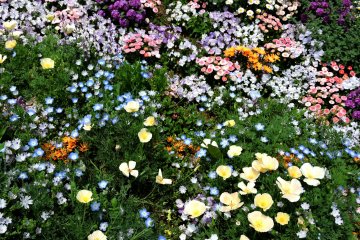 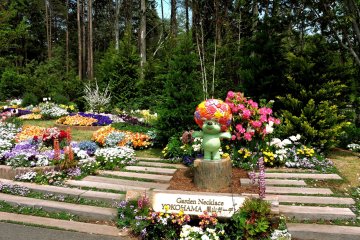 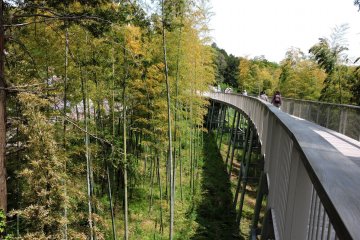 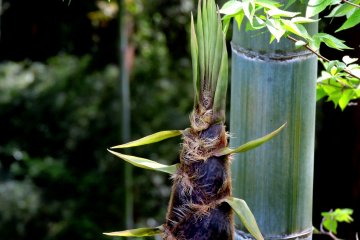 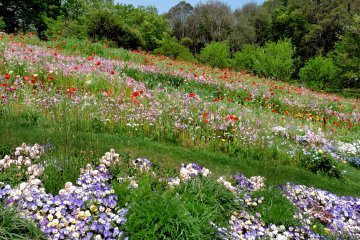 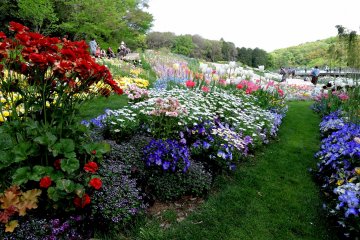 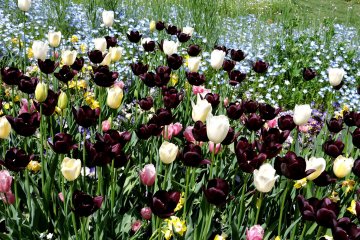 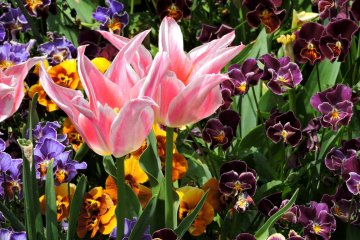 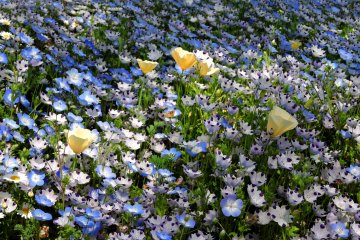 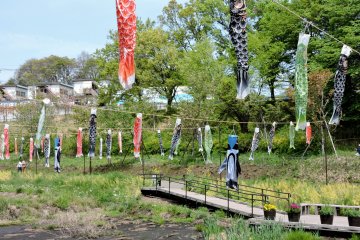 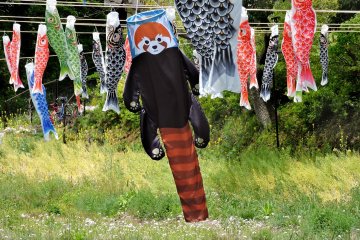 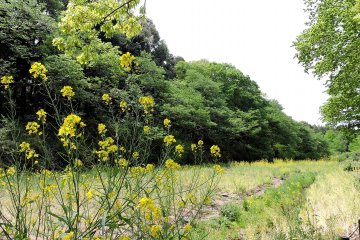 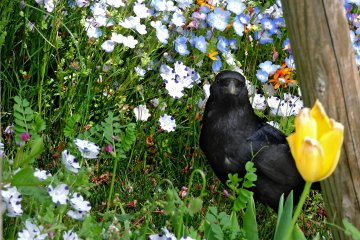