A Night to Remember in Wild Yokohama

If you are a baseball lover and have been captivated over the years by the magical performances of Nomo, Matsui, and Ichiro, then you should definitely set aside an evening during your stay in Japan (April-September) to catch a Yokohama Bay Stars night game at Yokohama Stadium.

I went to see a game one evening in August; it was quite an experience! Just two minutes from Kannai Station, you can’t beat the location, and because the stadium is relatively small by MLB standards (capacity: 30,000), every seat in the house is a good one. The orange and blue color scheme reminded me of old Shea Stadium in New York, and—sorry to say—the play of the Bay Stars (perennial last place finishers) did too. But no problem—I had a blast and so did the Bay Stars supporters.

Just like back home, the fans here were downing cup after cup of ice cold beer; all part of the fun of the evening. But the similarities stopped there. Japanese baseball has its own unique points.

First, you’ll notice the absence of the traditional singing of the national anthem. After batting practice and warm-ups for the fielders, the game just begins. Second, the noise: Japanese baseball fans apparently take their lead from soccer-crazy fans around the world. Meaning non-stop cheering. If you are expecting a lazy day at the stadium, forget it. This place rocks—all the time. Organized cheering sections stand and shout non-stop for as long as the home team is at bat. After that, you have a half-inning to gulp down some food, use the restrooms, and buy another beer from the very friendly, very cute, young female vendors. Third, the stadium food: How does, yaki-soba (fried noodles), yaki-tori (grilled chicken on a stick) and fried squid grab you? As a long-time resident of Japan, I’m used to it, and can even say I like it. So give them all a try! They also sell foot-long hot dogs, but you will probably want to pass on them. They’re cold, and don’t come with any of the traditional dog toppings like relish and sauerkraut. Finally, the stadium’s specialty, shaved ice (kakigori) topped with cool slices of Japanese oranges (mikan), is truly refreshing.

The park that the stadium is situated in has had quite a history: In 1896 the Yokohama Athletic Club’s team, composed of foreign residents, and a local high school, played Japan’s first international baseball game here. -In 1934, Babe Ruth, Lou Gehrig and a whole bunch of other major league stars toured Japan for a 17 games series, and played a few of the games here. -In 1945, America’s GHQ requisitioned the park stadium and renamed it "Lou Gehrig Stadium”. -The current stadium was built in 1978. -In 1998 the Bay Stars won their second championship ever. Led by Kazuhiro Sasaki (later a closer for the Seattle Mariners), Sasaki played with the Bay Stars for ten years before moving to the MLB

The game I attended started slowly, but the final score was 8-7! The Bay Stars fell just short (again), but provided their fans with a summer evening’s worth of excitement and thrills.

Tickets Ranging from 1800 yen for bleacher seats (500 for kids) to 6500 yen for the really good ones. Tickets are available at the stadium the day of the game. When you reach the stadium, go up the ramp and the box office on the left.

The people selling the tickets probably won’t speak English, but they have a stadium seating chart that you can just point at to show them where you want to sit.

Find out more about Yokohama Stadium.

Born on Long Island, New York in 1958, I have spent the last 30 years of my life living in Japan, and enjoying every minute of it! I especially love photography, and Japan is definitely one of the most beautiful places in the world to photograph! (Visit my online gallery) My other love is ... 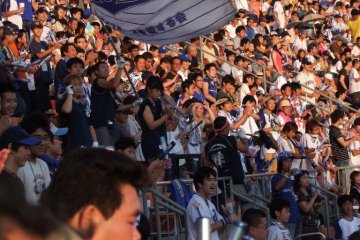 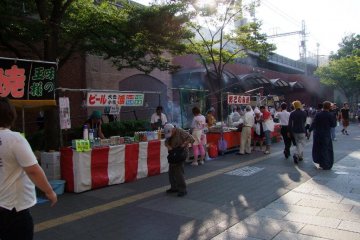 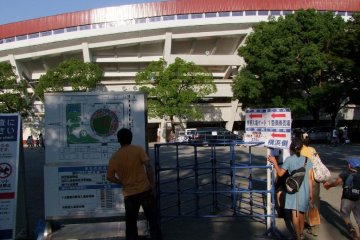 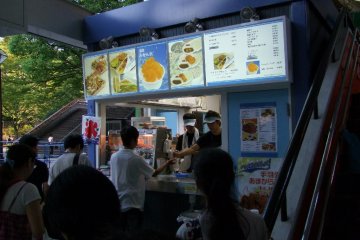 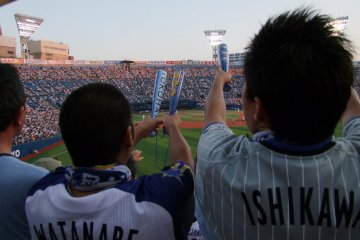 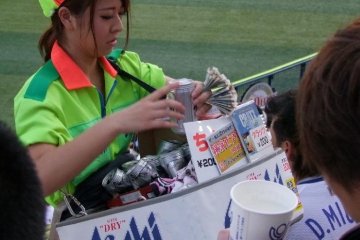 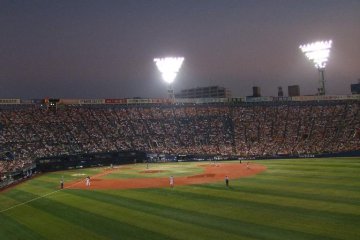