While its size might not be as impressive as the better known castles of Japan, Kochi Castle is one of the 12 castles that escaped World War II without having to be re-built. In fact, it's the only castle in Japan where you can still see an original palace, keep, and honmaru, or inner citadel.

Being situated 44.4 meters on top of Otakasa Hill in downtown Kochi, the 18.5 m tower of Kochi Castle commands an impressive panoramic view of the city. In my opinion, this view alone is well worth the visit. There's a guard rail, but no pesky net to get in the way of taking great pictures.

That said, the castle is not easily accessible for those who may have difficulty walking. The old rocky stairs to the top are proportioned in an awkward way, so the path to the right may be a better option for some. Either way, probably a good idea to borrow one of the walking sticks they have available by the stairs if your legs are tired.

Once at the top, you can pay the JPY400 fee, take off your shoes and enter the palace. To help preserve the original state of the eight traditional tatami rooms from all the foot traffic, they are only made visible from a walkway along the perimeter. Because of this, it probably won't take you very long to see all of the rooms.

In addition, there are also several Japanese only exhibits with models depicting past life in Kochi, castle history, and artifacts. Even if you don't understand Japanese, the exhibits are visually stimulating enough to be quite enjoyable.

One word of advice. When you do go up to the tower, take your time going up and down the stairs as they're incredibly steep with low wooden support beams perfect for bumping your head. Also, because you're probably in your socks or slippers provided by the castle, be careful not to slip on the wooden floors.

For those who may be interested in a short castle history, here it goes.

Kochi Castle was constructed by Yamanouchi Kazutoyo who took control of the then known province of Tosa after the Battle of Sekigahara in 1600. Construction began in 1601 and was completed in 1611.

Although the previous center of Kochi, or Tosa, was in the coastal area Urado, the construction of Kochi Castle marked the first successful move to the more defensible position on Otakasa Hill, in current downtown Kochi. With Kagami River to the south, and Enokuchi River to the north, developing the swampy area of Otakasa as the new center of defense was a feat that two previous rulers had failed to complete.

The castle suffered a fire in 1727, and reconstruction was completed in 1753, restoring the castle to its original state.

When you're finished seeing the castle, there's a large grassy area great for picnics and springtime cherry blossom viewing just outside the honmaru.

The grounds of Kochi Castle make up a public park that's also a popular location for holding local music events and festivals. The Museum of Japanese Literature and a chashitsu, or tea ceremony house, are also in the park, east of the castle.

Here's a tip for making the most out of your visit to Kochi Castle. The street that ends in front of the castle's main gate is also home to Kochi's famous Sunday Market. Plan to go downtown early on Sunday, walk down this incredible market full of various kinds of rare local produce, get some souvenir shopping done, and then head up to the castle with bento (a boxed lunch) in hand for a picnic and sightseeing. It's a perfect Sunday morning in Kochi City.

Find out more about Kochi Castle. 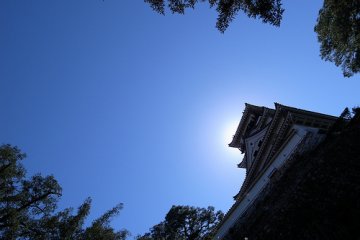 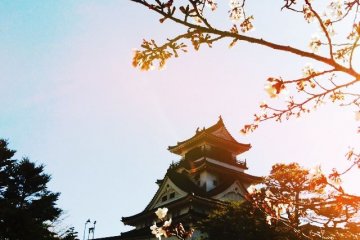 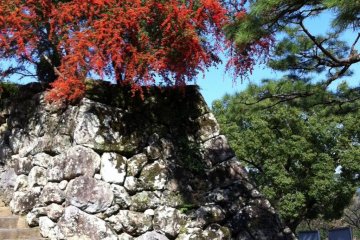