Kumamoto Castle is a famous landmark in Kumamoto Prefecture, famous not only in Kyushu Island, but also throughout Japan. This castle is one of Japan's best castles, and a "must visit" place for anyone who is interested in Japanese history. Exploring room by room in this castle, the visitor will feels like a time traveler in Japan's past. The rooms are beautiful, and the magnificent paintings and the ceilings will amaze you.

Kumamoto Castle is only 10 minutes walk from a bus stop in downtown. I suggest arriving in early morning when the gate has just been opened, because there will be two people dressed like imperial guards that will greet all visitors by using Japanese language along with intonation. Our guide was supposed to translate what the guards said but I was so fascinated by their actions, I didn't pay attention to the translation.

After paying the entrance fee and walking through the gate, you will see a vast field and majestic building made of black wood that stand firm. This castle is eye catching because it supported by pile of giant rock that formed like wall which facing each other, like corridor. Visitors have to go through that corridor if they want to enter the castle.

Unfortunately, this version of the castle is not the original version built in the fifteenth century. In 1877 the castle caught on fire, and half of it was destroyed. It was later rebuilt, but the new half is not wood anymore.

Find out more about Kumamoto Castle. 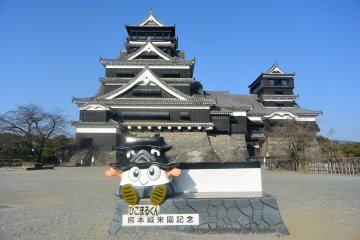 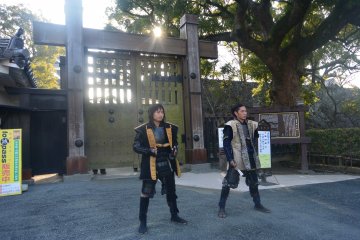 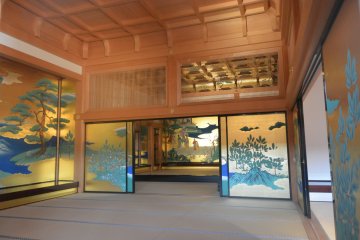 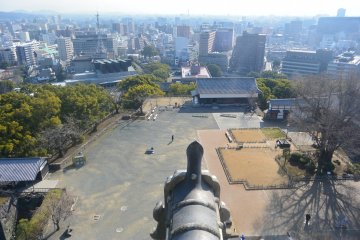