Experience the Way of Tea

Would you associate an accomplished Japanese martial artist with the aesthetic of performing chanoyu, the way of tea? For Canadian Randy Channell there is no contradiction. Budo (martial arts) and Chadō (way of tea) go hand in hand.

I met the master at his café ran Hotei located in central Kyoto.

“I was immediately fascinated by the similarities in movement and posture between budo and the way of tea. It was easy to compare the temae (procedure of preparing and serving tea) to the various kata (martial arts form) I had learned. Though the temae are much longer!," says Randy-sensei, as his students and friends call the renown tea master.

In 1993 Channell was given the opportunity to enroll in the Midorikai program at the Urasenke Gakuen Chadō Senmon Gakko (Urasenke Specialty College for Tea Studies).

Urasenke is one of the main traditions of Japanese tea dating back almost 500 years to Sen Rikyū (1522-91) who was the first head (iemoto) of Urasenke. To be a certified teacher of this school stands for many hours of hard training in preparing a “cup of tea” and for having a great understanding of Japanese culture in general.

For three years he would study from 9am to 5pm on weekdays with many weekends spent assisting at different tea events.

“Studying Chadō, the first thing you learn is how to be a guest and how to receive tea. If there is no guest, there is no Chadō,” states Channell.

Since graduation from the Urasenke Gakuen Chadō Senmon Gakko (Urasenke Specialty College for Tea Studies) in 1996 Channell has been teaching “the way of tea” at Nashinoki Shrine near the Kyoto Imperial Palace.

Not many foreigners have mastered the “way of tea” and there are only few certified foreign teachers but Channell is one of them. Last year he received his 'kyoju' (professor's degree).

“Many people have a greater knowledge of Chadō than I do but there is a uniqueness about being a non-Japanese tea master that enables me to bring Chadō to the public’s attention,” says Channell.

“I am very precise in my teachings from the traditional side of it but at the first encounter I want people to understand that it doesn’t have to be something where you are locked into a painful seiza sitting position and you can’t enjoy yourself,” he emphasizes.

With the goal of making Chadō accessible to a wider audience and to hopefully “plant a seed of interest” in tea in 2007 he opened ran Hotei. At the "café" matcha and delicious cakes are served and guests are able to have a “tea experience” using a special table-and-chair setting.

Does he think the “way of tea” is rather old-fashioned in this day and age of a coffee house culture?

“Don’t have pre-conceived ideas about tea but understand that the most important part is the interaction between people: to give tea with all your heart and to receive tea with an open mind.

The four principles of Chadō: Wa Kei Sei Jaku—harmony, respect, purity and tranquility—were valid 500 years ago, they are valid today, and they will be valid 500 years from now. Tea is timeless.”

“Randy Sensei” teaches tea in English three times a week at Nashinoki Shrine on the east side of Kyoto Imperial Palace.

Alternatively, you can experience tea at his café, ran Hotei, by making an advanced booking: yen 2,500 per person, minimum 2 people. 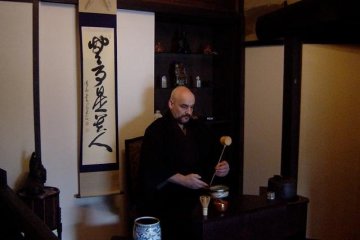 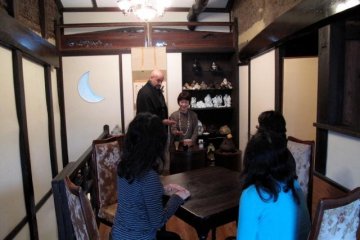 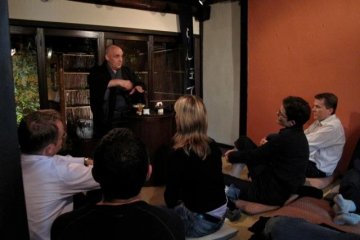 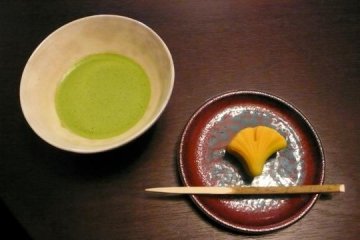 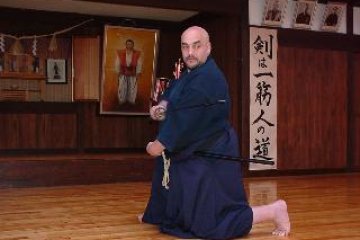 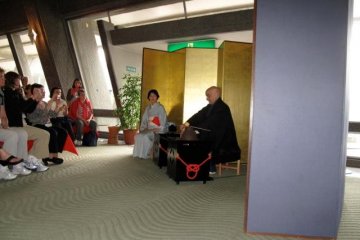 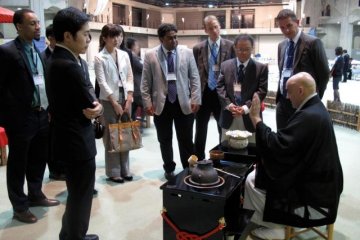 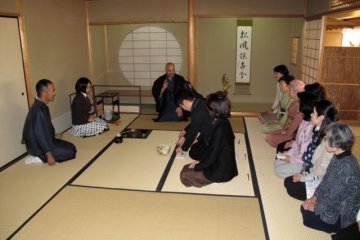