About twenty minutes east of central Kyoto on the subway, Daigoji doesn't get as many visitors as the more storied sights in the centre, but for my money, it's as interesting and beautiful as anywhere else in the city. It's worth dedicating half a day to a visit here, more if the Kami-Daigo temple grounds are open, to fully appreciate every part of the complex.

In 874, a Buddhist monk named Shobo Rigen Daishi climbed sacred Mount Daigo, and met an old man with white hair. This old man was actually the mountain god Yokoo Myojin, who gave the mountain to Shobo, along with a richly flowing fountain. Shobo then carved two Kannon statues and dedicated them on top of the mountain; following that, subsequent emperors built and expanded the many halls of the temple.

During its history, Daigo-ji has been ravaged by numerous fires, but the buildings have been painstakingly restored or reconstructed, and in 1994, it was registered as a World Heritage Site by UNESCO.

There are four separate parts to visit:

Open only in spring and autumn, the Reihokan is where you can see exhibitions of the temple's treasures. These include documents, craftworks and carved statues, but only a fraction can be exhibited at any time: I saw a selection of splendid large Buddhist statues, carved in meticulous detail, some of them fierce, some dynamic, some serene.

Initially built in 1115, the Sanboin has been used since then as the residence of the temple's archbishops, but the main draw for visitors is its ravishing garden, designed by Toyotomi Hideyoshi, the samurai-warrior-politician who unified Japan in the late 16th century. A highlight of a visit to Daigo-ji is to admire the beautiful screen paintings of the Omote-Shoin building, then sit quietly on its terrace and enjoy the view of the carefully tended garden.

At the foot of Mount Daigo, this is where the temple begins to merge into the forest on the slopes. There are a number of halls here, attractive and unfussy, sitting harmoniously in the wooded setting. You'll also find an imposing five-storied pagoda, and one of the best views in Kyoto, of the vermilion Bentendo Hall reflected in a pond, particularly striking when surrounded by vivid red leaves in autumn.

This part of the complex was closed when I visited, and at the time I write (January 2017), the temple's website says that entry is still prohibited. If it opens again, then judging from the pictures on the website, the numerous halls you'll find on the slopes and at the top of the mountain are more austere than those at the bottom. I imagine this would be a very atmospheric place to visit, taking in the forest air, with birdsong and footsteps the only sound you can hear.

The temple is open daily from 9:00am until 5:00pm (until 4:30pm in December, January and February). Admission costs ¥1500 when the Reihokan is open in spring and autumn, ¥800 at other times, with discounts for school students and groups of 20 or more.

Find out more about Daigo-ji Temple. 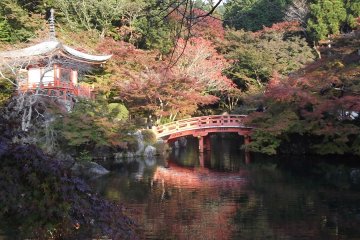 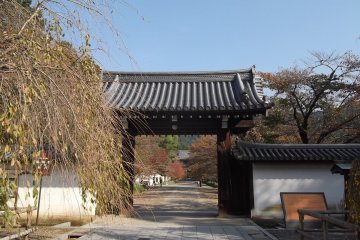 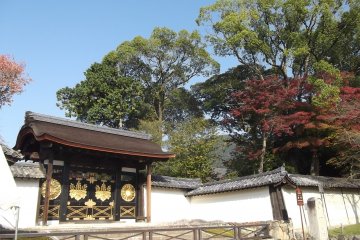 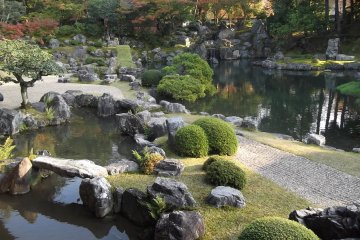 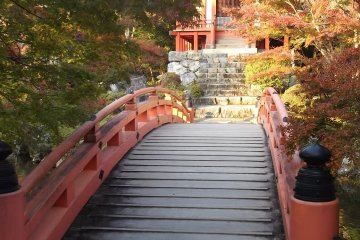 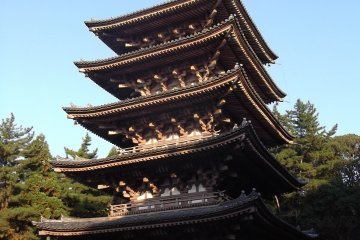 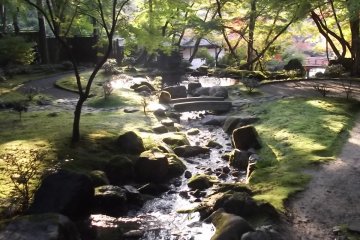 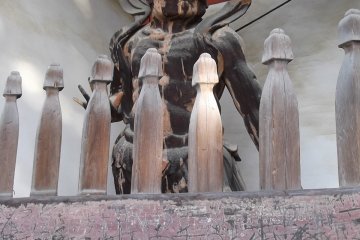 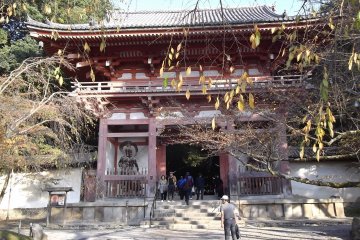 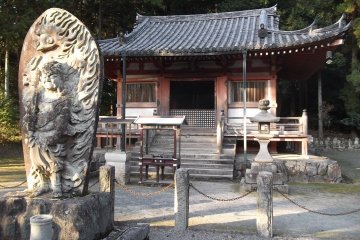