Miss Ono, selected from all over Japan, being today's descendent of the spirit of Ono. (Photo: Bonson Lam)

Ono and the Tale of a Hundred Nights

Bittersweet is not always a passive emotion, even though the conflict between the highs of sweetness and the lows of despair gives it an averaged-out feeling of conflicted ambiguity. It is a bit like having your feet buried in ice and your head in the sauna, so in reality, you do feel the intensity of both emotions. To me, bittersweet is biting your lips until they bleed, in an attempt to stop yourself from an uncontrolled blabber of tears. It is that intense. It reminds me of the word sayonara, for which the word farewell doesn’t do it justice. The word Sayonara literally means “if this must be it, then so it must be.” It reflects the sentiment of the longing and pain of having to part ways.

Ono and the Tale of a Hundred Nights

The word bittersweet summarises the life of Ono no Komachi (小野小町), who like Cleopatra, was one of the three classical beauties in Japan. She was born in faraway Akita and sent to the Imperial Court when she was twelve. While far from home, her beauty and poetry were the epitome of Miyabi (Elegance and Courtliness) and Mono no aware, the latter about sensitivity and communion with the beauty of nature, particularly being in tune with the impermanence of things such as the flower blossom. At Zuishin Temple, the annual spring dance festival commemorates the life of Ono no Komachi, who walked the footsteps here before us in the 9th century.

In her youth, there was a general named Fukukasa no Shoso. He lived in another village, which these days is known for the Fushimi Inari Shrine. Shoso fell in love with Ono at first sight and asked for her hand in marriage. She only agreed if he came to visit her each night, for a hundred nights. He had to walk, take an ox cart or a horse. It was a 5km trip each way from Fukukasa to Yamashina, through bamboo forests and mountains. Think of the despair he felt on a night when he walked all the way, and then not being able to see her, having to return the same way. Or the exhilaration when he did see her, with the return journey giving him time to reflect on its joys. On the 99th night, he collapsed part way on the road and died. This bittersweet story reminds me of Romeo and Juliet, or a Thousand Nights in Arabian Literature. Think of all the stories, the poetry, and drama that were unveiled each night, leading to the 99th night.

This romantic tragedy reminds me of the song Ue o Muite Arukou, which literally means, I look up when I walk so that the tears won't fall.

I can imagine Shoso humming this song to himself as he returned each night, singing

“I look up as I walk

So that the tears won't fall

But I am all alone tonight

Counting the stars with tearful eyes

But tonight I'm all alone

Happiness lies beyond the clouds

Happiness lies up above the sky

So the tears won't fall

Though the tears well up as I walk

For tonight I'm all alone

But tonight I'm all alone

Sadness hides in the shadow of the stars

Sadness lurks in the shadow of the moon

So the tears won't fall

Though my heart is filled with sorrow

For tonight I'm all alone.”

At the Hanezu Odori, the dancers play three parts, Shoso, Ono, and the umbrella holders. There is much wailing and lamenting, impossibly high-pitched flute notes and koto strings, a contrast to Ono’s young life, dancing and playing with children, or the happy memories of the first meeting.

The blossom of young love, and then death, is in many ways, a parallel to the life of the plum blossom branches that the girls were on their kimonos, blossoms that come into magnificent beauty, and then die in the prime of their youth.

But why are there so many plum blossoms on the temple grounds? During the Heian Period, it was the plum blossom that took captured people's hearts. Being here before the rush of the cherry blossoms, gives you a feel of a quieter, gentler time, a time of connectedness with the early days of Kyoto (then known as Heian-kyo) and even glimpses of the Tang Dynasty across the Silk Route to Chang'an.

The plum orchards weren’t always here. Ono lived here in the 9th century when this was a backwater, while the temple and its plum orchards started sometime after the 10th century. But such is the love for Ono and her plum blossoms, we are commemorating her life, more than a thousand years later. There was also a story that Ono used to love playing with children, she would sing and dance with them, marking the origins of the Hanezu Odori Festival.

The word “隨心” in Zuishin Temple means free heart. It could allude to the free spirit of children, or her free spirit in the heavens, having gained and then lost her lover over a hundred nights, of love lost, a life taken before its time. Hearing the haunting flute with its impossibly high pitch actually wants me to cry even more.

These plum blossoms like garishly pink for modern sensitivities, but for people in the Heian Period, like those depicted in the Tale of Genji, used to celebrate the pink plum hues rather than the more whitish cherry blossom. Admittedly, even within the plum family, there are deeper reddish and whiter variations. The word Hanezu actually refers to a lighter pink, a hue closer to the cherry blossoms so beloved today.

Fast track 1200 years later to today, elementary school girls in the Yamashina district vie to be part of the festival each year. Watching them practice seems the most natural thing in the world, like schoolgirls elsewhere trying out for the hockey or soccer team.

The day before the festival they perform an offering dance at the temple, a nod to the spirit of Ono. There is a sense of solemness in the air, as parents watch with pride and anticipation, thinking of all those shuttles they made in the evenings for the rehearsals, and perhaps a tear of joy as they remember the time when they too, danced in front of the altar, for the very first time. And so, a legacy of a millennium continues, with their younger sisters in school uniforms, watching and waiting for their turn to perform in a few years’ time.

The second dance is the Imayo. Girls who performed in the Hanezu Odori earlier can come back to perform the Imayo when they are in high school. Like the Hanezu Odori, the Imayo has its roots in the Heian Period, and women of high rank would perform it, which consists of creating an impromptu poem and dancing to it. These days, a courtly version of the dance is performed. Watching the discipline of the dancers, as well as the amazing fan work is a feat in itself.

Zuishin-in, the Daihonzan or head temple of the Zentsuji School of the Shingon Sect, is 5 minutes walk from Ono Station on the Kyoto Municipal Subway's Tozai Line. Adventurers who wish to retrace the 5,000 meter walk from Fushimi to the temple can find a map here, though much of the natural charm has been impacted by the Meishin Motorway. Rental Scooters and scooter tours to retrace this route, are available on request through Nijo Roujiya Guesthouse. 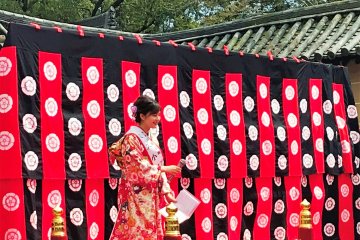 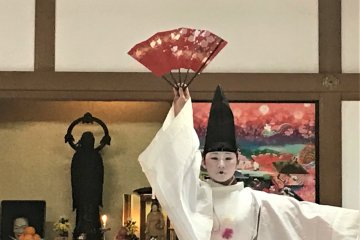 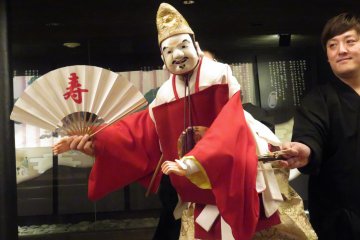 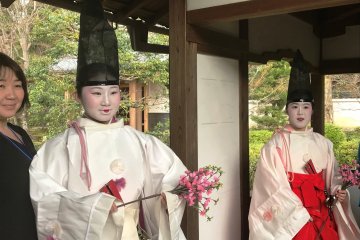 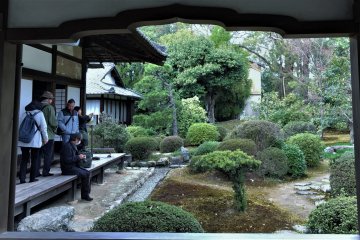 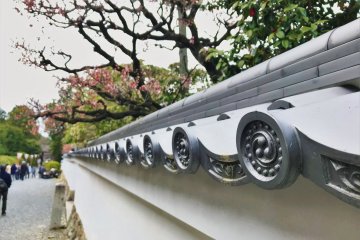 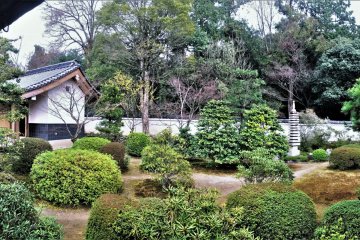 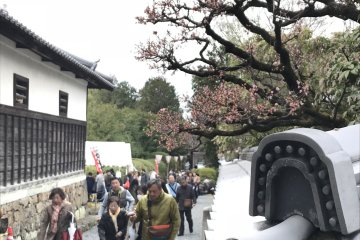 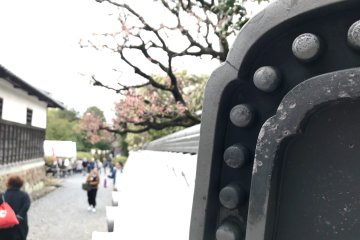 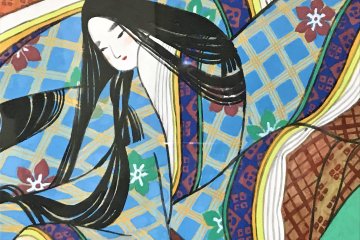 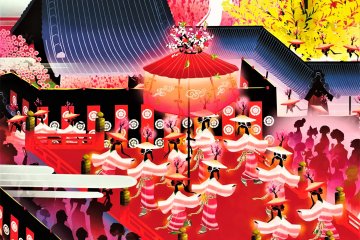 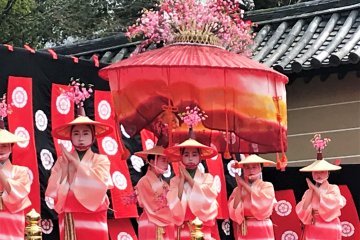 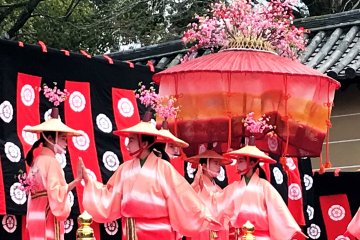