Learn how to interpret and appreciate Zen gardens!

Zen Buddhism is probably the most famous type of Buddhism to the outsider, but actually its following within Japan was historically mostly limited to the elite samurai class. The essence of the Zen teachings is that enlightenment can be attained by practicing oft-repeated and perfected rituals, such as flower arranging, the quiet contemplation of riddles or poetry, and meditation to clear the mind of worldly concerns. Physical repetitions such as the forms of swordplay was also very popular, such that body and mind could attain harmony and final the ideal of total detachment.

Another form of Zen practice is of course; the Zen garden. Here the careful arrangement of rocks, raked gravel and moss are used to create an abstract representation of a Buddhist teaching or lesson. The interpretation of these obscure stone gardens can be very tricky for the uninitiated to see, but thankfully the Temple Complex of Daitoku-ji is a great way to take a crash course.

This complex has a number of small temples, many with Zen gardens which allows you to explore a lot of these anathemas in close succession including Ryogen-in, with 5 including the smallest in Japan and a large representation of the universe, Daisen-in with its many gardens that surround the central building including a recreation of Chinese scenery, and the interesting Christian-Zen hybrid of Zuiho-in that is laid out in the form of a crucifix.

Compare and contrast them and come up with your own ideas, but make sure you pick up the laminated sheet available from Daisen-In which includes a detailed explanation of each of the gardens to help help you pick out the meaning hidden in the rocks.

Inside Ryogen-in there are a number of painted sliding screens, featuring dragons and hermits, and a display of the oldest gun in Japan.

The journey between each of these little oases of calm is down walled avenues of trees, maple and sakura groves and small, hidden away wood and white washed buildings, many of which are not open to the public, all examples of the Zen architecture and set out in a typical Zen layout.

Whatever happens you know at least there is one piece of enlightenment that everyone can reach - A rock is a rock. 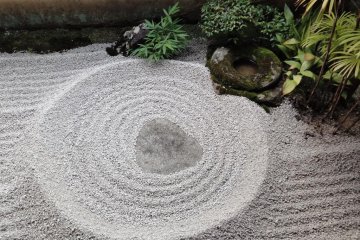 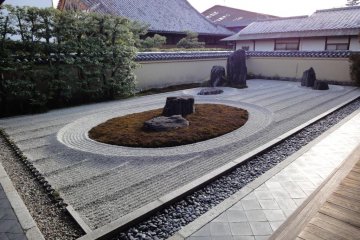 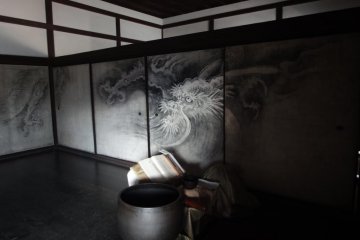 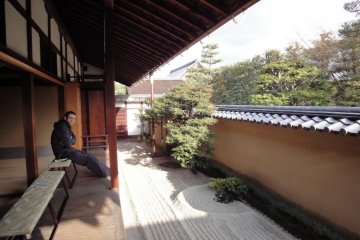 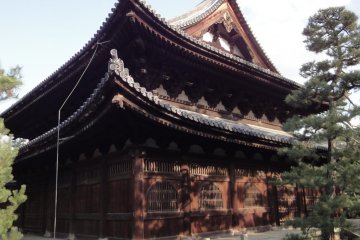 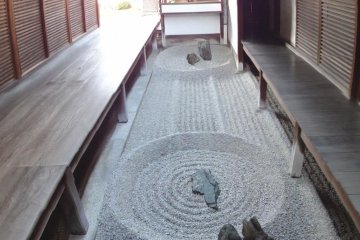