Gion Kappa represents everything I love about Japanese food and eating out. The restaurant is intimate, with a few dozen counter seats traditionally arranged in a square around the kitchen. Steam is everywhere and shouts between cooks and waiters fill the air. The ingredients are fresh and local, the cooking can be seen right in front of you, and everything on the menu costs ¥390 (though there is a specials menu). As you might have guessed, the restaurant can be found in Kyoto’s Gion district, a short walk from Gion-Shijo station and only a street away from Kamo River.

Luckily my friend and I were seated as soon as we arrived; I got the impression that this isn’t usually the case. Walking past tanks of live fish and shellfish, we got to a seat on the far side of the room. The place is cramped and loud; you’ll have to yell if you want an English menu. There is a dizzyingly wide variety of Japanese food on offer, but with the notable exception of noodles. I went for shrimp tempura, grilled chicken in vinegar soy sauce, boiled rice with baby sardines, and three kinds of deep-fried skewer (beef cutlet, asparagus and bacon, and “welsh onion” aka leek). My friend’s orders (that I tried) were cod roe omelette, pregnant smelt, and some kind of deep fried croquette. There is a compulsory charge of ¥390 that gets you a small creamy and onion like soup of some kind, which I used for dipping. The lack of scandalised looks led me to believe this is acceptable. Considering how busy and chaotic Gion Kappa is, the food is prepared and taken out relatively quickly. My skewers came first and were all delicious; crispy batter on the outside and juicy filling on the inside. The asparagus and bacon skewers were particularly flavoursome. Next came the chicken, which was even better (I came close to ordering another set). The vinegar soy sauce left the surface deliciously charred in places, while the meat on the inside remained tender and flavoursome. Next came the rice, made interesting by the tiny (almost indiscernible) baby sardines that added a great salty edge to the perfectly-cooked. Finally came the shrimp tempura, with light and fluffy batter playing off wonderfully with the texture of the shrimp. All in all I was extremely satisfied with all my orders. I tried my friend’s pregnant smelt and found myself overpowered by the strong flavour combination of the fish’s meat and eggs, though this was more an issue with personal taste than any shortcoming in the dish.

Gion Kappa is an affordable and lively establishment in the heart of Kyoto’s most famous historical district. Leave plenty of time to ensure yourself a seat, and you’re sure for an enjoyable and delicious experience. 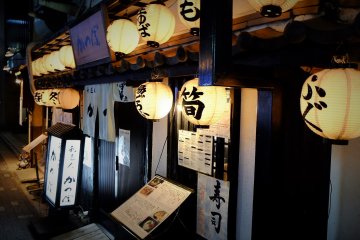 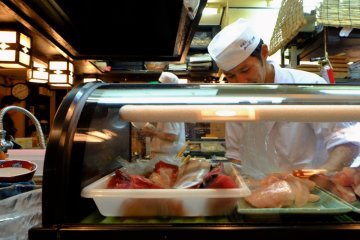 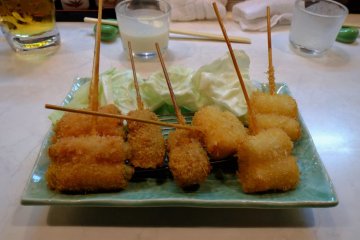 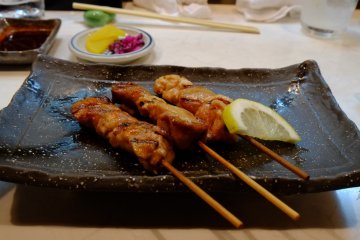 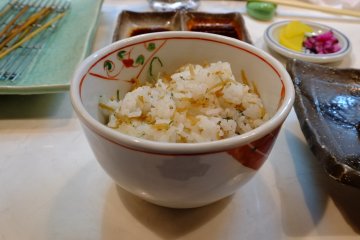 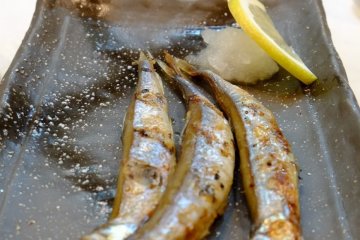 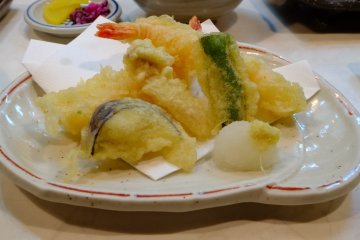 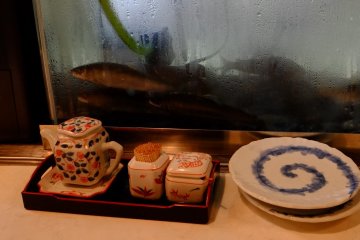