The garden at the rear of the main hall (Photo: Peter Sidell)

Whenever I visit Kyoto, I like to walk between destinations where practical, rather than using the bus or subway, as I'll almost always find something interesting along the way. So it was when I walked from my hotel near Nijo Castle up to Kitano Tenmangu; my map told me there were a handful of temples along the way, and this one proved to be an absolute delight.

First you come to the temple compound, compact and cosy, and with an interesting population of oddities. Among these are a couple of unusual Buddhist statues, one surrounded by twelve more cute tiny statues representing the Chinese zodiac. Then around the main hall there's a zen garden of moss and rocks, with some of the larger rocks also grown over with lichens, which you can contemplate from a terrace where there's a large statue of a bull.

It's when you get into the halls that you find the delights to be had here. Hourin-ji is known as the 'Daruma Temple' for a reason, that reason being the roughly 8000 Daruma dolls collected or donated over the years. Representing good fortune, they come in a wide range of sizes and depictions, all of them here: many are the typical bright red, but many are other colours, some are large and stand by themselves, many are smaller and rest on shelves in the halls.

As well as that, there are other interesting things to enjoy in the red Shusei-do hall, especially as visitors are allowed inside on both the first and second floors, very unusual in Buddhist temples. I had the place to myself and happily poked around every room, admiring the handsome old screen paintings, carved ventilation panels, and the serene Buddhist statues sat alongside the bright, cheery Daruma figures.

The closest station is Emmachi on the JR San'in line, a few stops from Kyoto station; the temple is maybe eight minutes' walk from there. The internet tells me that the nearby bus stop is called Nishinokyo Enmachi, served by routes 203 and 205. 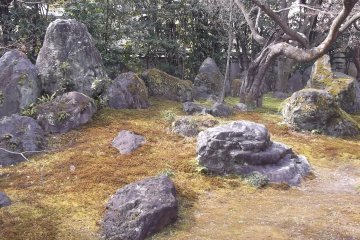 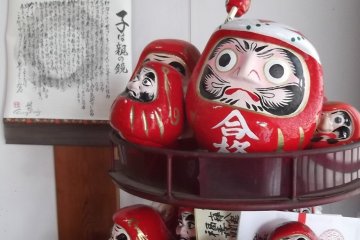 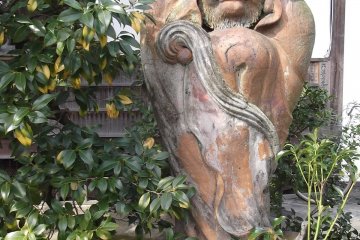 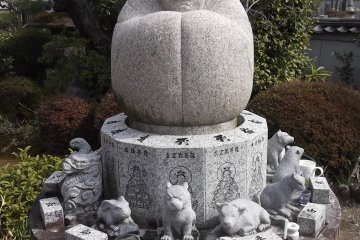 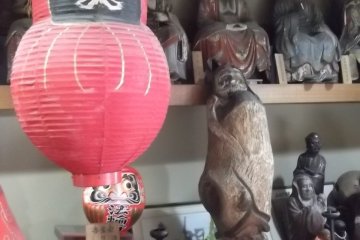