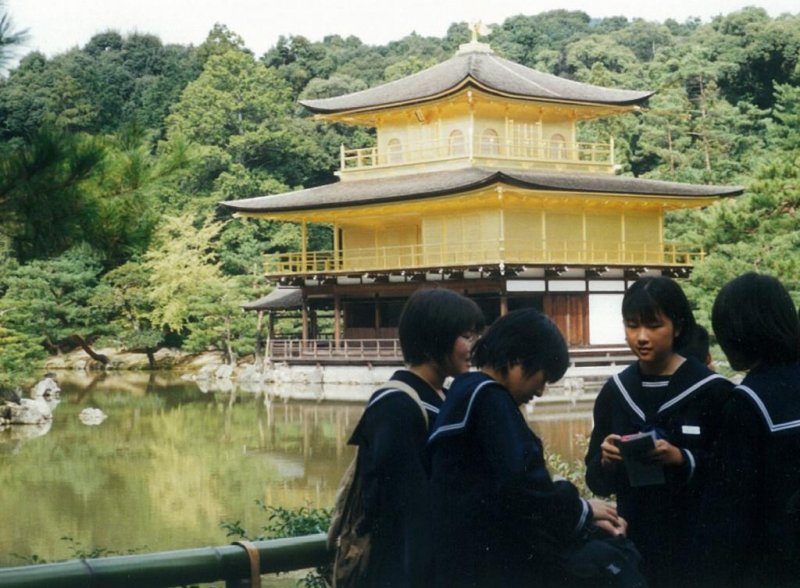 Schoolgirls by the temple 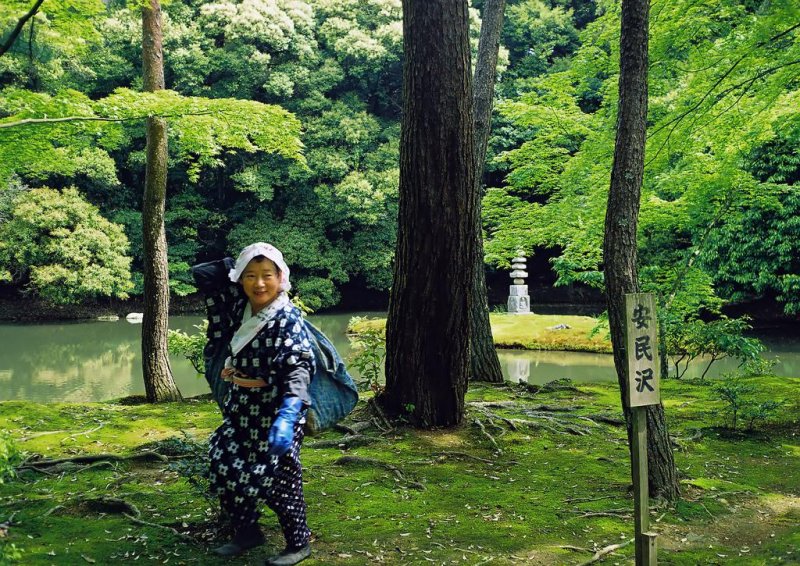 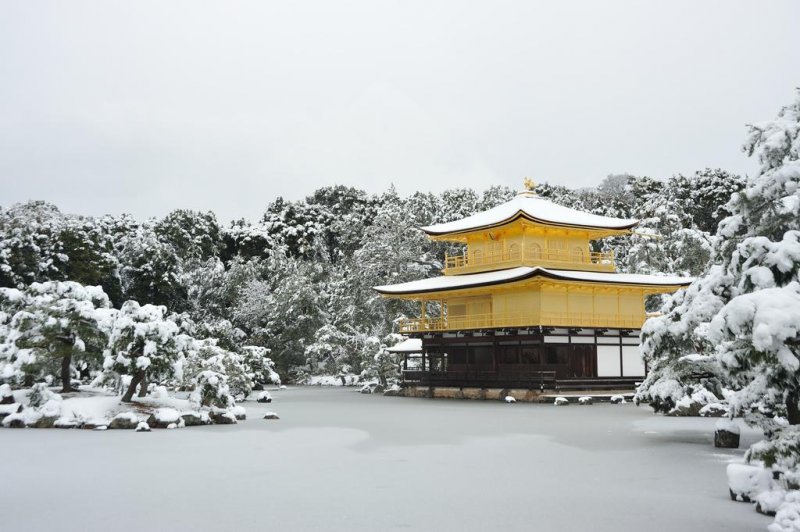 A view in winter 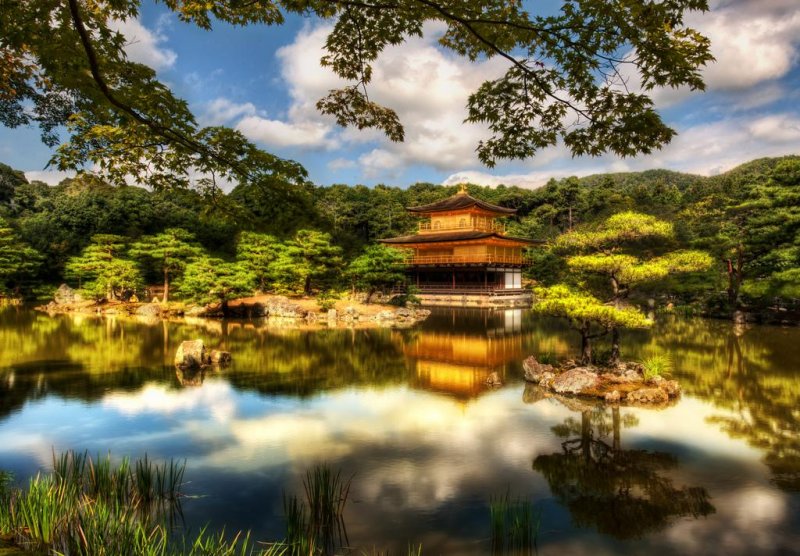 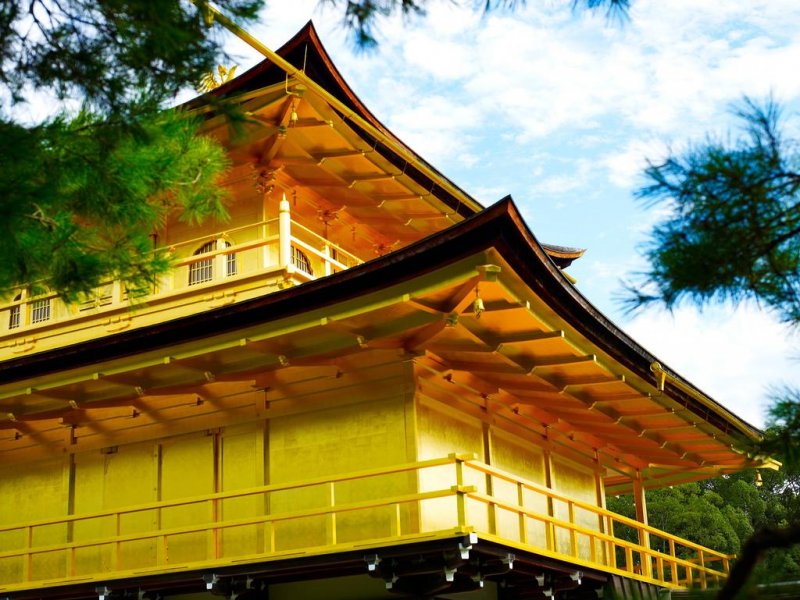 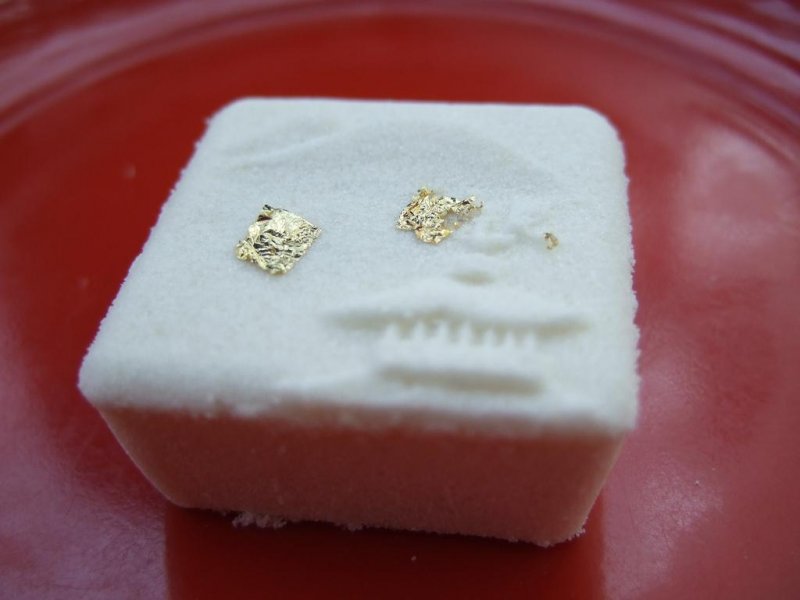 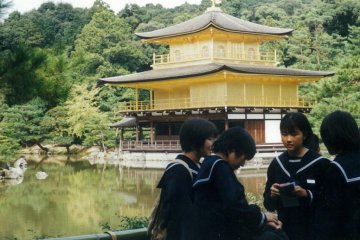 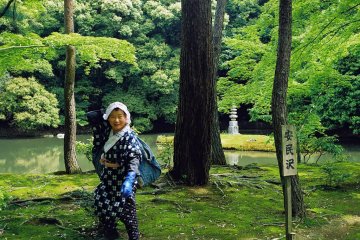 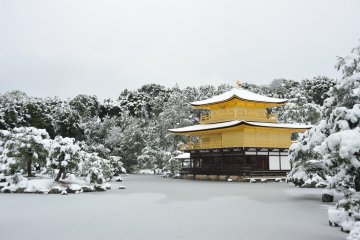 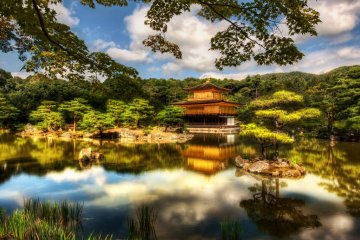 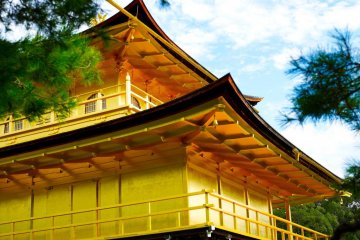 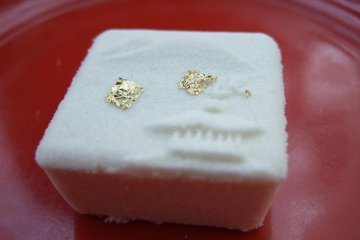 Kinkakuji, more commonly known as the Golden Temple, is as beautiful as it is enigmatic. Originally constructed as a villa, so when you are strolling around its extensive grounds, there is a feel of a perfectly manicured country garden, rather than a place of enlightenment.

The Gold leaf veneer evokes an earlier time when Kyoto's wealthy and powerful lavished their patronage to higher and higher levels. Originally used in interior decoration to bring light and contrast to dark rooms, its use on the exterior gives the pavilion a beacon-like aura in the sunlight.