Murin-an Villa was once the private villa of a powerful politician, Aritomo Yamagata. It is located near Nanzen-ji Temple, in the downtown area of Kyoto, but when in the garden, we feel quite secluded from the noise and crowds of the surrounding town. The garden is a nice fusion of Japanese and Western styles, and was built 120 years ago.

The gate of Murin-an faces a back street. After paying the entrance fee at the window, go into the garden. The building on the right soon after you enter is a Western-style house where Yamagata and high government officials held an important secret meeting just before the Russo-Japanese War (1904-1905). The building on the left is a Japanese-style house where (for an extra charge) Japanese tea is served. Following the stone steps and strolling along a pond, we can enjoy a variety of views walking from a flat lawn area to a hilly wooded area.

This garden is different from a typical Japanese garden. If you look at it carefully, you will notice some western influences. Yamagata’s request to Ueji VII included the three points below: 1) Create a lawn garden, 2) Plant many fir trees, cedar trees, and cypress trees, (not pine and bamboo) 3) Take water from nearby Biwako Canal into the garden and use it for ponds. The first and the second points are obviously features of western gardens. As Ueji made a garden that was a perfect fusion of Japanese and Western styles, we feel it quite natural. The third request was tightly related to the history of Kyoto. Ueji effectively used water to reproduce falls, river and ponds in the garden. He made three falls in the inner most area of the garden. They then flow down into a big, but shallow pond. Ueji said that the shallow pond would make it feel wider and bigger than it actually was. Then the water becomes a stream again, dividing Murin-an into three parts: the Japanese house, the Western house and teahouse, and the inner garden areas.

Ueji VII and his client, Yamagata

Jihei Ogawa has been one of two names passed down from generation to generation since the first “Ueji” established his gardening company in 1751. The name Ueji (kind of like a nickname) has also been passed down as the name of the company, and also the name of the present head of the family. (The current head is Ueji XI.)

Ueji VII was born in 1860. He married into the family by wedding Mitsu Ogawa, a daughter of Ueji VI, in 1877. At first, he studied and imitated samurai garden planner Kobori Enshu's style. Ueji VII also studied all aspects of garden planning, and gradually developed his own original style.

At the same time, the owner of Murin-an, Yamagata, played an active role in the establishment of a new Meiji government (1868-1912) and worked in the center of power until his death. He also had great insight into garden design, and asked Ueji VII to design and create a progressive and modern Japanese garden.

When Ueji started to work on Murin-an, Yamagata asked him what books he studied about garden design. Ueji VII mentioned a few book titles. Later, Yamagata got angry and said to him: “The books from the other day didn’t say anything about gardens!” Ueji VII said (I'm simplifying a bit here): “I’m a professional. I don't think I have to tell you every detail about my garden design, do I?” Everyone who was there froze. They thought Yamagata would bawl him out and fire him immediately. But it didn’t happen. Yamagata and Ueji VII trusted each other, and Yamagata enjoyed the garden for the remainder of his life.

In their obituary for Ueji VII, the Osaka Mainichi Shimbun commented (on Dec. 4, 1933)...The last words of Ueji VII to his family were, "Good luck, everyone!” He always stressed with them that all Ueji gardeners have a responsibility to return Kyoto back into the beautiful scenic place it once was. He also taught his disciples that the Ueji company should always be ready to handle any and all requests from teahouses, gardens, and the like. He said; "Our most important policy is that we are always prepared."

And so he kept huge amounts of materials for potential projects next to his house; ancient stones from the 6th–8th Century, tombstones from the 12th-15th Century, stone lanterns, old roofing tiles, aged pine trees, huge cypresses, and so on. People said it was almost like a forest! (My translation.) 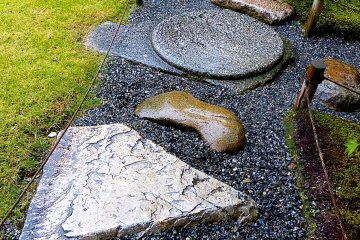 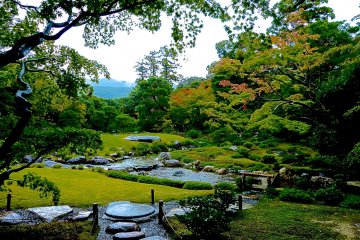 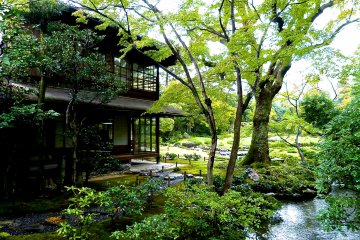 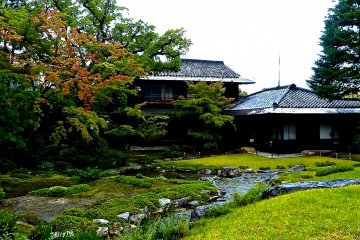 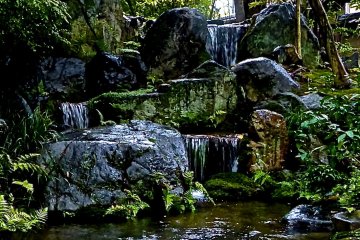 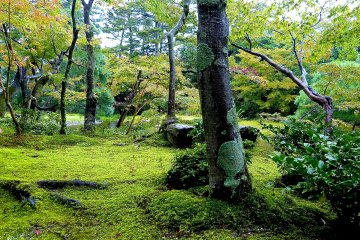 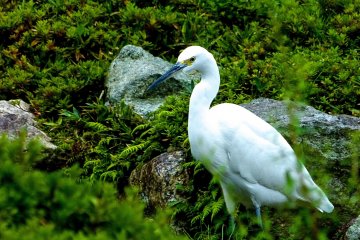 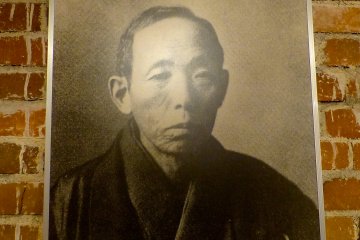 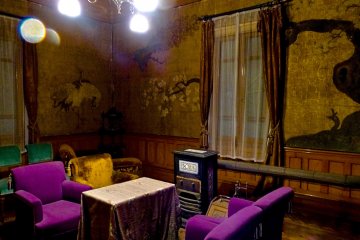 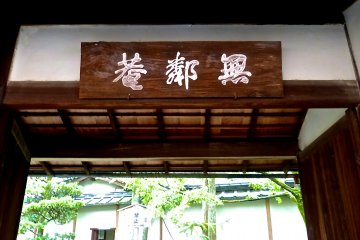 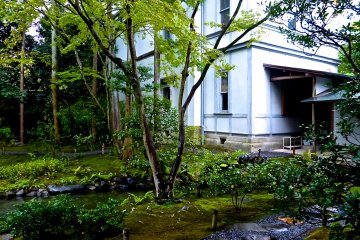