In The Zen Zone at Shinnyodo

In Shinnyodo I could hear a pin drop. I think it was the temple’s grounds that created this impression. I loved the temple too, aged and brown wooded with the traditional criss-cross beams edged in white, but more so, walking through the soothing calm of its verdant green surroundings. This was for me a true zen zone, like being in a big padded green plush room, blanketed and insulated against the squeaks and squawks of other people and other aggravations.

A temple of the Tendai Sect, Shinnyodo was first named Shinsho Gokurakuji when it was founded in 984. Its main object of worship is a privately roomed statue of Amida Nyoraione, one of Kannon’s many forms. What is significant, though, is that this Kannon has always had a special ear for women. This may or may not be a big deal today but it meant a lot at a time when certain temples and rituals excluded women, and this marks Shinnyodo out as different, even radical.

The hall of the main temple displays ornate Buddhist artifacts, relics, reliquaries, lots of intricate gold trellis work and filigreed chains suspended from the roof. The gold leafed ceiling is something to behold. You could be in a museum. The incense fragrance puts you in a reverential mood. Even if photography was allowed, it would seem disrespectful.

An entrance fee of 500 yen is charged to go deeper into the holy of holies. A small zen garden and a few rare antique paintings are the treasures. The antique paintings are on silk panels and stand alone in otherwise empty rooms. The zen garden comprises two seemingly simple scenes which might make some demand their money back, but I think we are supposed to ponder these scenes and meditate on the meaning of life.

Galloping back into the natural gardens outside, mirrors caught my eye. One was a mirror on a modern stone marker, like a sculpture, then a bigger squared panel at the back of the temple. This panel reflected the green scenery in front of it. It seems the mirrors, as in shrines elsewhere, contain the spirit of the kami enshrined within. This mirror was aptly placed, then, as Shintoists believe kami are found in nature's greenery.

Religious statues, mainly of Buddha, a stack of memorial stones and an unruffled pond by the side ornament the garden, adding to that zen feeling of being displaced from the ruckus and the racket of the city. The grounds are all moss covered, which makes Shinnyodo’s greenery literally top to toe. My luck was out to view the three-tiered pagoda as it was under renovation.

A flat stone on the grounds is said to contain a poem praising the serenity of Shinnyodo. So someone felt the same way as me, although eons ago - in 1694! It was written by a student of Matsuo Basho, a famous and respected pioneer in Japanese poetry and haiku.

Shinnyodo’s other name is Temple of Genuine Paradise. I couldn’t agree more.

Take the Kyoto City Bus #5 from Kyoto Station to Shinnyodo-mae Bus Stop. It can take between 30-50 mins.

Find out more about Shinnyodo Temple. 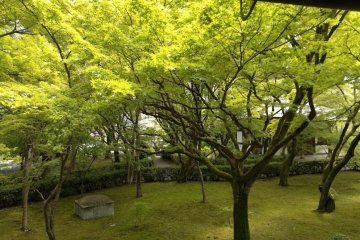 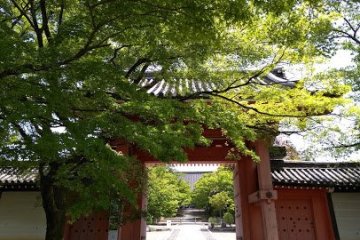 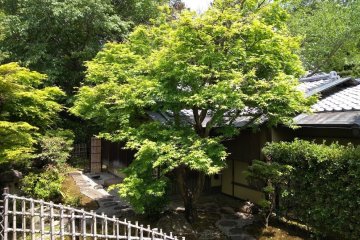 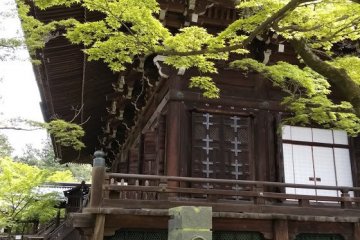 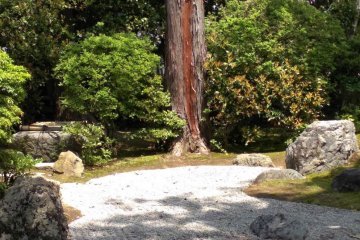 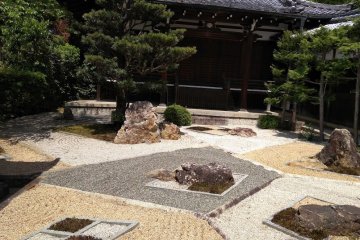 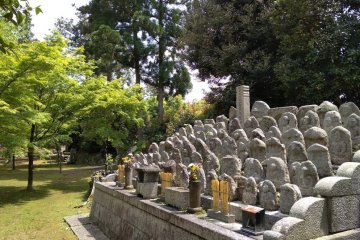 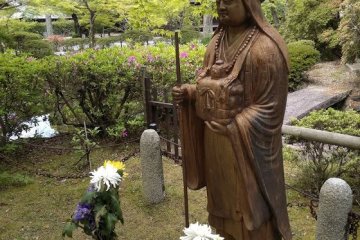 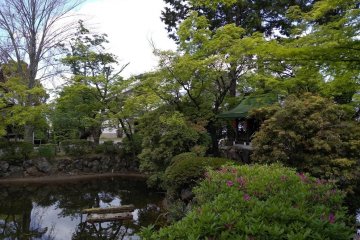 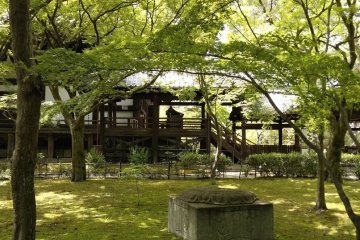 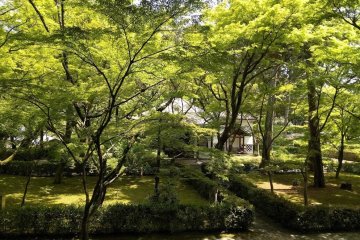