Nagoya to Kyoto by Train

What is the best option to travel?

A common question tourists ask is “What’s the best way to get from Nagoya to Kyoto?” Several trains connect the two cities, while buses are also a viable option since the distance between Nagoya and Kyoto isn’t that great.

Nozomi trains take 36 minutes from Nagoya to Kyoto. Nozomi shinkansen are the fastest bullet train to run that route and with no other stops in between the two cities, it’s the most expedient option. The cost of a ticket for this route is ¥5,640.

While the Nozomi Shinkansen (bullet train) is the fastest, the distance between the two cities is not great, so the Kodama (which stops at all stations) might be a viable alternative. If you hold the Japan Railways or JR Pass, you can take either the Kodama or the Hikari (2nd fastest train), but not the Nozomi.

The Hikari and the Kodama costing ¥5,440. This is broken down into the basic fare of ¥2,520 and an express charge during regular seasons of ¥2,920. Children travel at half price.

Being a more “local” train, you are more likely to get a seat on the Kodama. In fact, the train I got was nearly empty. This slightly slower travel allows you to a glimpse of life in regional cities, away from the hurried businessmen rushing on their way to their meetings in Tokyo.

Even though the Kodama waits for the Hikari and Nozomi to overtake it at the main interchange stations, it still fulfills your need for speed, with a maximum speed of 285 km/h (175 mph). Just because you are on a slower train, it doesn’t mean you are getting on a second-rate train. There are great facilities for the sight-impaired, including braille signs in the bathroom, and lots of different drinks available in the vending machines.

While the fare differences above may seem insignificant, the "Puratto Kodama Economy Plan" changes the picture totally in favor of the Kodama. Just by buying the ticket at least a day ahead at selected JR stations or JTB offices, you can get on the Kodama for only ¥4,100, plus you get one drink for free. You can use this drink voucher at a kiosk on the Shinkansen platform, or with a vendor on the train to get a soft drink or a beer.

This combination is known as a packaged ticket (train ticket plus drink), and you can only get it at JR Tokai Tours (a subsidiary of JR Central) located at Tokyo, Shinagawa and Nagoya Stations. You can get it at JTB or JTB Traveland counters all over Central Japan and Kansai, including Osaka, Kyoto, Nara, Shiga, Hyogo, and Wakayama. In JR Kyoto Station, there are two branches that sell this package. One is at the Central Exit, on the second floor. The other is at the Hachijo exit, on the first floor. They are usually open until 6pm or 7 pm.

Alternatively, tourists on a short stay passport stamp visiting Kyoto should also think about JTB's Free Plan Kyoto 2 Days tour package. This includes a return ticket from Nagoya to Kyoto by Kodama Shinkansen and a one- or two-night stay at a hotel, starting from ¥11,400 per person.

If travel on the bullet train is out of your budget, then there are ordinary JR trains. First, take a train from Nagoya to Maibara, and then change trains for one bound for Kyoto (they usually continue to Osaka and even to Himeji). The tickets are around ¥2,520.

During holiday periods there is an even cheaper alternative, the Seishun Juhachi kippu ticket. It is only ¥2,300 yen per coupon, and a “book” of 5 coupons can be shared between 5 people or 5 days. It can be used from 1st March to 10th April, 20th July to 10th September, and 10th December to 20th January. The ticket is valid for a whole day from 12am to 11:59pm, so if you are using this, I suggest that you use it to travel beyond Kyoto to Himeji or Nara for a day trip to make the most out of it. Between Nagoya and Kyoto, you can also stop by some historic towns that are often overlooked. Shigaraki, for example, was the imperial capital in 745, and has an fascinating story with its tanuki statues and unique pottery kilns.

Discover a new way to explore the best of Japan by bullet train.

Nagoya Station is less than an hour from Centrair Airport by a direct limited express train, making it a good alternative to Kansai or Narita Airports in reaching Kyoto. 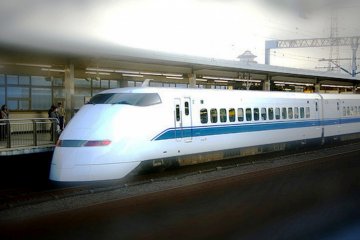 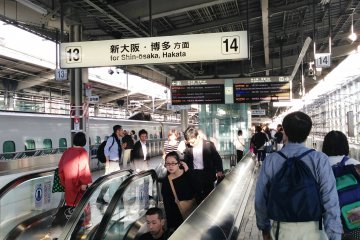 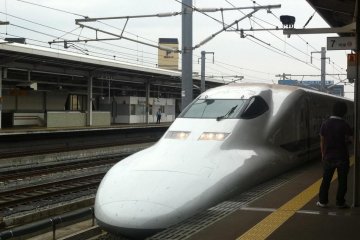 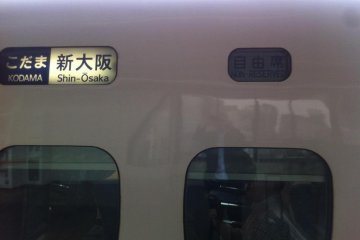 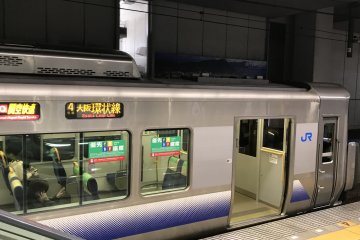 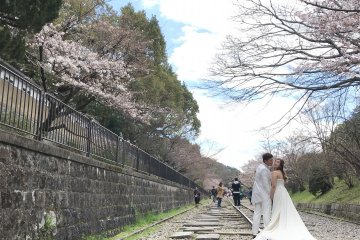 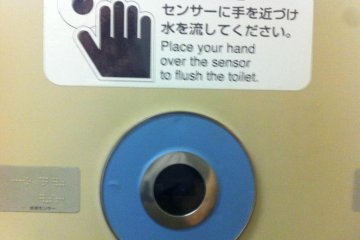 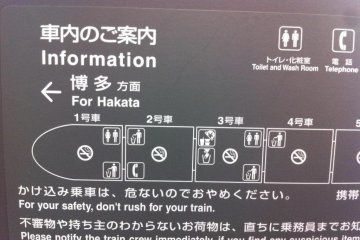