From Okami's Room to the Imperial Confectioner

What defines “deliciousness”? In the movie “Jiro dreams of Sushi”, Jiro says “Taste is hard to define, isn’t it?” This quintessential question has vexed chefs and taste makers alike around the world. So when Mrs Tamaru at Sasaya iori told me that these luxurious Kyoto sweets, or Kyogashi, can be enjoyed with my ears, I had to do a double take. Was this something I didn’t know after so many decades of eating, even though it was right in front of me?

It is said that as people age, they lose their memory. However for some people, the sense of smell and the melody of their favorite music, linger long in their minds. People who can barely put sentences together, will light up by the familiar smells and sounds of their youth, such is the evocative power of these senses.

I was intrigued as Mrs Tamaru, impeccably dressed in an apricot hued kimono and in the manner of a society matron, patiently explain to me the intricacies of the art of Kyogashi, Kyoto’s version of Wagashi. She may have explained this a hundred times before to the up and coming debutantes in her classes, but the freshness of her story remains the same.

The names given to each Wagashi is invariably connected with nature and the changing seasons. Instead of describing a strawberry dessert as “Strawberry Shortcake”, as you would in the English language, the Japanese names are invariably more subtle, a play on words, if you like. For example, I am presented with a sweet in the shape of a round, white sculpture. It could be a rabbit, a peach or a crane. As I wonder what the sweet could be, she tells me the name of the sweet, which is the Japanese word for happiness. Ah! The penny drops. As the rabbit and peach are not symbols of happiness in Japanese culture, then it must be a crane, its beak folded into its body like a ball, shielding it from the cold. Hearing the name of the sweet, and associating it with its shape, is their way of enjoying Wagashi with your ears. This wordplay is part of the Japanese tradition that invariably started a thousand years ago, with poetry games and riddles heard in the royal court. The use of poetry remains today, and this is like music to the ears.

Founded in 1716, Sasaya iori was one of the 248 stores that were licensed to sell sugar and sweet goods, 28 of which could make sweets for the royal family. Being so exclusive, these desserts were the height of luxury, becoming pieces of art called Kyo-gashi that was unique to Kyoto. Wagashi on the other hand was associated with the esthetics of the tea ceremony. These days, Sasaya iori is the fourth oldest surviving royally appointed confectioner from the Edo period. 20 stores out of original 28 have formed an active group named “Kasho-kai”. Thankfully, commoners can also enjoy sweets at their Shichijo main store as well as its branches at Kyoto Station.

Downstairs in the store, it looks like as it was twenty, thirty years ago. If the Imperial Princess were to drop by, maybe she can say that nothing has changed since her last visit. Instead of having to visit, she can have it home delivered. Even now, every year in January, Sasaya iori sends these delicate sweets to the Imperial Palace in Tokyo. In the Edo period (1603 – 1868), special wooden box called Hokai was used for delivery. Measuring 36 cm X 44 cm X 58 cm, it is like a trunk full of treasures, with a Japanese character written in the shape of a crane, and I can see the birds head in the delivery box emblem. Of course, you don’t have to buy a Hokai box at the counter, and delicate Kyoto palettes mean that one a day with macha tea from Wazuka is just right.

Many temples and shrines in Kyoto also continue their tradition of sourcing their handmade Wagashi from specially appointed stores. These stores are the guardians of the skills that are passed from generation to generation, along with the special cherry wood tools and sweet moulds which are unique to each temple. Even if you don’t get around to Mrs Tamaru’s store, you can contemplate Kyo-gashi with all your senses, in a tea ceremony and during a festival, wedding or special celebration. So the enjoyment of wagashi in different seasons can evoke memories of these occasions that mark milestones in someone’s life. 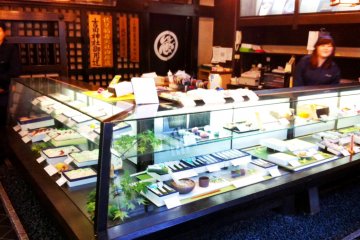 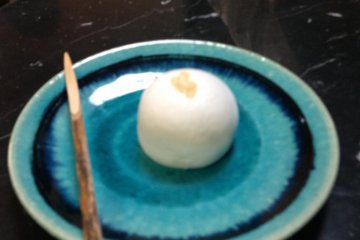 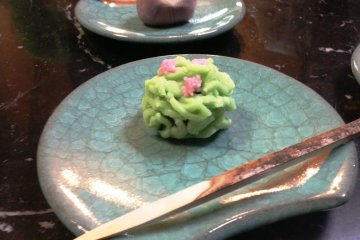 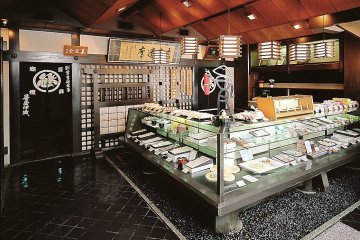 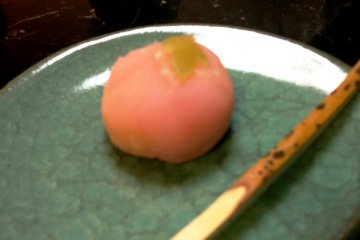 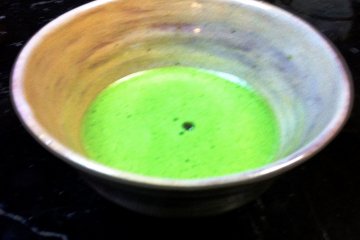 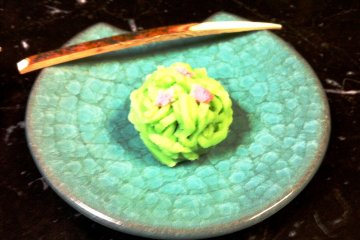 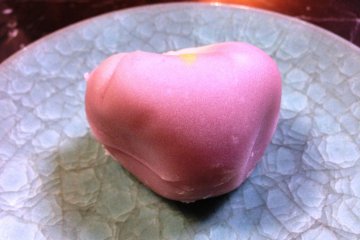 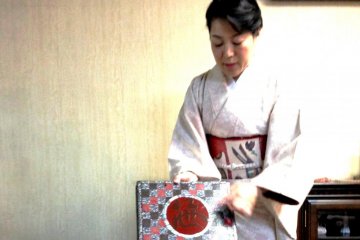 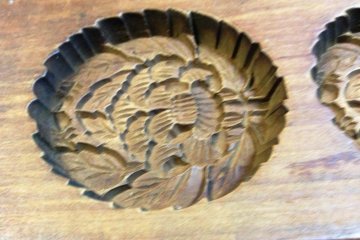 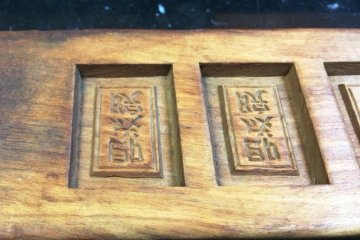