Main Temple of the Rinzai Sect of Buddhism

Near the busy Togetsukyō Bridge in Kyoto’s Sagano district you can find a beautiful UNESCO World Heritage Site: the Tenryuji temple grounds. This historical and cultural center is head temple of the Tenryuji sect of Rinzai Zen Buddhism. With its crowds, it is hard to believe that this place could ever be somewhere people would calm themselves in search of enlightenment. Then again, stroll through the temple’s gardens and learn about the history the temple has struggled through and you will soon find yourself in a humbling position of inner peace.

Tenryuji, known as Temple of the Heavenly Dragon in English, was first established by shogun Ashikage Takauji in 1339 to honor Emperor Go-Daigo. The Temple of the Heavenly Dragon is named so because after Emperor Go-Daigo’s death, it was reported that his priest friend had a dream where he saw a dragon rising from a river near the temple. While we all know Kyoto is a temple city with multiple UNESCO World Heritage Sites, it is also home to five great Zen Buddhist temples (and many lesser ones). Tenryuji has switched between first and second, but now retains the top position as the greatest of Zen temples in Japan. This is probably partly due to the fact that it was built on the same site as Japan’s first original Zen temple, Danrinji, once existed. It’s no surprise that a great Zen master, in this case Muso Soseki (1275-1351), was granted responsibility to be the first care taker and head monk of Tenryuji.

From a traveler’s point of view, Tenryuji is a place primarily visited for its historical significance. One can learn about Buddhism coming to Japan and how its influence spread. While the original temple buildings have burned from natural or war-caused fires, the reconstructions date back to well over a century ago and remain true to their originals. The buildings themselves are not particularly impressive, especially because they are competing with the grandeur of the city of temples, Kyoto. Being a Zen temple however, they do offer Buddhist meditation to the public on an occasionally basis.

The best thing about the Tenryuji temple grounds may very well be its splendid Sogenchi Gardens. Soseki laid out the gardens and they are some of the oldest in Japan. Over the years they have been cultivated and cared for throughout the many seasons. The location is famous for its beautiful blossoming flowers during the spring time or its autumn leaves during fall. Stroll under the shade of the garden’s trees while listening to the flowing water from a small stream and your mind starts to ease. What’s great about places like Tenryuji is it is far enough from Kyoto station that you don’t feel inclined to quickly see one tourist attraction after another to quickly complete a checklist. The gardens and environment is a great place to relax and you won’t feel rushed or guilty to do so.

Tenryuji can be easily accessed by public transportation or car from JR Kyoto station. A 16 minute ride on the Sagano line leads you to Saga-Arashiyama station. From there it is a 13 minute walk to Tenryuji. There are several nearby attractions and the area offers more natural scenery than many parts of Kyoto.

Find out more about Tenryu-ji. 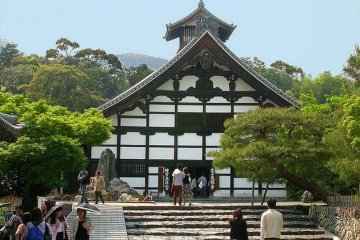 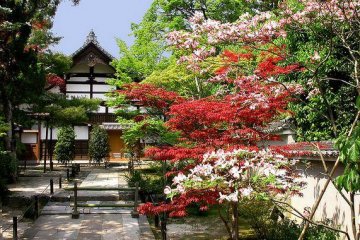 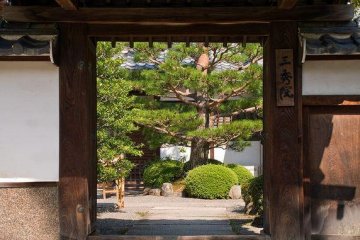 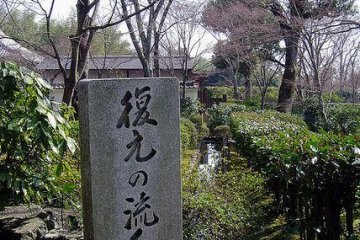 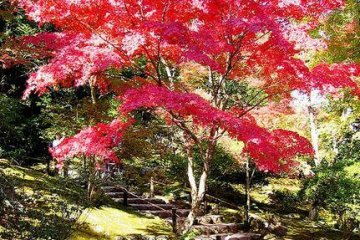 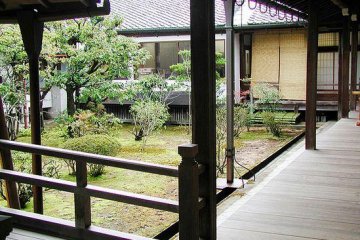