The best way to get to Kyoto's attractions

There are multiple railway companies in Kyoto - that means that you have plenty, possibly too many choices to choose from, right? Well, not exactly because the most efficient, money-saving tactic and technique is to carefully plan out which trains you will take each day. I have lived in Kyoto for two months now, and it is still difficult for me to understand the complexity of the Kyoto rail systems, so in this article, I will do my best to provide a guide of transportation in Kyoto!

In this article, I will touch upon four of the popular transportation choices: the Keihan Electric Railway, The Kintetsu-Kyoto Line, the JR Line, and the Kyoto City Bus. The Karasuma Subway line and the Hankyu line are both extremely pricey, so I will not go into detail about them.

The general consensus amongst Kyoto locals is that the Keihan Electric Railway, abbreviated as Keihan, is the most frequently used railway company in Kyoto. The Keihan line is most popular because of its affordability and the convenience of the station locations. The most convenient locations for the Keihan Line are located in Gion (Gion-Shijo Station) and Sanjo (Sanjo Station). For this reason, locals and tourists will often frequent the Keihan Line when going to Gion and downtown Kyoto. You can also reach the Fushimi Inari Shrine, as "Fushimi Inari" is a convenient stop on the Line, as well as a stop near Kiyomizu-dera (Kiyomizu-Gojo). To sum it up, the Keihan Line has many stops that are near major tourist attractions, making it a perfect choice for travelers. The only problem is that there is no stop at Kyoto Station. The closest station would be "Shichi-jo Station," which is a fourteen-minute walk away from Kyoto Station. The Keihan Line is also most definitely the cheapest option to use when traveling to Osaka, as the last stop on the Line is at Yodoyabashi Station. Compared to the one-way ¥560 fare from Kyoto Station, the roughly ¥400 one-way fare to Yodoyabashi is a clear winner.

The Keihan Line is the best choice for traveling to: Gion, Sanjo, Osaka (Yodoyabashi Station)

To reach Kyoto Station, it would be most economically efficient to use the Kintetsu-Kyoto Line, as it runs right from Kyoto Station. The Kintetsu Line also has a stop at Toji Temple, another popular tourist attraction. The Line is sometimes a little more pricey to travel on, as it shares some of its tracks with the expensive Karasuma Subway Line.

The Kintetsu Line is the best choice for traveling to: Kyoto Station, Toji Temple, Uji

For most foreign tourists, the JR Railway Company is the most well-known railway company in Japan. This is because of the ever-so-convenient JR Rail Pass for travelers. However, if you are only in Kyoto for a short amount of time, the 7-day JR Pass would not be worth it. Thus, the JR-West trains may be pricier than anticipated. However, there are still some places that you can reach using the JR Line with reasonable fare prices.

The JR Line is the best choice for traveling to: Uji, Arashiyama

Trains are the most commonly used form of transportation, but the Kyoto City Bus is also a convenient choice. The ¥500 yen one-day pass is extremely useful if you're looking to do a handful of Kyoto's attractions in one day. A sample itinerary could include Kinkakuji, Ginkakuji, Kiyomizu-dera, and Gion. The bus also goes to Arashiyama, so it is an even cheaper alternative to the JR Line (¥240 yen one-way), if you are looking to go to Arashiyama and other places in one day.

To conclude, Kyoto's transportation systems are extensive and complex - make sure you plan out your schedule beforehand if you are traveling on a tight budget, and would like to save money that will later be spent on delicious food! 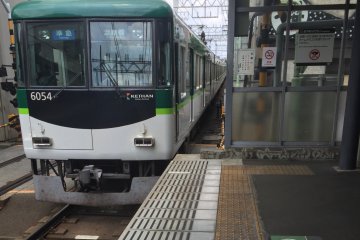 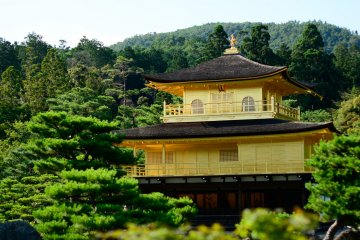 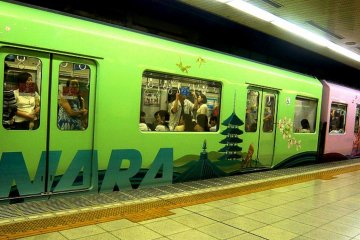