A conversation with President Yamada of Unsodo (Photo: Bonson Lam)

The enlightenment of traditional prints

The other day I received a greeting from an old friend, himself a Nihonga artist.

"Hi Bonson, I hope you are well too. I'm quite busy this spring that I haven't went to see plum blossoms but still the spring of Kyoto is beautiful. As you know Hokusai lived in Edo and not Kyoto, so we don't have so many connections with Hokusai here. There is however one person I can introduce who has connections with Hokusai. He is the president of one of the oldest Japanese wood printing studio in Kyoto. And he has some original wood plates of Hokusai's Ukiyoe.” This is the start of my adventure with Unsodo, a book vault, gallery and publisher in Kyoto.

One of the joys of being in the Kyoto community is that people still think and write like their ancestors from a few hundred years ago, where nature inspired their greetings, like the days from the Tale of Genji. Also, their introductions to family owned ateliers, called Shinise, is key to unveiling treasures that are often hidden behind the wooden screens of machiya that line the streets of old Kyoto. Actually Unsodo is not a place that many people know about, even the librarians of the Japan Foundation.

From the outside Unsodo makes no attempts to advertise itself. It could easily be like one of the hundreds of ma and pa shops that haven’t changed from the 1950s. Indeed, this is apt way of describing the experience here, one of going back in time, and letting the artefacts shine. For when you have a treasure trove of old prints and books, you don’t need anything fancy to distract from it.

In the days when fires gripped the wooden townscape of Kyoto, the owners here have kept their treasures in a vault, one that needs an introduction to discover. Like many machiya houses, once you get away from the front rooms, the place unveils itself. Aisles and aisles of ancient artefacts, all hidden in the kura or warehouse in the back.

I have a riddle for you. What belongs to you, but other people use more than you? Your name. Hokusai’s name now is bigger than life, but he was actually not that well known in his younger years.

It is easy to imagine that his painting of the great wave came naturally, but it was actually 50 years in the making, the culmination of a lifetime studying and at the same time rebelling against artistic conventions. His ability to stand out and see nature in a different light could see him being outcasted, but in his aging years, it was his way to bring nature to life in a still, two dimensional medium. It reminded me of a saying that no one is an overnight success. It’s the hard work over many years that gets you ready for when it really counted.

At the same time, Hokusai’s work was truly innovative, at a time when Japan was opening to the world, and the country was seen in some eyes more as a copier than an innovator. Hokusai was the original cross-cultural expert, taking the spirit of nature and distilling it in almost bigger than life scenes like the Great Wave off Kanagawa, and inspiring artists like Van Gogh and Monet. By not just painting what he saw, but what he felt, he made his soul accessible in a visual medium, and gave meaning to the Impressionists who followed him. His influence stood the test of time, as connoisseurs from Europe and America have helped revive the love and resilience of woodblock prints in Japan.

Founded in Kyoto in 1891, Unsodo is Japan's only remaining publisher of hand-carved woodblock prints. This may be a surprise, but it is very labour intensive to make these woodblocks, making them an authority on Hokusai, as well as other artists. Throughout its long history, it has created scores of patterns, from which the owners have carefully curated for the current collection. The resulting designs are delightfully fresh yet retain an intricate beauty characteristic of woodblock prints.

If you have a unique request, these are the publishers to go to. Their mission is to show the true beauty of Japanese prints in a modern world, one that started with their establishment in 1891. Despite its dour exterior, Unsodo has championed a number of collaborations, including a limited edition run with Uniqlo.

Given their mission to preserve the artform of woodblock carving and printing, it is apt that their name comes from Unso, a plant cultivated as a herb to protect books from pests. Not only do they showcase the work of Hokusai, but also artists that represent the other strata of Japanese society, including Rinpa artist Kamisakka Sekka. 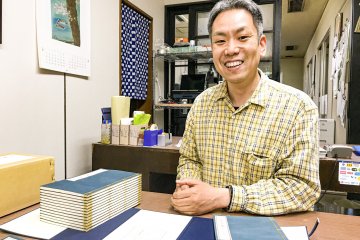 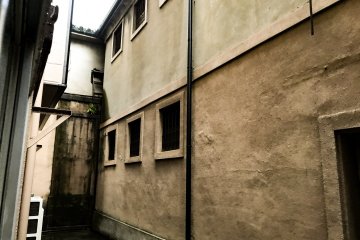 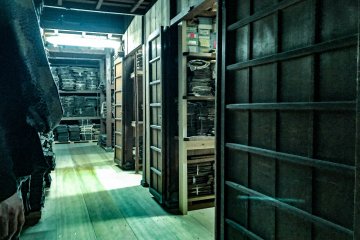 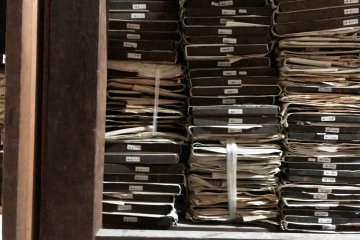 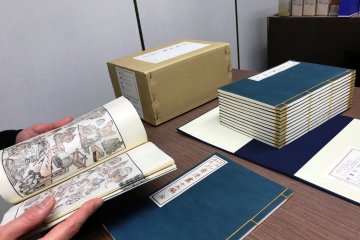 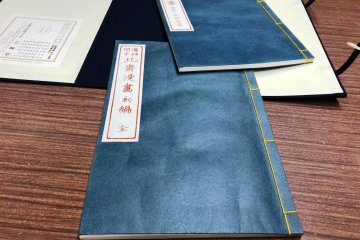 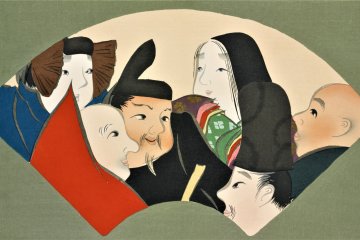