Take tea with the Chairman of Gion Matsuri

Far from the fanfare and the festive summer buzz at the Gion Matsuri, Yoshida san contemplates his life from the sofa of his hundred year old Machiya, surrounded by antiques and the hypnotizing rhythm of the grandfather’s clock. Dressed in a plain grey suit, you could almost imagine him chewing on a pipe. I thought he would be wearing a traditional men’s kimono and haori, but such is the multi-faceted richness of his life, my preconceptions were slowly unraveled over a bowl of Macha tea.

It is hard to imagine, that in the latter years of his life, Koujirou Yoshida, a quietly spoken seventy something gentleman, carrying the weight of the Gion Matsuri on his shoulder; should cross paths with some fresh faced twenty year olds from the newest part of the new world, whose foundations had barely the chance to set dry.

In the ninth century, a plague broke out in Kyoto and in their attempt to appease the spirits; the best artifacts representing each part of Japan were placed on floats as an offering. Thanksgiving for the end of the plague formed the basis for the Gion Matsuri. With the development of trade on the Silk Road, Persian carpets and Chinese designs were displayed in exquisite floats worthy to be called a moving art museum.

As the custodian of the festival, his house here reflects the spirit and esthetics of the event, with Turkish rugs and English furniture alongside tatami rooms and a display of a three hundred-year-old Hina Matsuri (doll festival). He explains that as these Machiya displays are open during the Gion Matsuri, the decorations inside the house form as much a part of the festival as the more famous floats outside on the street.

Of course, there are also more “Japanese” elements in the Machiya, like the spring water well which is used for everything from tea to sake, the outdoor kitchen with a straight “alley” where barrels of supplies were rolled in from the street, the huge wood cooker where Mr Yoshida reminisces on how wonderful wood fire cooked rice can be, and the various bento boxes for servants and guests that line the tansu like cupboards.

While you are around, feel the strength and the magnificent carpentry in the wood beam walls, a craft that was refined in the Tokugawa era, and Mr Yoshida is blessed to share the same carpenter that built the house of Professor Takeda from Kyoto Imperial University.

He also explained the design of the Machiya, with small courtyards perfectly designed and placed to act as natural air conditioners. The sun would shine on one of the courtyards, and as the hot air rises, cool air takes in place from the other courtyards to cool the house. There is something poetic about how to live anew from something that is very old.

These traditional townhouses are not just residential spaces; they have important commercial and cultural roles as in the life of Kyoto. Their elaborate displays of east and west, anchor the deep roots of the festival. The Gion Matsuri is not the same without the Machiyas, for they give birth to the festival and sustain its heartbeat. 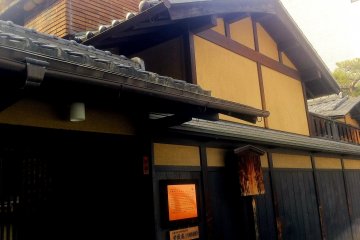 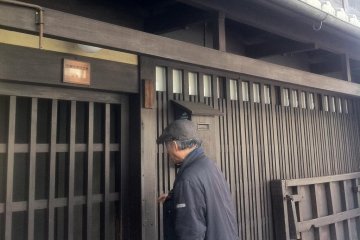 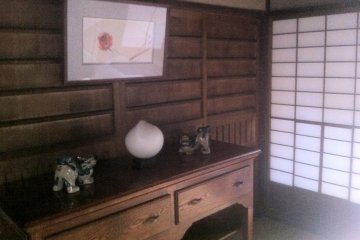 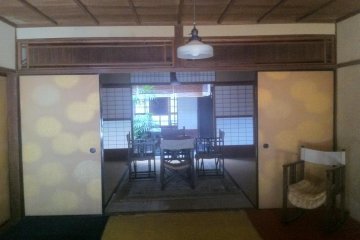 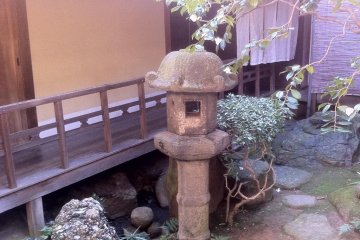 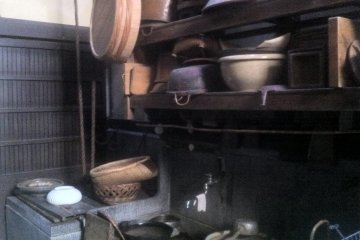 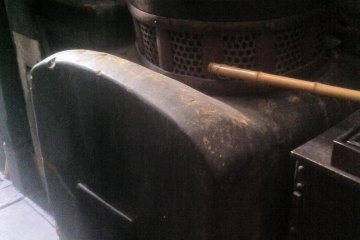 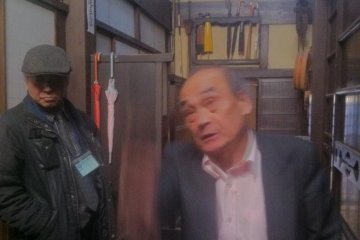 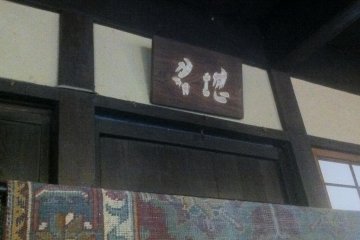