Filled with lanterns that light up at night

The Yasaka Shrine is located in the Gion district of Kyoto, and is not too far from the very popular shopping streets that feature the sannen-zaka and ninen-zaka steps. It used to be called the Gion Shrine, but was renamed when shrines and Buddhist temples were separated during the Meiji Restoration. The shrine worships and respects Kushiinadahime-no-mikoto, Yahashira-no-mikoto, and Susanoo-no-mikoto. The latter is arguably the most popular and worshiped deity in this mythology. The stories of Susanoo tell us that he committed crimes after the death of his mother, and was banished. He eventually confronted these various problems with great fortitude and broke new ground.

Yasaka is very renowned throughout Japan and has about 3,000 satellite shrines dotted across the country; a satellite shrine is off location from its main counterpart, but worships and respects the same deity and mythology. Yasaka Shrine became designated as a Kanpei-taisha, meaning it stood in the first rank of government-supported shrines. Its history potentially goes way back to 656, before the Heian Period!

The grounds include a dance stage at the center of the shrine. The stage is ever more popular with tourists because of the many lanterns hanging up that light up at night. It’s a beautiful sight that I unfortunately missed, due to only having the daytime to visit.

Each year Yasaka Shrine hosts a summer festival, called Gion Matsuri. This is pretty much the most popular festival across the whole of Japan. It was first started over 1,000 years ago, back in 869. This was during the great disaster of the plague that was spreading across Japan. The festival was then started to appease the God of Gion, and to pray for deliverance from this great disaster.

Wandering around the grounds you’ll feel a lively atmosphere and see a lot of people come to ring the shrine bells, pray, then leave. There are a few shops and stalls around for you to get some meaningful souvenirs, linked to the shrine. I even came across a man cooking and selling crab sticks! At only a few hundred yen I obviously grabbed one, and it was a delicious snack. 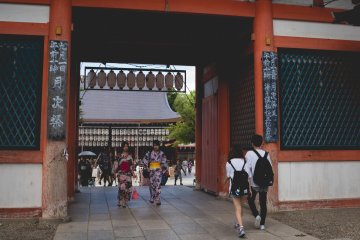 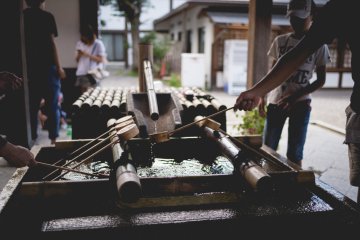 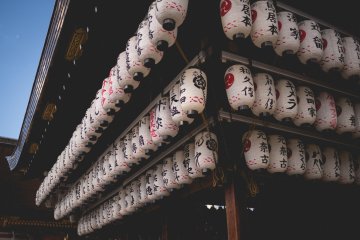 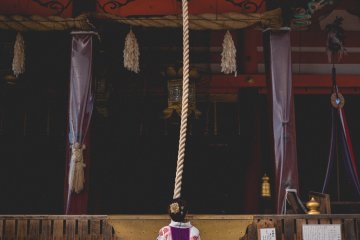 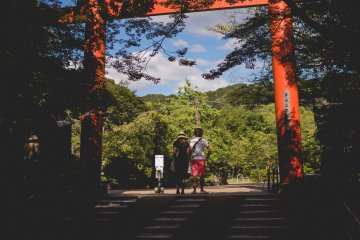 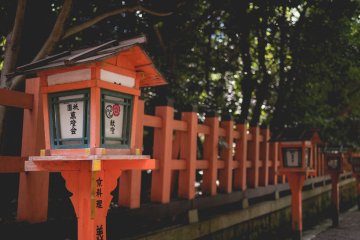 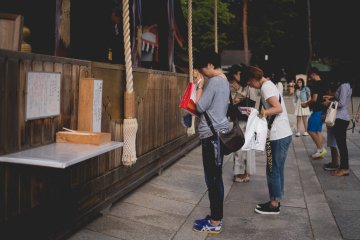 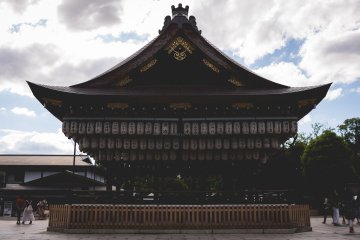 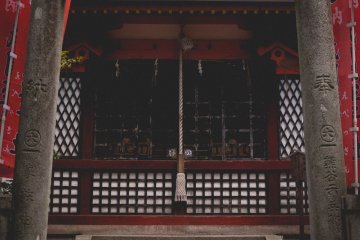 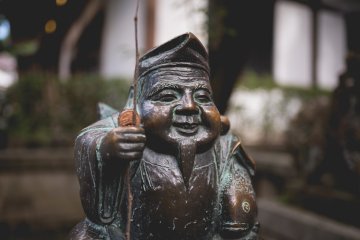 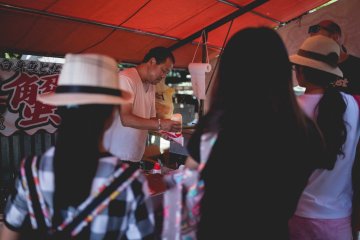 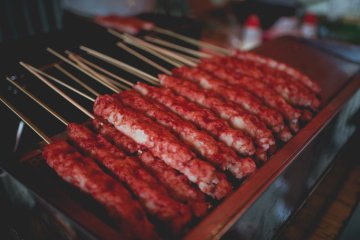