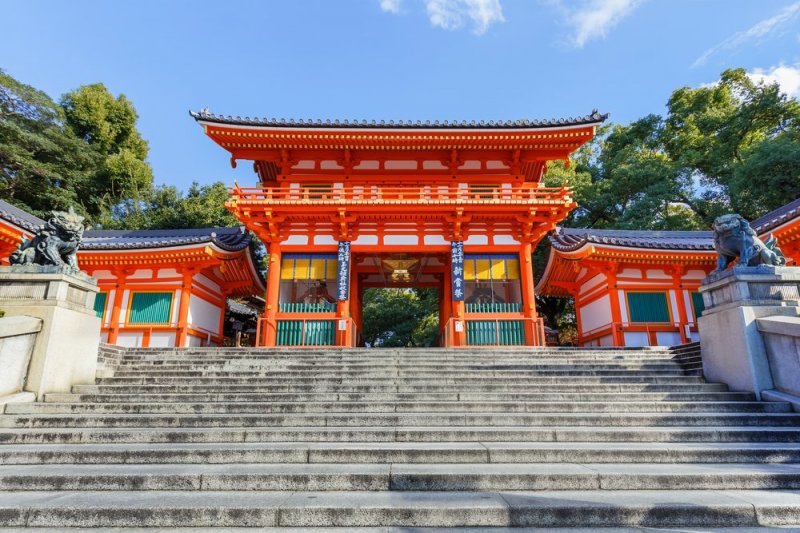 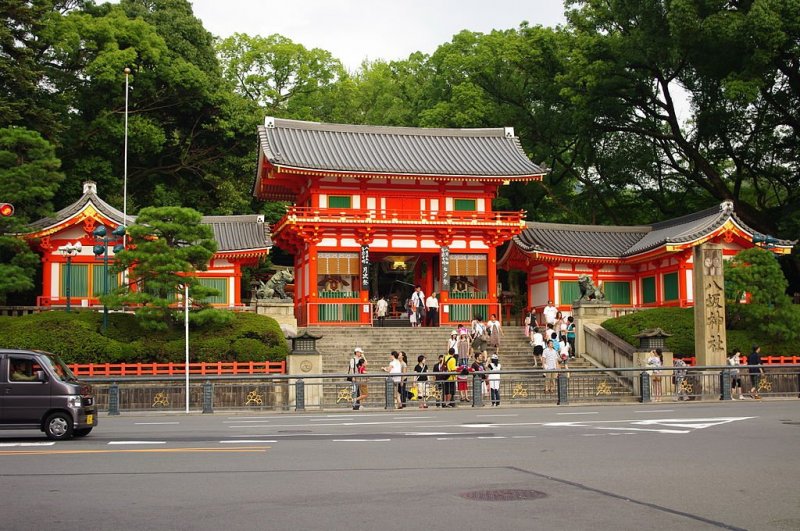 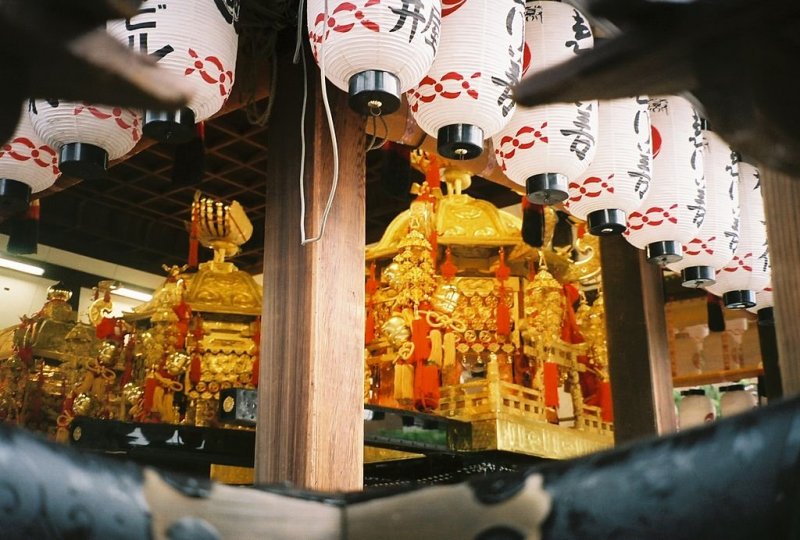 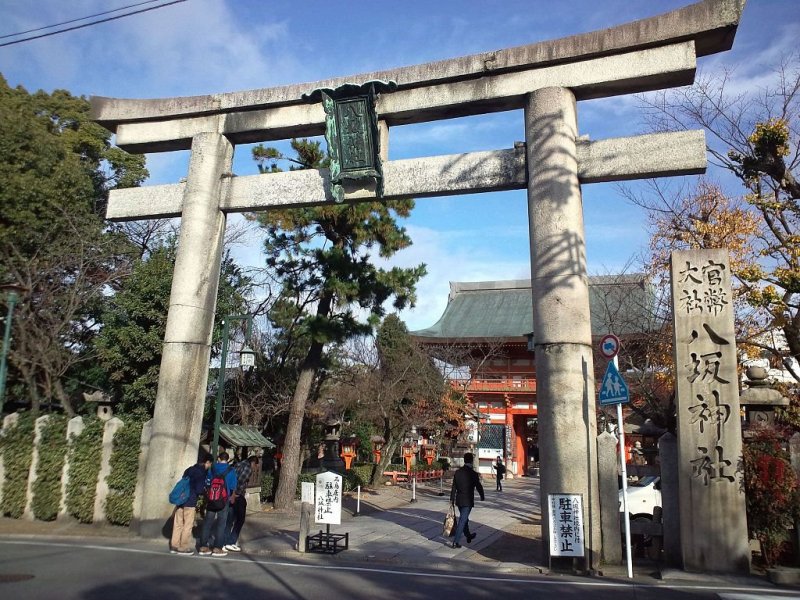 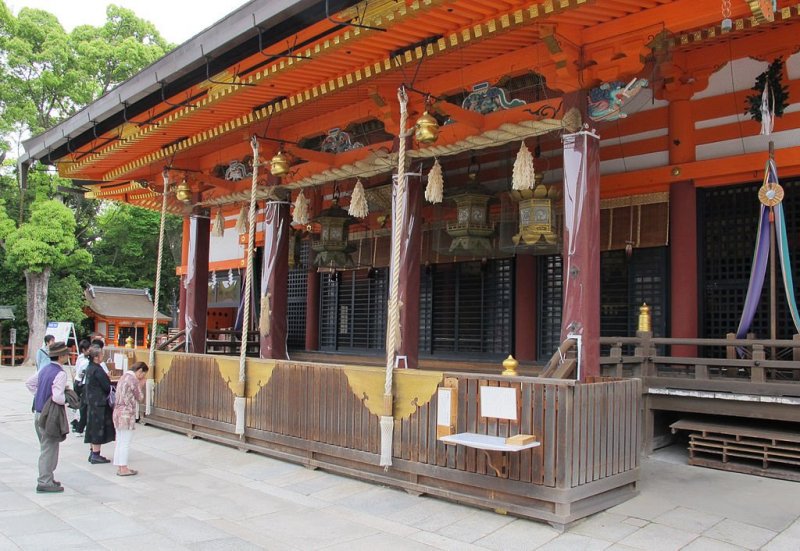 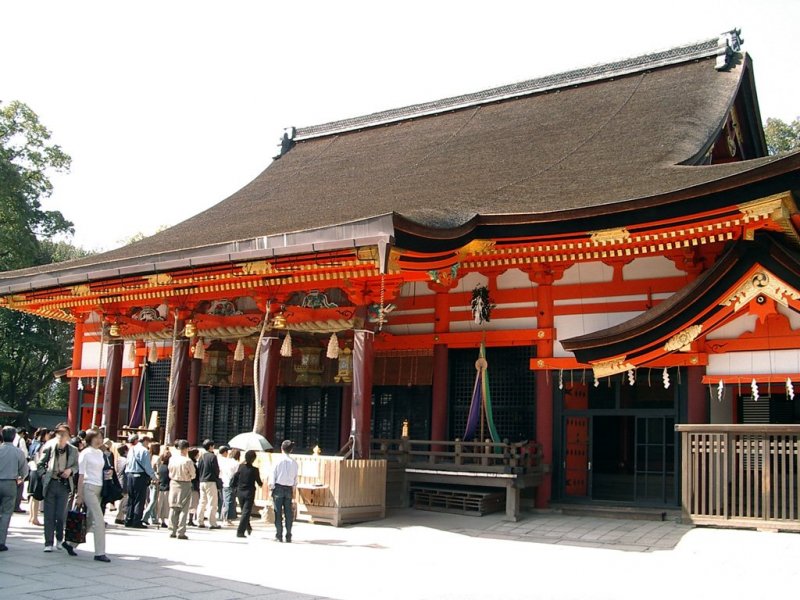 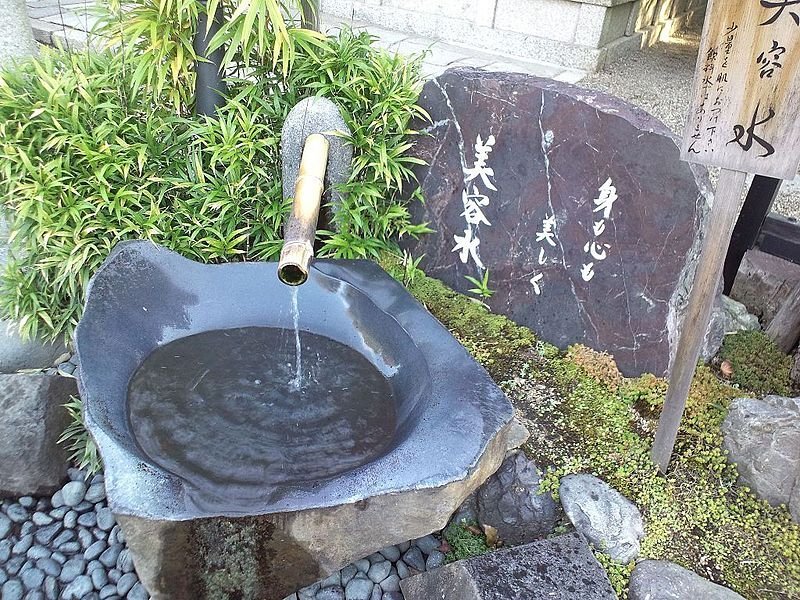 The Yasaka Cry, located in the Gion district in Kyoto, is often referred to as the Gion Shrine. The shrine is one of the most famous shrines in the city of Kyoto and is located at the end of Shijo-dori Street.

The grounds of the shrine include several buildings and gates. Including the main hall and also a stage.

Every year, Yakasa Shrine hosts numerous events and festivals that are important to the Japanese and is a popular destination for many visitors to Kyoto City.

The Yasaka Shrine respects the gods Susanoo-no-mikoto, Kushiinadahime-no-mikoto, and Yahashira-no-mikogami. Above all, Susanoo-no-mikoto is an important god in Japanese mythology, known for his victory over Yamata-no-orochi (a great serpent with eight heads: a symbol of numerous disasters).

The main hall of Yasaka Shrine has a unique architectural style. It shares this style with the worship hall and, although the two buildings are separate, they share a turret roof. Visitors can see the dance stage to the front of the main hall, along with hundreds of lanterns that are lit at night.

This large stone gate or torii was built in 1646. It has collapsed twice since but been rebuilt and replaced on both occasions. The last such incident was in 1666. It has been declared an Important Cultural Property and visitors can marvel at this stone gate as it proudly stands watch over the shrine grounds.

In front of the shrine, there is a fresh spring whose waters are said to polish beauty and improve the health of one’s skin. It’s called “beauty water” by worshippers and is especially popular with young women. The shrine also sells beauty amulets and in November has blessings for the improvement of beauty.

These portable shrines are believed to be divine. They’re paraded through the streets every year only during Gion Matsuri. This practice began in 869, as a way to ward off an epidemic plaguing Kyoto.

Gion Matsuri is Kyoto’s largest festival which takes place throughout the month of July by the Yasaka Shrine.

Yasaka Shrine is located in the Gion district of Kyoto, and is not too far from the very popular shopping streets that feature the sannen-zaka and ninen-zaka steps.

Whilst most shrines close at night, Yasaka Shrine in Kyoto stays open at all times. By being open at night, the shrine lights up and becomes a bright spectacle in the middle of Gion.

As the sun sets into the west, Yasaka Shrine in Kyoto's Gion district becomes enshrouded in mystery and magic. A must-see for any visitor at night.

Yasaka Jinja is one of the most famous Shinto shrines of Kyoto. It was founded over 1350 years ago.

Kyoto Yasaka Shrine in the morning

Yasaka Shrine has been there since before Kyoto became capital of Japan. Its gods have been reverently worshiped for 1300 years and it is still a really popular place -- more than 1,000,000 people visit it on New Year’s Day. But today, when I came here on an early morning late in November, only a few people were to be found. The precincts were clean and fresh, bells under the shrine building were brilliantly shining, and the purity of the morning made me feel still and tranquil. It is quite centrally located, and the nearest bus stop is Gion.

Emperor Ichijo loved Gion Shrine so much, that in the year 991 he added it to the Imperial list. The roof was built with stunning Japanese cypress.

Yasaka Shrine in the Early Evening

Yasaka, which is also known as Gion Shrine is an iconic building in Kyoto. It is located close to the Gion district where you may be able to catch a glimpse at the elusive and mysterious Geisha. I came over during the early evening to take a walk and the place was beautifully lighted up. There are not too many people strolling through the shrine in the evening, giving a peaceful atmosphere not available during the day.

Yamaboko Junko: A Pictorial Overview of the famous Gion Matsuri in Kyoto, Part 3!

At New Year in Japan's former capital of Kyoto, Karuta Hajime is an annual event where a popular traditional card game is played by women in period costume.

In the quiet of the early morning, Kyoto's Yasaka Jinja Shrine was quiet and serene, and the lighting was soft and comforting.

Gion Matsuri is Kyoto’s largest festival which takes place throughout the month of July by the Yasaka Shrine.

Gion Matsuri in Kyoto is one of Japan's most famous festivals, dating back to 869 and celebrated every year in July.

Yamaboko Junko: A Pictorial Overview of the famous Gion Matsuri in Kyoto, Part 2!

Setting up for Gion Matsuri

On July 17th every year, Kyoto's Gion Matsuri procession takes place, when 32 festival floats decorated with valuable tapestries parade though the main business area in a tradition that has been kept for over a thousand years.

The fusion of old and new, east and west is seen in Kyoto Machiya and Textiles Museum. The Machiyas or the merchant houses in Central Kyoto are a key part to the Gion Matsuri

A lesser known festival that happen just after Gion Matsuri, the Shinko Festival which takes place on the 17 July. Here three big palanquins are carried from Yasaka Shrine and shouldered around the town afterwards. The palanquins represent the deities which are highly connected with the Gion Festival. Join the crowds which number in their thousands to celebrate this festival.

Ancient Traditions of the Gion Matsuri

Be transported by the sounds and sights of Gion Matsuri, a Millennium old festival in the open air art gallery of Kyoto’s old town.

Held at Yasaka Shrine in Japan's former capital Kyoto, the Ebisu Festival is Kyoto's first festival of the New Year, dedicated to the god of prosperity and fortune.

Here is my moment of truth. Coming face to face with the professor of tea in Kyoto’s Teramachi district. In the freshly brewed cup, I see three generations of tea making, all instilled in a single drop of jade dew tea, the essence of unami in Gyokoro tea .

Chionin Wajun-kaikun is in a peaceful area of Kyoto where you can find rest and relaxation for your body and mind.

Enjoy a luxury getaway at Hotel SOWAKA, tucked away in Kyoto's Gion district just moments away from Yasaka Shrine.

Comfortable hotel with spa bath in a room and free breakfast, in the center of Kyoto.

In Japan's former capital of Kyoto, Mimikou udon is a small, inexpensive noodle shop, with a good range of tasty, filling dishes.

Gion Ishi Restaurant Kyoto is on the Shijo Street. Many people pass this place, but few step in to find an Aladdin's cave of gemstones, topped with a delicious restaurant featuring duck, served comfort food style with rice or noodles and a menu in English, Japanese and Korean

Maruyama Park is the oldest public park in Kyoto and a popular springtime cherry blossom viewing spot. It opened in 1886 and is located next to Yasaka Shrine in Higashiyama District. The park was laid out by the well-known gardening expert Ogawa Jibee (1860–1933). As it is one of the most popular places for hanami in Kyoto, it can get quite crowded during the high season in April. The main attraction of the park is a beautiful weeping cherry that is illuminated at night. In the southwest of the park is the Chorakukan Villa, which the Japanese tobacco king Murai Kichibee had built. This property is now used as a hotel.

The Kodaiji is located northeast of the Yasaka Hokanji Temple at the foot of the Higashiyama Ryozen Mountains in Kyoto. The official name of the temple is Kodaiji-Jushozenji Temple. In 1606, the temple of Kita-no-Mandokoro was dedicated in memory of her late husband. Kita-no-Mandokoro was also known as nene. The Kaisando (Founder's Hall), Otama-ya (Sanctuary), Kasatei (Tea House), Shiguretei (Tea House), Omotetmon (Gate to the Sanctuary), and Kangetsudai (Moon Viewing Pavilion) are designated as important cultural assets in Japan. The temple garden is said to have been designed by the landscape gardener Kobori Enshu (1579-1647). The Japanese government has designated the garden as a historic site and a place of scenic beauty. The interior of the main building was originally painted with lacquer and covered with exquisite gold decorations. However, the current building was rebuilt in 1912 after several fires. Kodai-ji hosts modern art exhibitions in spring and fall. These are set up in the rock garden in front of Houjyo and are creatively illuminated at night.

Kennin-ji is a historic Zen Buddhist temple in Higashiyama, Kyoto, Japan, near Gion, at the end of Hanami Lane. It is considered to be one of the so-called Kyoto Gozan or "five most important Zen temples of Kyoto". [Wikipedia]