Hometown of the Haiku master

There’s a rumor that the famed haiku poet Matsuo Basho wasn’t just a master of poetry, but a master of the art of Ninjutsu, the art of stealth, subterfuge and spying. The art of the Ninja!

Matsuo Basho was born in Akasaka, part of modern day Ueno City in Mie Prefecture, in 1644. Basho’s home, Minomushian or "Hut of the Bagworm Moths." where Bashō wrote his most famous poem, "The old pond/ A frog jumps in/ The sound of water,"and the villa he stayed in, Chogetsuken, remain to this day, and is now a popular destination for haiku aficionados. It contains a number of the writer’s personal items and examples of his work. Another local attraction for fans of Basho is just behind Iga Ueno Castle. The ‘House of Basho’ as it is termed, is a strange octagonal shaped building with a roof of compressed cypress bark, and is said to resemble the hat and caped clothes worn by Basho on his many travels. It contains a number of Basho related items including a ceramic statue of the poet only opened to the public during the Basho Festival, held annually on October 12, the date of the great writer’s death.

As a child he served the family of the samurai general in charge of the Iga area, Todo Shinshichiro, and as a personal attendant to Todo Yoshitada, who introduced him to the world of haiku poems. Basho took up haiku in earnest having left the Todo following the death of Yoshitada, and published an anthology of his works titled “Kai Oi”, or Shell Matching Game, in this house before making his way to Edo (modern day Tokyo) where he further developed his own style and started gathering a following.

Over the years, Basho released a number of volumes of verse inspired by his various experiences on the road. Records of the Exposed Bones, A Visit to Kashima Shrine, Records of the Travel Worn Satchel and A Visit to Sarashina all became bestsellers prior to his masterpiece, A Narrow Road to the Deep North, based on his journey to the Tohoku region of northern Honshu. Between journey’s he would often return to his home town, staying at the Chogetsuken.

In late1694 at the age of 50, he set off for his final journey. Bound for Kyushu, Basho fell ill and died in Osaka.

So was Matsuo Basho just a wandering master poet, or was he a master spy? During the cautious years of the early Edo, or Tokugawa period, people were not permitted to travel freely around the country, however Basho managed to obtain permission. His position as a celebrated poet gained him a close access to the nobility. He was able to enter castles and palaces, view the estates of the lords and spend time chatting with them. Speaking directly to the various lords, he would have been able to discover their hidden thoughts as they composed poems together. Wonderful opportunities for intelligence gathering. Take a look at the Basho related attractions at Iga Ueno, and a look at the nearby Ninja House and museum too, and you decide, Matsuo Basho, poet master, or ninja master! 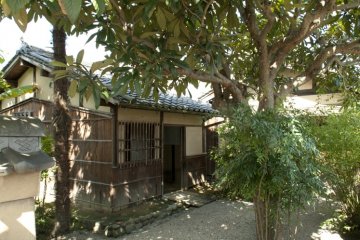 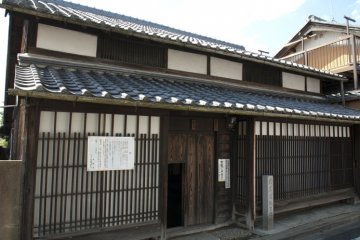 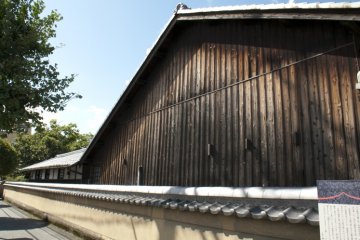 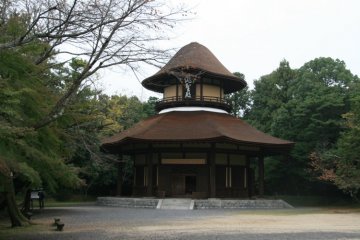