From Haiku, G7 and “Your Name” to Ninjas

Iga-Ueno City, Mie prefecture, is well-known for being the historical center of ninjas clans, and is nowadays a place where you can discover more about the history of these legendary spies. Not only that, for all haiku lovers, it’s also the birthplace of Matsuo Basho, the famous poet. For all castle fans, Iga-Ueno Castle is known for having one of the tallest moats in all of Japan. For temples admirers, the temple area is a road, where temples line up one after the other. And there is way more, scrolling around the city, from cultural experience and workshops to nice cafes and shops!

The first stop on my trip was to the castle park, where the ninja museum, Matsuo Basho’s memorial and the castle are located.

The small museum dedicated to Matsuo Basho is the first monument that appears in view when entering the park from the station. If you keep going further, the Haiseiden—Basho’s memorial—will appear. It was designed to resemble a traveler, with the traditional hat that Edo travelers were wearing, a tribute to the poet. Surrounded in green, the memorial is quiet and peaceful –as much as we can imagine the haiku poet being himself…

A little bit further, and you’ll see the moat of the castle. The castle itself is really interesting too. It was built in 1935, as a cultural center, a little bit before Basho’s memorial (1942), which is why the rooms are higher than in most traditional building. The castle itself has a long history. Originally built by Takatora Todo in preparation for a battle against Toyotomi in 1611, the castle was destroyed by a tempest and not rebuilt to show allegiance to the Tokugawa Shogunate. The ceiling in the last floor was made by a variety of artists in the 20th century. It’s composed of a lot of small paintings, and is worth seeing.

Not far from the park, at the Iga Center for Traditional Culture (Iga Dento Densho-kan), it’s possible to try a traditional Japanese craft, the Kumihimo. These decorative braided cords are tied around a kimono's obi, which can also be seen in popular culture such as the anime, “Your name”. It’s about braiding together a number of threads, to create a pattern. An enjoyable workshop is available here: 1100 yen for 20 minutes to make a bracelet or key ring, by braiding 8 threads together. Repeating the gestures, looking at the tangled threads creating a pattern is quite therapeutic. A room dedicated to the art and history of silk and braiding is to be found upstairs. It’s very interesting, and with English translations provided. The workshop can be done up to 50 people.

Further away in the city, near Hirokoji station (accessible from the ninja train, one station away from Uenoshi), is the old temple area. It’s a long paved road, where temples from Edo period and before are lined up. The temples’ roofs and bells, answering one to each other, is impressive, and the quiet atmosphere of the road, where you can wander inside the temples, has a melancholic quality to it.

Finally, just a few meters away from the temples road, there is a shop specialized in regional alcohol, would it be wine or sake. The owner can make presentations on the local sakes if asked in advance –a good opportunity to learn more about the 7 different sake breweries that operate in the region, thanks to a clay soil, perfect for rice, especially for the one used for sake production. Don’t miss it if you want to try and learn more about Hanzo sake, the one that was served as the toast for the 2016 G7 !

From Uenoshi station, go to the castle park for the castle and Matsuo Basho memorial. The kumihimo workshop is also in the park.

For the temples and sake tasting, go to Hirokoji station, one stop away from Uenoshi station. It's also possible to walk there. 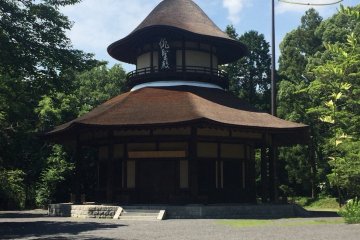 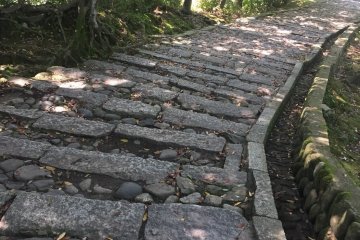 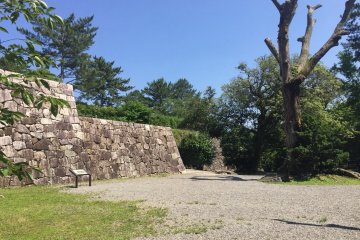 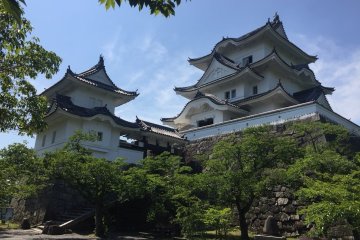 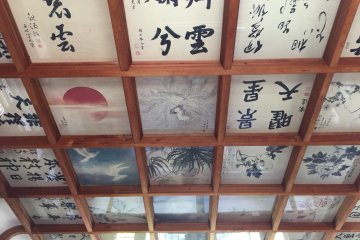 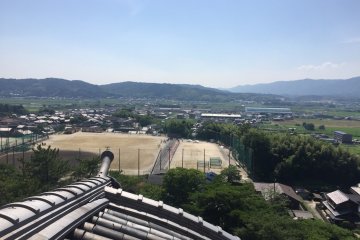 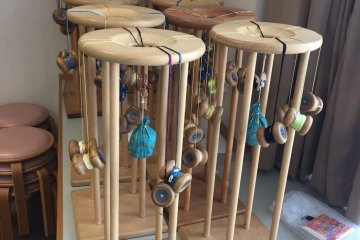 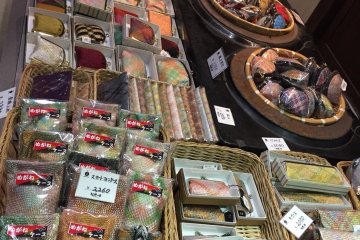 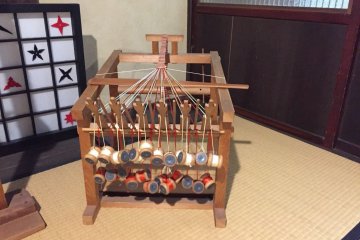 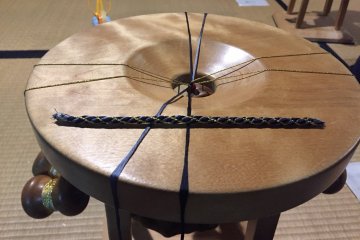 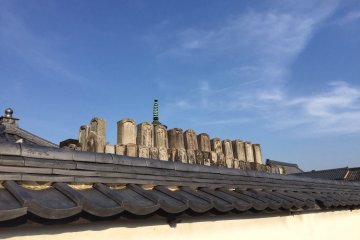 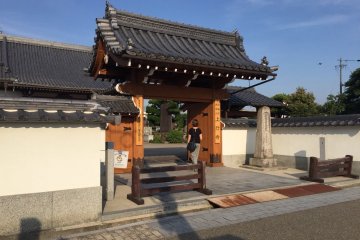