The Kannon behind some magnolia blossoms. (Photo: Andrew Kehoe)

In Tohoku there are a few notable places for cherry blossom viewing, Hirosaki Castle in Aomori and Mogami Park in Iwate are likely the most popular. Probably overlooked by many is Funaoka Castle Park in Ogawara-machi. The Shiroishi river flows lazily eastward from the stunning Ou Mountains and lining the banks are over 1,000 cherry trees. What makes this place extra special is the large Kannon statue atop a small hill affording magnificent views both East and West of the river and the cherry trees that bloom beautifully along side it.

A 20 minute hike is all it takes and you will find yourself staring quietly at the snow capped mountains and slowly tracing your eye along eight kilometers of cherry trees divided by the dark water of the river in between. Don’t let the cherry trees on the river steal all your attention. The lookout from the hill is also densely packed with cherry tress, plum trees and an expertly maintained garden of numerous other flowers like daffodils and poppies. It should come as no surprise that cherry blossoms make everything look amazing. The large statue of the Kannon looks mundane compared to the other amazing Buddhas around Japan. However, towering over a sea of cherry blossoms, it becomes a transcendent piece of art that no photo will likely capture well enough to share with those who haven’t been.

April is Cherry Blossom season in Funaoka Park and there is limited parking. The town office suggests coming by public transport and then taking a 10 minute walk from either JR Ogawara or Funaoka Station. Entrance to the park and festival is free! There is also a funicular car for those that have difficulty with the hike but it does cost about ¥500. If you can, choose the hike over the car, as the cherry blossoms and other flowers line the path all the way to the top. Also during the festival, you can take a boat for ¥1000 and float along 2 km of the river viewing the cherry blossoms from the water. During the cherry blossom festival there is also a special treat in the evening from 6PM to 10PM when they light the cherry blossom trees from below all over the park.​

At the base of the 305 meter hill is a large festival area with grilled everything, sweets, souvenirs and a special dango (a rice flour dumpling) made with a sweet floral sakura sauce. You can even try a local favorite “konnyaku” which is a fried gelatin made from the root of a plant called “devil’s tongue.”

Roughly 40 minutes by train south from Sendai Station, cherry blossom festival in Ogawara is one of the best-kept secrets of eastern Tohoku. Make it a point to have a hanami party this year. Get a picnic blanket, pack some food, call everyone you know, and bring your camera. There is a motto about art in Japanese, "wabi-sabi" which is to say, something is beautiful because it's imperfect, or doesn't last forever. Cherry blossoms are the ideal of wabi-sabi, they only last for a few short weeks, but during that swiftly passing time they are one of the most beautiful things on earth. Don't miss your opportunity to experience the brief beauty of cherry blossom season in Ogawara. 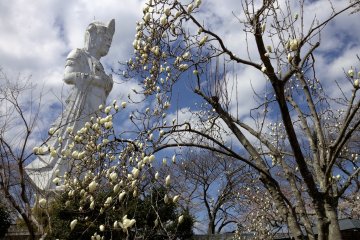 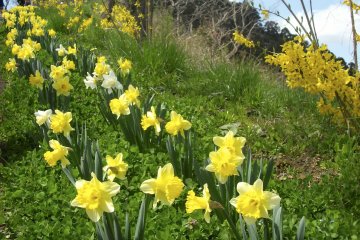 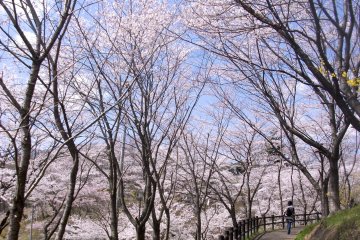 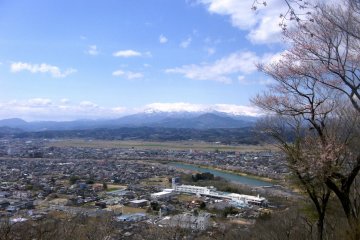 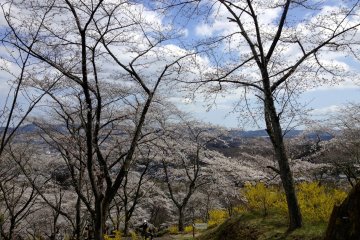 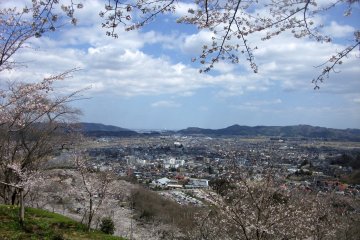 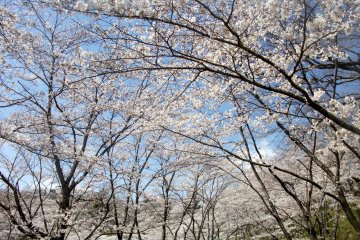 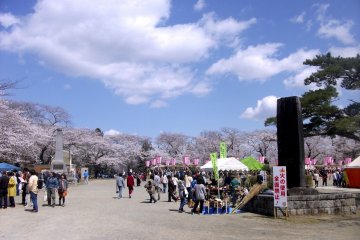 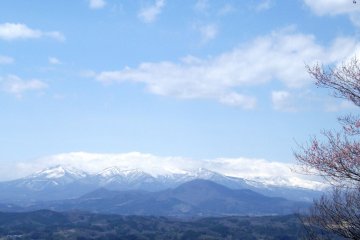 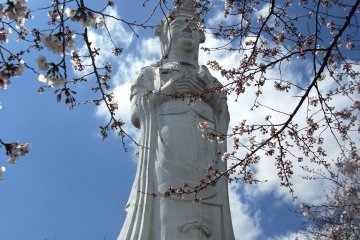