Space info, a rocket, and a view

Whether it is Japan’s love of sharing its culture, or the local government’s excuse to spend money, Japan’s abundance of museums on every possible subject makes weekend outings not only fun, but educational (yes, I said it). From massive museums, such as the Tokyo National Museum, to little hidden gems like the Kamakura-kan, its always a surprise what comes next. And next was a giant rocket engine inside a children’s park!!

Located in Daiyama Park in the city of Kakuda, not too far of a walk from either Kakuda or Minamikakuda stations, is the Space Tower Cosmo House. Stroll past the playground, then up the hill with a giant roller slide, and you find yourself at the base of an HII (model) rocket stretching 49 meters into the heavens. Just a few meters shorter is the “Space Tower” and next to it the “Cosmo House.” The structures are a symbol of the city because within the city limits is a JAXA (Japan Aerospace Exploration Agency) center that assists in developing and monitoring satellites. Check out the JAXA Kakuda Space Center here. It’s the pride of the town, attracting some tourism, and undoubtedly providing some local funding and jobs. Kakuda City continues their space theme with the Space Tower Cosmo House.

Pay a few hundred yen and step through the Cosmo House entrance. Hanging satellites, information panels, and lots of bright, shiny things surround you. There are four themes highlighted in this space exploration museum: 1. The depths of space 2. searching the universe 3. soaring through the heavens 4. enlightenment for the future (my translations). Exhibits detail how satellites and rockets are made and work, and how information is gathered and recorded in space. Interesting stuff…if you can read Japanese. Unfortunately, there was no English information when I went. That doesn’t mean the trip is not worth a stop if in the area. The visual exhibits and running film in the theater will give you clues to what’s happening, and the chance to see some Japanese space launches. Plus, we haven’t even made it to the best part of the museum!

An elevator ride with a glass window facing the HII rocket takes you skyward past the city’s colorful rooftops and beyond the trees blanketing the park. The doors open and you are at the top of Space Tower. The 360 degree observation deck offers great views, even when it happened to be rainy the day I went. Kakuda is a smaller city which holds onto most of its greenery. You can even see the mountains in the distance. When you had your fill of eye candy, make sure to head downstairs to the gift shop. There you can purchase space goodies, including astronaut “food” (dried ice cream, anyone?).. 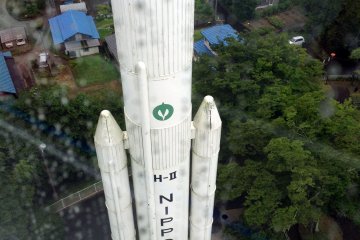 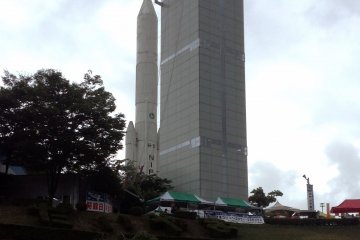 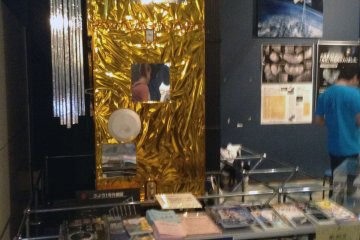 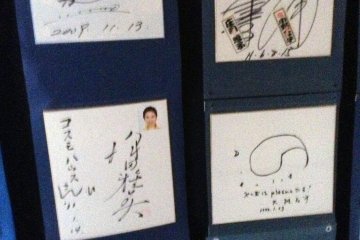 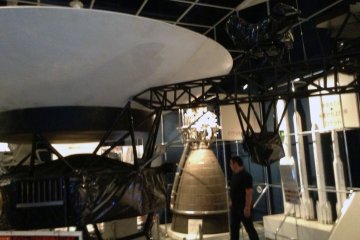 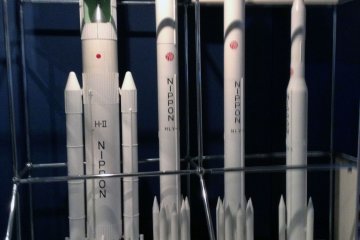 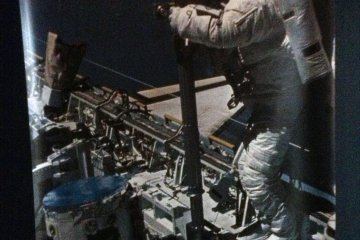 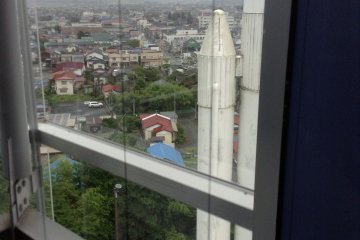 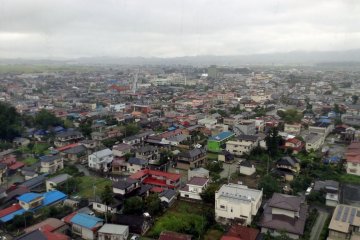