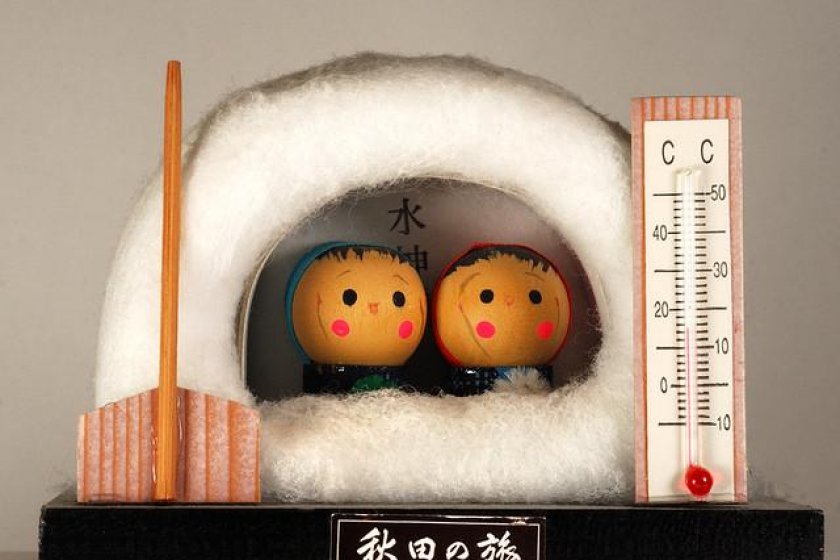 The coolest place in the North with igloos in summer

Tohoku is known for its folklore and traditions, and Akita is no exception. While Akita’s mainstay to fame may be the Namahage, one town in Akita celebrates an icy tradition of its own. Yokote, Akita’s second largest city located in the southeast, celebrates a unique festival every February 14-16th. I’m talking of course about the Kamakura Festival.

As you can tell already by the pictures in this article, a Kamakura is an igloo-like structure. Actually, while an igloo is usually built from bricks of packed snow, a kamakura is hollowed-out from a hardened mound of snow. Each February during the festival, dozens of large kamakura line the streets while many more in number are scattered around town in miniature form. The tradition of building kamakura in Yokote dates backs centuries. Inside the snow houses are offerings to the rice and water gods. During the festival, families picnic and drink merrily while inviting passersby to join them in their wintery shelter. It's the best time to experience Japanese hospitality! Nonetheless, this festival happens in the dead of winter, so there are often few foreigners courageous enough to brave the cold to experience everything. I was experiencing the legendary Sapporo Snow and Ice festival in February, so I missed the festival this year. My spirits rose when I discovered there is a kamakura museum in Yokote for all to enjoy.

The museum itself is a tiny winter wonderland. You will probably spend just about 15 minutes here taking some pictures and heading out. If you understand Japanese, there is a documentary you may watch and posters to read detailing Yokote's love of kamakura. But no one comes for that, it's all about the ice houses. Turn around the corner and you'll see a large refrigerator door. Zip up your jacket and open the metal barrier. Instantly the room temperature dips well below freezing. When you regain your senses from the bitter cold, you're treated to a beautiful site. Snow! Snow everywhere! And there are several kamakura built and preserved to enjoy. Take a picture of a heart-shaped kamakura with your lover, or take off your shoes to sit inside a kamakura big enough for the family. The museum is one of those perfect hidden gems you find as you travel beyond the obvious locales in the Land of the Rising Sun.

The Kamakura-kan, as it is called in Japanese, is a tiny museum a ten minute walk from Yokote station and inside the Fureai Center. Yokote is less than an hour train ride from Akita station via the JR Ou Line. It is not worth a trip in its own, but it is a great addition to spending a day in Yokote. Check it out and don't catch a cold! 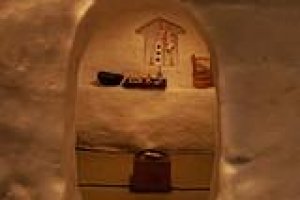 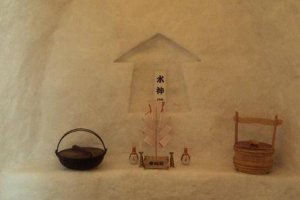 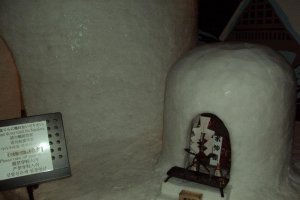 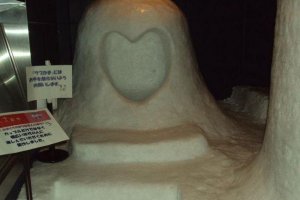 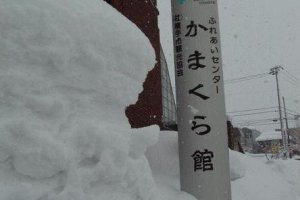