A glimpse into the life of Japan's first civilization

While Japan’s indigenous people are often considered the Ainu, the yet unified nation of Japan's first large scale hunter-gather society is credited as being established during the Jomon period. From about 12,000 BC to 300 BC, before the advancement of agriculture, the Jomon people survived on hunting, gathering edible plants, and harvesting what they could from the sea. The Jomon people lived across Japan, but naturally preferred places with abundant food sources or good fishing. One such place is in modern day Okumatsushima, where the town’s Jomon Village Museum serves as a time machine into the people that lived millennia ago.

On the other side of beautiful Matsushima Bay, visitors to this history and cultural museum first find a strange hut half buried in the ground. This is a recreation of a Jomon dwelling that is rather spacious inside. A hole in the ceiling would act a vent for the communal fire used to warm or cook. After a quick photo or two it is time to head in the museum. The museum prides itself on its collection and information it makes for visitors, even offering tour guide services of the facility. All information is in Japanese at this time. We can learn so much at this museum because a Jomon society literally once lived on the same island (accessible by cars and buses over a toll free bridge). We know that thanks to several shell mounds uncovered in the area.

Shell mounds are the trash heaps of the ancient world. All junk, trash, and waste were thrown into these pits or piles and forgotten about. Thankfully for researchers, materials like animal bones, shells from various shell fish, small stones, and pottery bits were left in these mounds, giving us valuable insight to the diet and lifestyle of early peoples. The centerpiece of the museum is the Satohama shell mound which occupies an entire wall. The real life shell mound is preserved and displayed for all to see. It was designated an Important Cultural Property in 2000.

The museum has many artifacts that they were painstakingly unearthed and made ready for proper display. Fishing hooks and tools made of bone or stone are shown directly across from a large pottery exhibit. The Jomon were remembered for their pottery skill. Jomon pottery is characterized by its rope or cord design which leaves intricate patterns once finished. Some modern technology of videos and a movie room supplement the learning of curious visitors. If you haven’t had enough of a Jomon experience yet, or just want a deeper appreciation of what life was like, do sign up for one of the cultural courses offered.

The Okumatsushima Jomon Village hosts several events throughout the year in addition to their daily culture classes all with the intent to bring you closer to the past. Learn how to make a fire the old fashioned way, shape a rough stone into some fancy jewelry, or make a Jomon style pot…you know you want to. I settled on furiously grinding away for 30 minutes on some deer antler into something I considered not a complete disappointment given my artistic skill. It was then attached to a string to make it into a cell phone strap. I don’t recall seeing any cell phones in that shell mound though. Cultural classes range from 0 to 500 yen.

Traveling in Tohoku and want to learn even more about the Jomon people? Make sure to check out the Sannai-Maruyama Site in Aomori or the stone circles of Oyu in Akita. 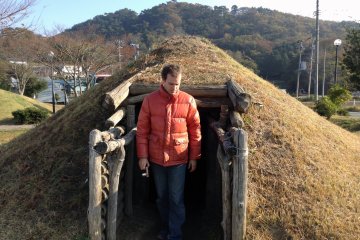 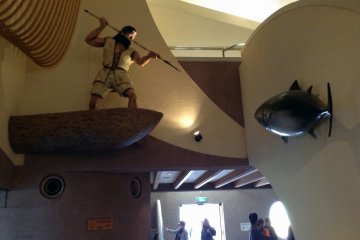 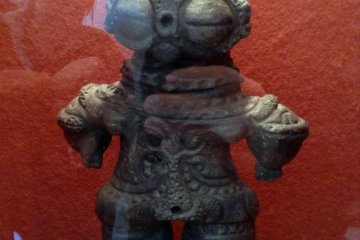 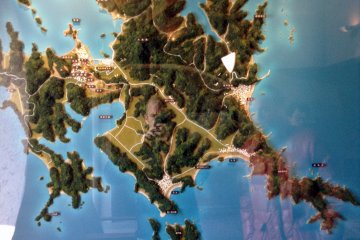 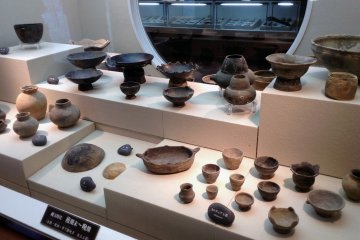 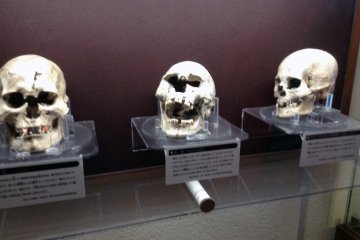 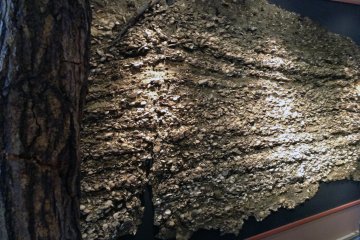 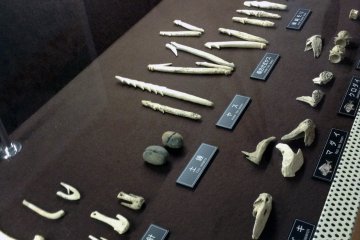 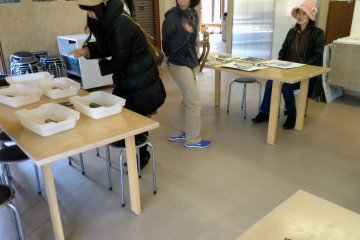