A free look into the world of kokeshi

Kokeshi are limbless, hand-painted wooden dolls with about a 175 year history. They have been described as charming, cute, and calming.This Japanese folkart started around various hot spring resorts in the Tohoku region, but has since spread to other areas of Japan. Traditionally, each of the original dozen or so designs have special characteristics, such as the body shape, colors, or images. In the city of Shiroishi, just a few minutes' drive from the now world famous Fox Village, sits a large roadside building with several smaller workshop studios collectively called the Yajiro Kokeshi Village (弥治郎こけし村). The village is a mix of a few outside studios and a giant two floor builiding. The simple rustic studios contrast with the more modern museum. Both provide a look into the world of Yajiro kokeshi dolls.

Yajiro kokeshi dolls have "a wheel-shaped pattern at the top which looks like a beret cap." The name derives from a small nearby village. Craftsmen in the few outside studios continue to preserve the traditional style, often added personal touches as the traditional art is constantly evoloving with fresh and creative ideas. Unfortunatley I can not comment too much about meeting and greeting the artistians because my limited time only allowed me into the museum. In either case, checking out both places are free, and more importantly, full of wonder.

The main building is a kokeshi vault. Not only are excellent and award-winning kokeshi on display, but the history, culture, and stories behind kokeshi are shared through Japanese and some English signs. It feels like walking through an art gallery. Another area is the museum shop, selling all kinds of kokeshi and a few wooden toys. Most of these wooden toys-- spinning tops, ball-and-cup, blocks, etc-- can be played with in a different part of the museum. A restaurant and modern restroom facilities nearby is on call to satisfy your basic human functions. The restaurant is average price with average taste. But remember average taste in Japan means awesome in some countries. Standard lunch menu set, such curry or noodles, are for sale. The dining area is small so it could be hard to accomadate more than 15 people or so.

The best part of the kokeshi village is painting your own kokeshi. For 700yen you are allowed to go wild with your imagination at the museum painting studio. Simple instructions by a staff member and written explanations in Japanese and English offer some advice. But again, the kokeshi is yours. Feel free to paint it however you would like. I have done this at other kokeshi shops or museums around Tohoku. As a side note, I discovered the Yajiro Kokeshi Village provides larger paint-it-yourself kokeshi to bring home as a gift than most other places. Finally, there is a saying that the kokeshi you paint reflects some of your image. I surely see some of my positivity and dreamlike blonde hair I had in my youth (until the age of 5) in my kokeshi.

Access to the kokeshi village is best done by car as buses are infrequent. It is 8.4 km from Shiroishi Station, making it about a 15min drive. Very close nearby is the Kamasaki Onsen area. Hitchhiking may also work as there is just one main road there (the same to Fox Village). 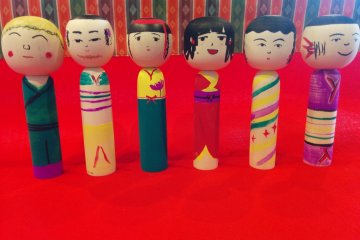 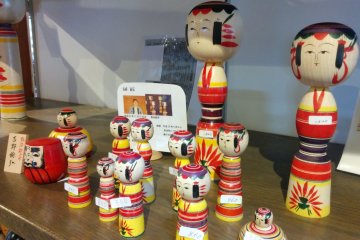 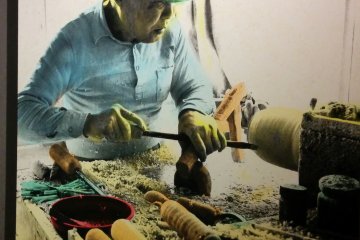 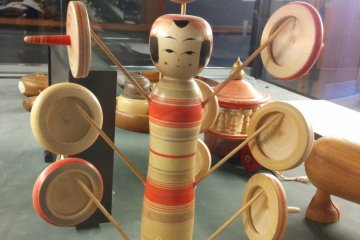 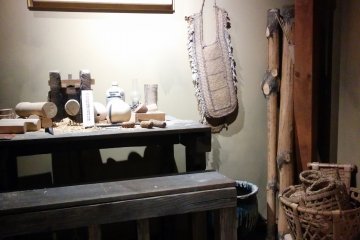 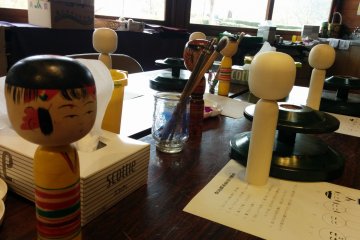 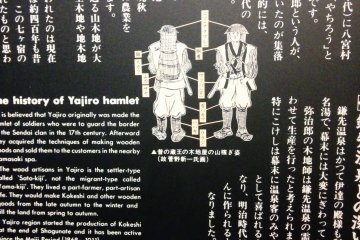 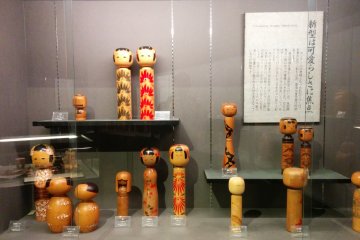 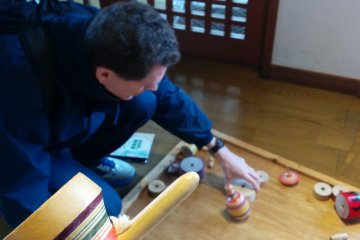