Only shop that manufactures and sells oshie-bina

“Oshie” is a three-dimensional, semi-relief doll covered with recycled kimono silk. It is commonly known to be a decoration for the Hagoita - rectangular wooden racket to play a badminton-like game called “hanetsuki.” Oshie technique appeared in the Muromachi-period (the 14th century), and different regions of Japan made their own developments. Matsumoto oshie-bina is regarded as special among the rest. During the Edo-period in the 17th -18th century, oshie was a skill that upper-class Samurai ladies had to know alongside the tea ceremony, ikebana art (flower arranging), and needlework. Those upper-class ladies brought the oshie skills and culture from cultural center Kyoto to Matsumoto. At the end of the Edo-period when the Samurai prosperity was dismantled, those Samurai ladies in Matsumoto started to sell their oshie to the public. However, the dolls then began to be mass produced on the assembly-line, and the quality of them got lost resulting in them gradually becoming unpopular.

In the 1950’s, the family of Mr. & Mrs. Mimura opened a shop named “Bell Ami” and started to create oshie. They knew there was a demand from people who were concerned about losing the culture of oshie-bina.

The shop’s name “Bell Ami” (Japanese pronounce it as “Berami”) means “beautiful friend” in French. It was named by a fashion designer, Ichiro Kimijima, who was a friend of the Mimura’s. Mrs. Mimura used to make Japanese dolls and was a dancer, so she had a good background for making oshie dolls. Up until now, the Bell Ami doll shop creates oshie dolls with superior skill. There are many beautiful oshie-bina displayed in the shop along with stunning collectible oshie-bina made during the Meiji-period in the late 19th century. They attract many doll fans that come to have a look. Besides oshie, the studio produces Anesama and Tanabata paper dolls.

I first visited the Bell Ami doll shop in 2012 and was so charmed by it. I browsed around for a long time, purchased a couple of paper dolls, and then asked to take a photo of the owner, Mimura-san. He agreed and invited his wife to join us as he kindly showed me around the shop. In 2015, I visited Matsumoto again and wanted to see that shop and the Mimura Family. I prepared a gift for them – a cloth doll made by me and their framed photo taken in 2012. But, I was met by an unknown younger woman in the Bell Ami doll shop. I showed the photo and asked about the Mimura Family. The woman told me that she was their son’s wife and immediately called Mrs. Mimura. Unfortunately, Mimura-san had died a year ago and I couldn’t meet him anymore. Mrs. Mimura was very happy with my gifts. In return, I received very beautiful Anesama doll. 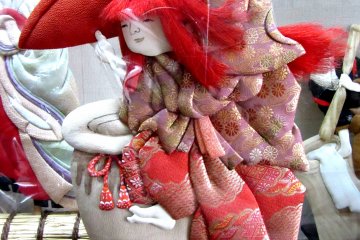 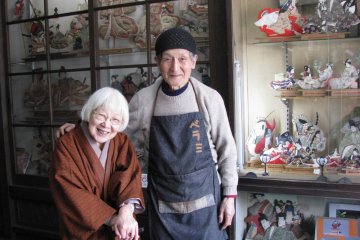 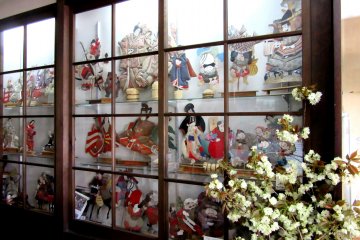 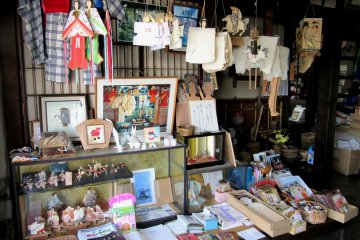 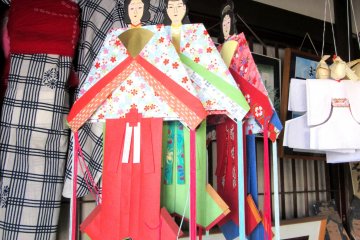 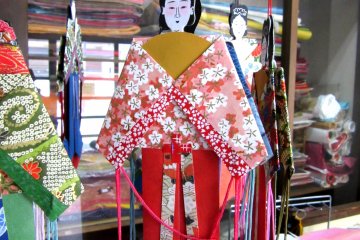 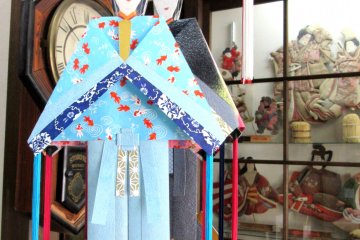 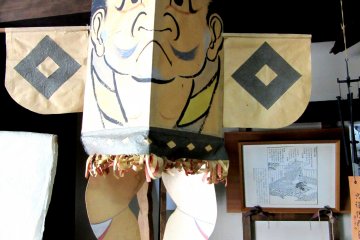 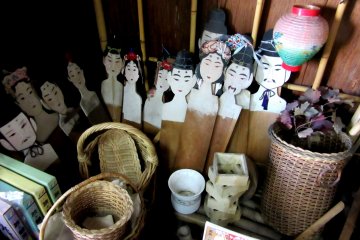 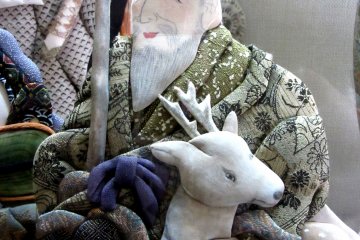 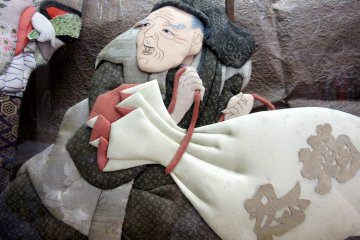 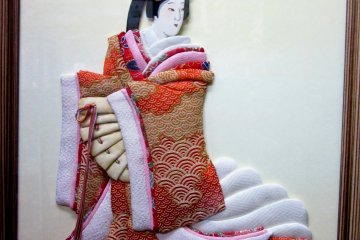 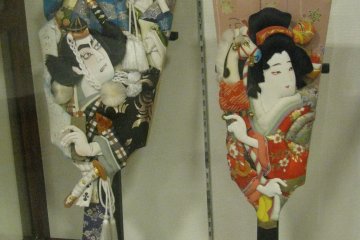 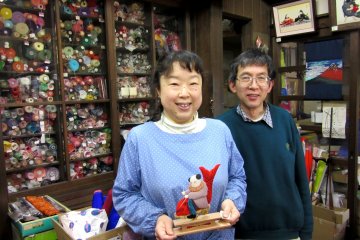 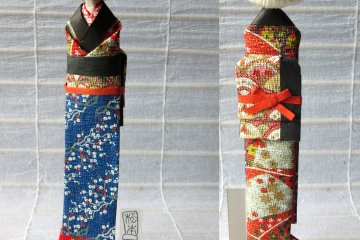 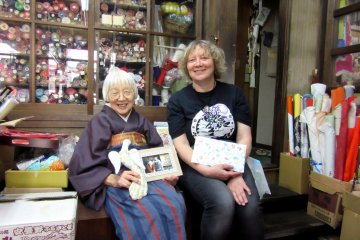 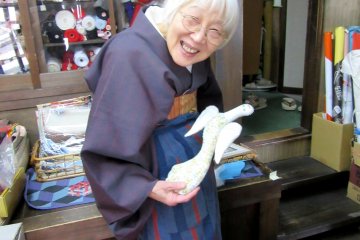