Soul-Cleansing for the Tokyo day-tripper

Although Bessho Onsen is a quaint hot spring town with an impressive history, it's very small, and very quiet. (Don't get it mixed up with Beppu Onsen, Japan's thermal wonderland, in Kyushu). If you visit Bessho on a weekday, when no events are scheduled, you might want to bring a friend.

Get ready to slow down

From Ueda Station on the Hokuriku bullet train line, take the Ueda Electric line for Bessho Onsen. Some of the stops along this thirty-minute, double-car ride amount to little more than a block of cement by a cabbage patch. There might be seven silent people dispersed about the benches with you. This single-track chugger, arriving at the empty wooden station that is your destination, seems like something straight out of the classic Ghibli animated movie Spirited Away.

If you're thinking this place is just what the doctor ordered, it could be that you, too, are suffering from TTSD (Tokyo Traumatic Stress Disorder). You should check this place out.

From the station, just walk. Take it slow. If I forgot to mention it, this place is pretty small. The temptation to find a map, and do something ambitious, like exploring in the hills beyond town, disappears quickly. Why bother? For soaking there are several public baths (the ¥150 kind), a few small inns to consider (in case you want to stay longer), and plenty of history to take in. Just unwind. There's zero noise pollution; the air is pretty fresh.

A wealth of history

These springs had already been settled for centuries when the fierce warrior Yoshinaka Minamoto galloped into Shinano to muster forces against the Taira, in the year 1180, and burned the original Bessho temples to the ground. Long before, poet Sei Shonagon had referenced the town (by an older name) in her famous work The Pillow Book (c.1010).

In fact, Bessho is said to be one of Japan’s oldest hot springs, and Nagano’s oldest, known at least from the time that nearby Zenkoji Temple was founded (c. 625). Rebuilt in 1252 after Yoshinaka’s whirlwind visit, it became popular in later centuries with betrothed ladies because (take note!) its thermal waters were said to make a woman’s skin more beautiful. After a dip in one of the public baths – and a non-descript bath, at that – I noticed that even mine was greatly improved!

Bessho's "North-Facing Kannon" temple is a rarity in Japan, as few Japanese temples are built facing north. It is said that praying at this temple will remove evil from your life. Far across the distant valley, low on the horizon, is a range of mountains, snowcapped in winter. Somewhere to the north is the "South-Facing Kannon," at Zenkou-ji Temple, harkening from beyond the swift-running Chikuma river. If you really want to expel your demons, you must pray before the deities of both temples.

There are just a few places to eat in Bessho, much more local in vibe than touristy, and the favorite dish here is buckwheat noodles. Simple fare. People out here are polite, but also just plain people. There's a visitor center, and a souvenir shop or two, on your way back to the station.

Good for a day, better for longer

This is an easily missed corner of Nagano, with a colorful history and countless places to explore. You could visit nearby Unnojuku after your foray to Bessho, if you want to see some fine old architecture, and still get back to Tokyo in time for dinner. Zenkou-ji is not too far for a quick visit (and that second prayer!) Much better, you could treat yourself to a really nice hot spring bath at one of the venerable Bessho inns, and make it an overnight affair.

And feel that TTSD just dissolve away.

It takes 90-100 minutes from Tokyo to Ueda on the Asama Shinkansen (bullet train), then about thirty from Ueda to Bessho Onsen station. 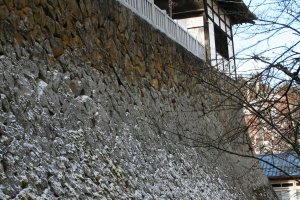 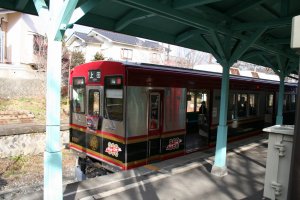 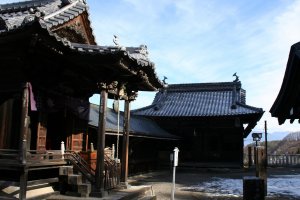 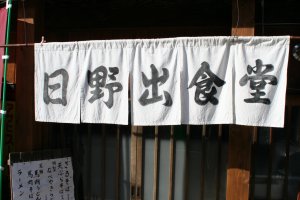 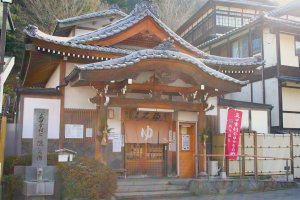