An architectural treasure in Nagano

Before I pitch a visit to this gem of architectural history, a word of caution: if you like throngs of sightseers, busy souvenir traps and long, clamorous lines outside noodle and ice cream shops, Unnojuku is not the day trip for you. This old post town in Nagano Prefecture is a portal to the past, and can look rather like a ghost town on a chilly, mid-winter’s day. The food here is for thought, what you take away, for memory and the imagination.

Ninety minutes or so from Tokyo on the Hokuriku Shinkansen, and a short taxi ride from Ueda Station (or a twenty-five minute walk along the free-flowing Chikuma River), Unnojuku was a wayfarers’ stop and sericulture (silkworm raising) center in Edo and Meiji times. Today this old streetscape, with dozens of well-preserved structures hundreds of years old, is designated as one of Japan’s National Conservation Areas.

In fact, the history of this location dates to the Heian and Kamakura periods, when the surrounding lands were controlled by the Unno clan. Centuries later, when Japan was united under the Tokugawa government (1600-1868), Unnojuku was born (“juku” meaning a place to stay, or lodge). Ideally situated on the North Road, which was used for the transport of gold from Sado Island to Edo, and by pilgrims traveling to and from ancient Zenko-ji Temple, the town's prominence and wealth quickly grew.

Some of the architectural styles preserved here, such as the ornamental projecting shoulders (sode udatsu) on the large inns, are as striking as any to be found in Japan, and a sign of the prosperity the town enjoyed. Along either side of the stone brook one sees intricate, Unno-style latticework, decorative tile facades, basic projecting shoulders (hon udatsu) which served to hinder the spread of fire, heavy beam construction, and the fine finishing work so typical of this period of Japanese town architecture.

Because the area turned to sericulture in the Meiji era (when traffic on the highway fell off due to the construction of railroads), numerous structures were modified with secondary, ventilated (kinuki) roofs, and other features unique to the keeping of silkworms. It is this variety of architectural specimens from the middle Edo period to the early Meiji era, and the combination of functional and decorative elements, that make Unnojuku such an invaluable cultural asset. No wonder it is included in Japan’s “One Hundred Best Roads” collection.

On a quiet weekday you may find that just about everything along the street is closed. If you prefer music and dancing, come for the “Fureai” festival in late November, when characters in period garb fill the streets. In warm months, when the willows are green and the flowers blossoming, the soba and coffee shops will be open, allowing you to relax inside, sip tea and nibble sweet manju, while observing passers-by like a wealthy Japanese traveler of long ago.

Shiratori Shrine, a vestige of the days when the legendary warrior Minamoto Yoshinaka (1154-1184) came here to muster forces against the Taira, stands at the south end of the street. Here a massive Zelkova tree, over seven hundred years old, shades a small fountain and the surrounding grounds. If old Japanese architecture isn’t your thing, you might want to have a look at this tree, and ponder all that it has witnessed over the centuries.

Take the Nagano Shinkansen to Ueda (even the fastest trains stop here). Then take a taxi to Unnojuku, or find your way to the Chikuma River, and follow it upstream for twenty minutes. Switching to the Shinano Line at Ueda Station is another option; take it two or three stops - to Oya or Tanaka - for a ten minute walk to your destination. 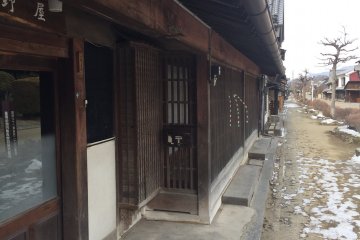 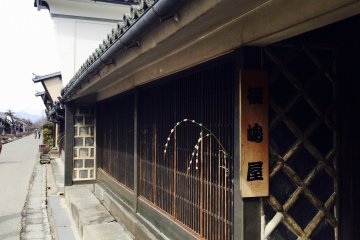 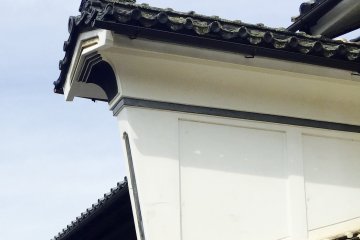 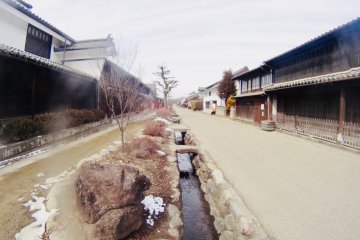 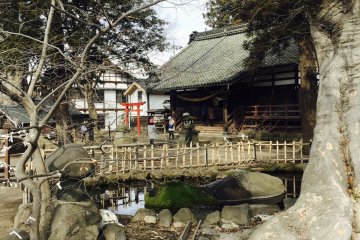