A. C. Shaw and his chapel in Karuizawa (Photo: Tomoko Kamishima)

Karuizawa has been a famous mountain resort area since 130 years ago. Owning a summer cottage in Karuizawa is a status symbol among the wealthy in Japan. But the very first cottage was not built by someone rich, but by a conservative foreign missionary. As you might know, summer in Japan is hot and humid. The missionary was bothered each summer by the heat and mosquitoes in Tokyo, and so was looking for somewhere to escape to. In 1885, he discovered this highland heaven sitting at the foot of Mt. Asama.

In 1868, a civil war (Boshin War) broke out in Japan. The battle began in western Japan, but soon spread to several places in eastern Japan, including Niigata and Fukushima. At that time, most of the Japanese doctors didn’t know many surgical techniques. So, the Japanese government asked a British surgeon, William Willis (1837-1894), to go to Niigata for the treatment of injured soldiers. Willis left Yokohama on August 20th and reached Karuizawa on the 24th. It means he arrived at Karuizawa in the middle of the summer. Willis excitedly reported to the British Minister that the temperature here was at least 10 degree lower than in Tokyo. And what was more…no mosquitoes! The temperature and mosquitoes were the big problems for foreign residents in summer in Tokyo. This is the first record of anything about Karuizawa written by a foreigner.

Alexander Croft Shaw (1846-1902), an Anglican missionary, visited Karuizawa with his friend, Dickson, in 1885. Shaw was born and raised in Canada and took holy orders. Soon he had a position as chaplain belonging to the British legation in Japan. He might have learned about this nice, cool, highland town from Willis’s report. Anyway, he arrived at Karuizawa and was really impressed. He was sure that his joint pains would heal up by staying here. He called Karuizawa “an outdoor hospital.” Coming back to Tokyo, he told everyone about Karuizawa and introduced it as a summer retreat.

According to his son, Ronald, Shaw first decided to bring his kids to Karuizawa while he stood on a beautiful mountain pass commanding a fantastic view of this highland town. The following year, he bought an old house and reformed it as his summer cottage. The layout of the house was quite simple and functionally excellent. First, he held church services on Sundays in his cottage, but quickly ran out of room. So he built a chapel. His Japanese neighbors were always curious about his behavior. He was friendly and tried to be open to everyone. Shaw soon developed a good relationship with them. He taught them how to swim, and how to keep ice in the house. Later, 150 ice ponds were constructed in Karuizawa and ice manufacturing became a thriving local industry. He also introduced Western plants such as cabbage, rhubarb, and raspberry to the area.

Shaw’s background and his life in Tokyo

Shaw’s ancestry was from a prestigious Scottish family. They emigrated to Canada and worked for the development of Toronto. His family was running a magnificent farm there when he was born. After he graduated from university, he became an Anglican missionary and was dispatched to Japan when the ban on Christianity was lifted.

In 1873, he docked at Yokohama via the U.S. from Canada. A line had not yet been established between Canada and Japan. A half year later, he got a job to teach English to the children of the distinguished writer and educator, Yukichi Fukuzawa (1834-1901), the man whose image is on the 10,000 yen bill! In 1879 he established up St. Andrew’s Church in Azabu. He applied all his energy to this church until the end of his life at age 56 in 1902. He was buried in Aoyama Cemetery.

Around 1897, more than 500 western foreigners stayed in Karuizawa in the summer. A few Western-style hotels such as the Manpei Hotel opened and offered services for foreign guests. Then, high-ranking Japanese government officials and business executives started to enjoy vacationing in Karuizawa. Some of them brought their children and attended the Sunday services at Shaw’s chapel. Shaw’s chapel was open to everyone:

Here are a few other 'Karuizawa Highlights' from the last 50 years:

Today, Karuizawa has 14,000 summer cottages, while year-round abodes number only 8,800. A common piece of land in the cottage area is about 3,300 square meters. Why not buy one yourself and spend delightful summer vacations here?! 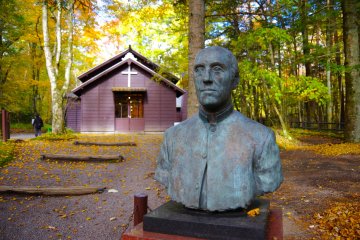 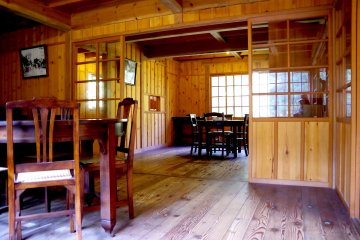 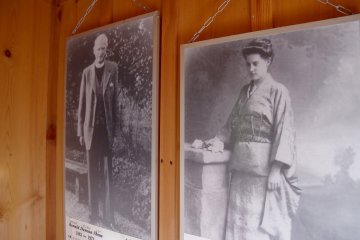 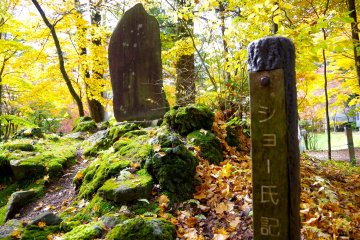 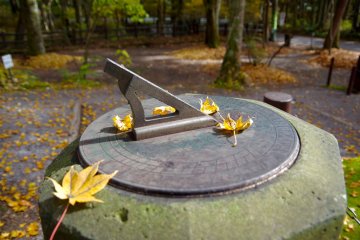 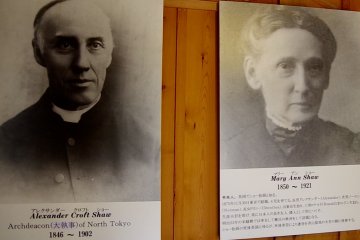 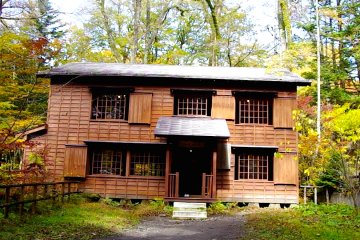 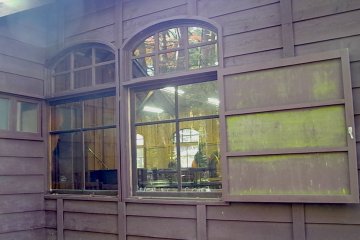 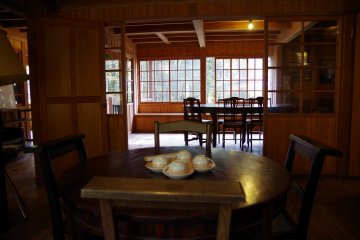